18 1/2 doesn't entirely work, but at least it tries something new. 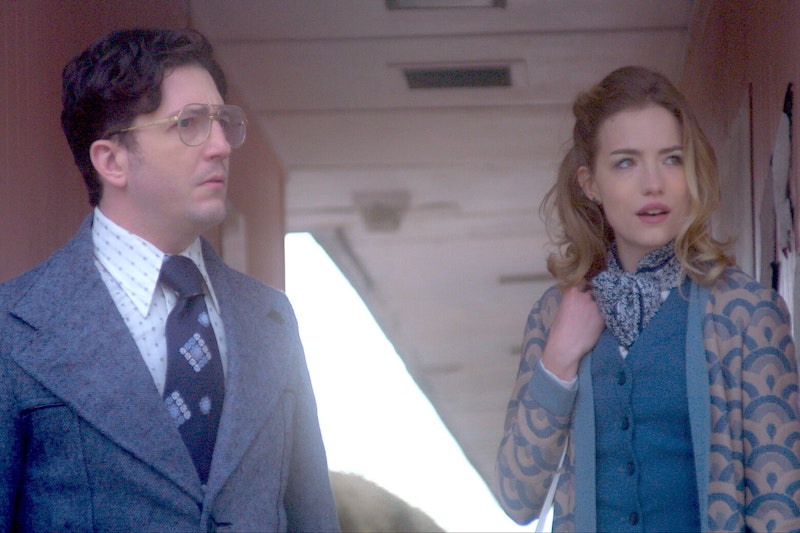 18 1/2 isn't the best movie about Watergate or the worst. But it's certainly the weirdest. The film, out this week, is an absurd comedy/drama set against the backdrop of the Watergate scandal, and unlike most Watergate movies, the main characters aren't based on real people. If you're a buff looking for a wonky take on the scandal, that's not really what this is. But it’s entertaining, and it leads up to a couple of satisfying payoffs.

The best movie ever made about Watergate was All the President's Men in 1976, but close behind was Dick, the satirical comedy that came out in 1999. Andrew Fleming's film used comedy to fill in various then-unknowns of the Watergate story. In Dick's telling, "Deep Throat" was in fact a pair of teenage girls, and Woodward and Bernstein kept their identity secret for decades not to protect their anonymity, but because they were embarrassed. Dick "explained" the 18 1/2-minute gap in the Watergate tapes as one of Nixon's teenaged dog walkers confessing her crush on him, and Nixon erasing it out of his own embarrassment. (I always liked Arlo Guthrie's theory, that it wasn't a coincidence that the gap was the exact length as his song "Alice's Restaurant.")

18 1/2 has built an entire movie out of a different what-if about the gap, one that goes in some surprising directions. The film, directed by Dan Mirvish, is set in 1974, and its heroine is Connie (Willa Fitzgerald), a government transcriber. She stumbles into a recording of what was on the White House tape with the gap and takes it to a journalist (John Magaro, from First Cow.) Just when you think this is going to be a fact-based political thriller, it suddenly turns into a very different movie in the second act. The transcriber and the journalist go looking for a way to play the tape, and in doing so end up at a motel favored by hippies, posing as a couple. Most of their time there is spent with an eccentric couple (Vondie Curtis-Hall and Catherine Curtin).

The film drags in its middle section, but great payoffs are waiting at the end when we hear the tapes, and get a trio of actors (Bruce Campbell, Jon Cryer, and Ted Raimi) riffing as Nixon, Haldeman, and Alexander Haig. It’s simultaneously very funny and very believable. Meanwhile, the best joke in the movie is that it takes the characters forever to figure out the logistics of playing the tape, but once they do, they keep getting distracted, first by sex and later by a brawl—therefore leaving historically important material unheard. The first of what might be a wave of Watergate-related media content, as the 50th anniversary of the break-in approaches, 18 1/2 doesn't work entirely, but gets credit for going in a new direction with this type of film.