A round-up of new films including Pleasure, The Survivor, Happening, and more. 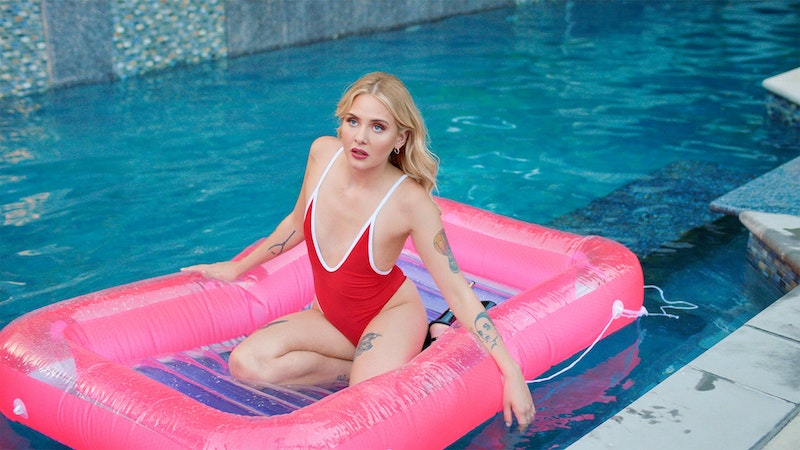 —The Survivor: A true story so compelling that I'm surprised it hadn't been made before, The Survivor is about Harry Haft, a Holocaust survivor who was made to box in Auschwitz for the amusement of the Nazis. After the war, he came to the U.S. and had a brief boxing career—once fighting Rocky Marciano—and lived a long life, surviving into his 80s. Ben Foster portrays Haft, convincingly, at several different ages, and the film has great things to say about inherited trauma, especially the specifically Jewish kind. Director Barry Levinson, making his best film in many years, capably juggles a strong supporting cast that includes Vicky Krieps, Billy Magnussen, John Leguizamo and Danny DeVito. The film, which premiered last fall at the Toronto International Film Festival, concludes with a clear homage to a certain 1970s film, which is rendered just differently enough that it works.

—Happening: This is a film that’s arriving with impeccable timing. Winner of the Golden Lion at last fall's Venice Film Festival, director Audrey Diwan's film is the story of a young woman in 1960s France who gets pregnant and seeks an abortion. The film’s based on an autobiographical novel by Annie Ernaux. Played by Anamaria Vartolomei, protagonist Anne must get through her studies without anyone discovering her pregnancy, and find an abortion at a time when they were neither legal nor safe in that country. Dirty Dancing, many have pointed out of late, had an abortion subplot; Happening is set in the same year, 1963.

About 15 years ago, Judd Apatow's Knocked Up could barely speak the word "abortion." More recently, there have been movies about the topic, from the PBS documentary On the Divide to two different films this year about the abortion-facilitating group known as the Janes. Happening may be the best of them—it has the bearing of a thriller, but is ultimately grounded in the gravity the subject demands.

—Nitram: This film, directed by Justin Kurzel, tells the backstory of a character based on one of Australia's most notorious mass shooters. Nitram (based on the real-life Martin Bryant) is a mentally-handicapped young man prone to spams of violence, and was responsible for the Port Arthur Massacre in 1986. Caleb Landry Jones has had supporting actor roles in the likes of Get Out, Three Billboards Outside Ebbing, Mo., and Twin Peaks: The Return. Here, he steps into a lead role, and expertly embodies this man, without overacting. It’s a chilling, very uncomfortable portrayal. It doesn’t attempt to excuse his crimes, but rather explains his sad story. Anthony LaPaglia and Judy Davis play his parents, while Essie Davis (wife of the director) portrays a woman who befriends Nitram. Nitram is streaming on AMC+.

—Playground: Laura Wandel's debut film is a heartbreaking story of schoolyard bullying which finds a new way to approach that topic. The film’s told, in more than one sense, at a child's level. The camera is kept low, and we're given an industry of the action as the kids would see it. We see a sister witnessing her brother being bullied, and eventually brought to a wrenching choice. Now available on VOD after brief run on Kanopy, Playground approaches bullying without the manipulation and smugness that Hollywood has brought to the subject before. The 2011 documentary Bully would’ve been a total failure even if hadn't been released by The Weinstein Company.