Since all network shows are doomed to eventual lameness, let's start treating characters like athletes. 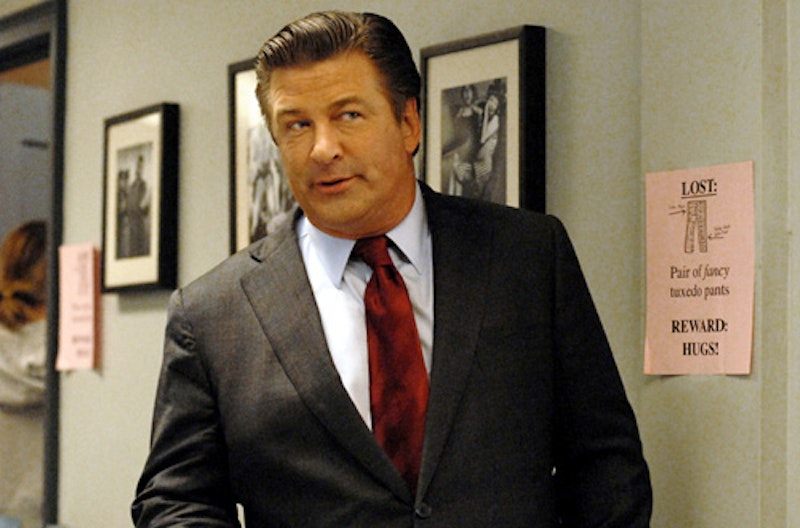 As the television season skids to a screeching halt, the slew of tired season finales will ultimately disappoint us. You know this. The writers, actors, and network executives all know this too. TV shows, as we know them, have ultimately run their course.

The shelf life of modern network television show—with exceptions like Friends, ER, and CSI—cannot last longer than four, maybe five seasons. A program its hits natural peak around season two/three when the underlying conflicts ultimately culminate and result in a nauseatingly predictable resolution. The gift-wrapped, audience-pleasing resolution kills the driving force of entertainment leading to an infusion of new characters or a soap-style kill off. Viewers usually don't buy into it; ratings drop; the network execs throw in the towel and try to win us over with a Skeet Ulrich.

If reality TV taught us anything, Americans are a character-driven fan base. See, Richard from Survivor. See, Lou Dobbs from CNN. It does not actually matter what they are doing.

This character-centric fan support did not become transparent to me until an afternoon last week, discussing the NFL off-season with my roommate. I started complaining about the Matt Cassel deal to the Chiefs, attempting to explain how badly the Patriots got hosed. I schemed up a real-life analogous situation and asked him, "Would you trade me your girlfriend now for the mediocre, but sort of hot girl I'm hooking up with, plus a whoever I'm dating in 2010?"

"No, but would you trade Jack Donaghy for Jim and Dwight?" he responded.

Brilliant. Forget the NFL. I immediately recognized the potential. Network television needs character movement. Trades. Free agents. A draft of kids from The Mickey Mouse Club, or the modern day equivalent. Reruns don't cut it. No one cares or thinks about their favorite shows during hiatus. Imagine spending an entire summer worrying that Jim might leave The Office to take a leading role on Grey's Anatomy, or that Michael Scott might sign with 24. The moves might not make sense, but shows would do anything for ratings. We then spent the next three hours putting together a manifesto/mock character transaction diary for the 2009 Network Television Offseason to familiarize those not akin to the sports world with the potential inherent in this idea.

1) Characters and actors move as one. Say if Scrubs acquires Dr. Christian Troy, he will be played by Julian McMahon.
2) Trade value is solely based on character popularity.

Sports are littered with examples of trades, both good and bad. We built our deals of historic examples to illustrate the good, the bad, and the brutal.

Now, on to the Offseason Hiatus.

June 2009
The 2-for-1: 30 Rock sends Jack Donaghy to The Office for Jim Halpert and Dwight Schrute, The Office cuts David Wallace. A popular move in all sports. Get two solid performers in their prime for one aging superstar. In 2004, the Lakers traded Shaq to the Heat for Caron Butler and Lamar Odom. Dwight would bring an added quirk to TGS, and Jack Donaghy would bring the struggling mid-range paper company the clout that it needs. Plus, a Michael Scott-Jack Donaghy dynamic would make for a comedic duo the likes of which has never been seen. I could see Jim throwing the moves on Liz Lemon given his predilection for office romance, and the Tracey-Dwight-Dennis dynamic could be priceless. Everyone wins.

The Herschel Walker: House trades Dr. Gregory House to Grey's Anatomy for Dr. Izzie Stevens, Dr. Christina Yang, and Dr. Derek Sheppard (the McDreamsicle). This poster-child of terrible trades went down in 1989 when the Minnesota Vikings sent a few veteran players and eight draft picks to the Dallas Cowboys for the Herschel. It's the type of desperation move that’s designed as a ratings grabber, while simultaneously attempting to diffuse the ill-fated romance on Grey's and bring in some star power that would put them over the top. It would provide House with a stable of young talent with tremendous upside, while crippling Grey's and force a title change that would alienate viewers for seasons to come.

The 1-for-1: 24 trades Jack Bauer to Heroes for Claire Bennet. Heroes needs an established hunter to snatch up and torture their mutant cast, who pose the gravest of national security threats. Claire could torture herself on 24 to introduce a reverse psychology wrinkle to terrorist interrogation.

The "Shit We Can't Keep This Guy, So Let's Get What We Can": Scrubs dumps Dr. John "JD" Dorian to The Office for Jan Levenson and Karen Fillapelie. Usually occurs when an underachieving team with one superstar about to hit the open market trades him to a big market club for whatever they can get. See Randy Johnson from the Mariners to the Astros for Freddy Garcia, Carlos Guillen, and the infamous player to be named later (eventually John Halama). JD is too big for Scrubs, and The Office is in need for a smooth, sarcastic, Lothario to replace Jim. Will JD, following a horrific malpractice suit, catch Pam's eye? Tune in to see. Scrubs figures it can survive for a season nursing Karen through her delivery and Jan through drug overdoses and failed suicide attempts.

August 2009
The Expansion Draft: New Untitled CBS sitcom drafts DotCom from 30 Rock, Dr. Lawrence Kutner from House, Andy Bernard from The Office, Tracy Strauss from Heroes, Eden Lord from nip/tuck, Kim Bauer from 24, and Dr. Kim Briggs from Scrubs. Tell me, would you rather take a chance on a sitcom pilot with Christian Slater or an ensemble cast of supporting characters thrown together?  Expansion teams usually suck, but not nearly as hard as the shit networks push on us every fall. In this Friends-esque number, we already know the characters and can just sit back and watch as Andy serenades Kim Bauer as DotCom drops a smooth bass line.

The Priest Holmes: New CBS Untitled sitcom signs Hunter from the "Cast of Character Waiver Wire." Priest, undrafted out of college and perennially underappreciated, busted out of his shell after signing the NFL equivalent to minimum wage after leaving the Ravens for the Chiefs. Priest showed flashes of potential early in his career foreshadowing his eventual single season touchdown record in 2003. I equate Priest's flashes with Hunter's debut LP The Hunted and now that he's been "made a man," he is poised for a break out performance out of the shadow of Michael, Jim, and Dwight.

The Player to be named later, part 2: Desperate Housewives names Julie Mayer as the player to be named later to nip/tuck. Personally, I've never seen Desperate Housewives, but a quick Google search of the younger cast members left us with only one option who would bring the right amount of upside to emerge as a headlining babe. Could come in as a surgical intern or a new girlfriend for Matt. Shit, for Christian or Sean or Liz. I really don't care. nip/tuck gets a veritable hottie on the up-and-up while cutting the washed up ex-porno chick off the books.

A shift needs to occur sooner rather than later, or the days of the serial television show will end. Dancing with Your Pets and Homeless-Man Matchmaker will displace our favorite characters after shortsighted them into sticky mediocrity.

The time for talk and half measures is over. This is the only option. That or start reading again.