Top 5 Scary Movies From the Past Decade

This ain't your grandmother's horror movies. 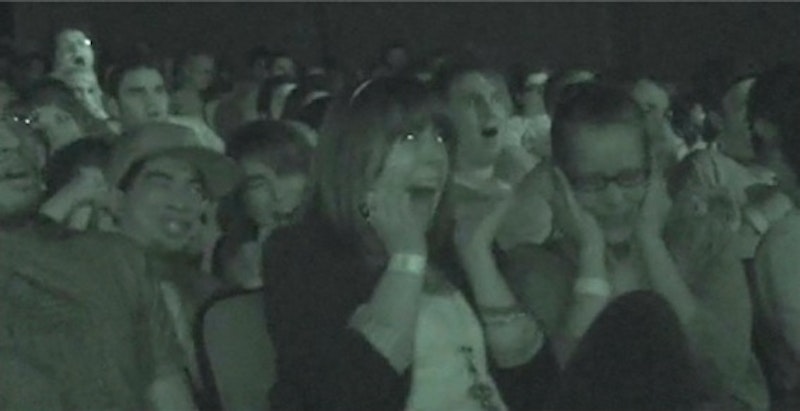 When people discuss scary movies, a lot of times they refer to classic horror films such as Friday the 13th or A Nightmare on Elm Street. While they’re horrifying, a lot of great films that have been released over the past 10 years that are just as scary and thrilling.

Saw (2004)—The first Saw film (there are seven in the franchise) is a psychological thriller where viewers see the Jigsaw Killer forcing his victims to figure make gruesome life or death decisions. For example, two of Jigsaw’s victims in this movie must force themselves to race to saw off a chained foot with a hacksaw and kill the other or they both will die. Saw took the horror genre in a different and brilliant direction with the psychological element. While traditional horror movies are thrilling and scary, Saw leaves people wondering about how far they will go to preserve their own lives.

Paranormal Activity (2007)—Movie watchers who like haunted house films will love Paranormal Activity. This film focuses on a young couple who have recently moved into a new home. As luck would have it, supernatural beings are attached to the house and they aren’t of the Casper variety. The spirit harasses the couple at night and the two eventually consult a demonologist to try to help them deal with the spirit. Even though the directors had a small budget to work with, the film was still a box office hit. It was so popular that there are now four films in the Paranormal Activity series and the fourth was recently released.

28 Days Later (2002)—After watching 28 Days Later, viewers won’t be in any hurry to go to the zoo. After some animal rights activists free chimps that are infected with a virus, the chimps attack and infect them with the Rage virus. The virus causes the person who gets it to go violently insane, and quickly spreads throughout the world, taking millions of victims. The aftermath is shown through the eyes of a man who woke up from a coma almost a month after the virus was spread and must fight for survival.

Buried (2010)—Buried tells the story of a man named Paul Conroy who is buried alive in Iraq. Once Paul awakes in the box, he finds several items his captors have supplied him with—a cell phone, glow sticks, knife and flashlight. Paul has a limited air supply and has to fight against time to negotiate with the U.S. State Department for the ransom his kidnappers have demanded. The movie is shown mostly from the perspective of the suffocating box, which keeps the audience on edge. Movies about people who have been buried alive have been told before, but never quite like this.

A Lonely Place to Die (2011)—Five friends get together for a vacation in the remote Scottish Highlands. Their mountain climbing plans are put on hold when they discover a young girl buried underground. The group split up in efforts to get help for the girl. The brutal kidnappers track the friends and the girl and are determined to let nothing stand in the way of getting her back. A Lonely Place to Die is thrilling from the start and the sheer demeanor of the kidnappers will give viewers chills.