The War on the Non-White, Non-Status Quo

Eugene Jarecki’s The House I Live In chronicles decades of bullshit anti-drug propoganda. 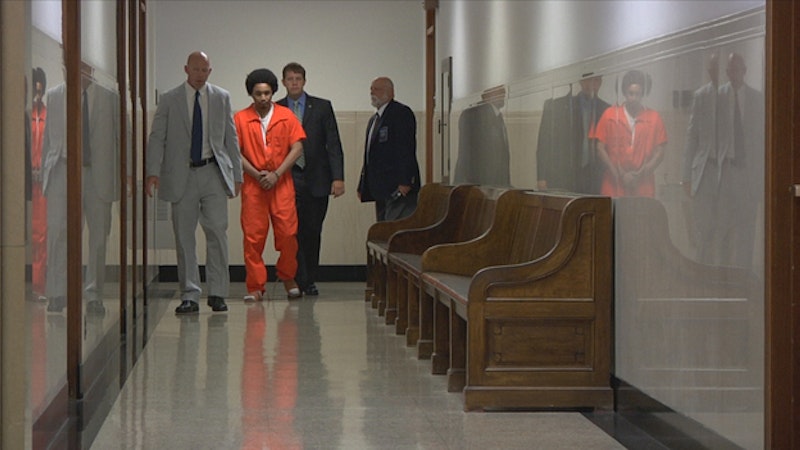 Eugene Jarecki’s The House I Live In is a powerful distillation of everything wrong and comically absurd and backwards with America’s War on Drugs. A moment early in the film elucidates how these national tumors linger and grow worse right under our noses—Jarecki asks a dozen people on a Manhattan street “what they think of the War on Drugs,” and gets mostly perplexed looks and thoughtless answers. “I honestly haven’t heard the term War on Drugs since the 80s” one woman admits. Everyone intimately involved with drugs—cops, pushers, families of both—all agree that the situation is nearly hopeless. Jarecki’s film is cut at a breakneck pace that captures just about everything dysfunctional about the way we handle illicit drugs in the U.S.

Anyone paying attention realizes, as the film’s tagline reads, “The war on drugs was never about drugs.” Crack was always simply a stand-in for the Black Menace, or as one Congressman says here, “These people are hurting our children. These people are damaging society. These people are not like us.” Cocaine and heroin were sold as pharmaceuticals in the 19th century, enjoyed by white housewives and successful middle class men. The drugs are not the issue. But as soon as the Chinese began outperforming Americans and taking their jobs, opium was banned. Then we see marijuana—a Mexican habit—made illegal. Drugs are bad, but they’re to this day used as a scapegoat for our problems and prejudices. You can’t lock up a black man for being black, but you can target the black community geographically, remove any economic opportunity, and drain money from their schools so that the cycle repeats itself ad nauseam, and cops can comfortably fulfill their arrest quotas and get promoted, not because they spent months solving a murder, but because they racked up easy, pointless non-violent drug offenders by trolling through the ghetto.

Jarecki’s analysis is unforgiving and sharp. He talks to several police officers—some who would “prefer having 10 cop cars than a single soup kitchen,” some who openly admit to profiling, and some who simply look exhausted, finding their work meaningless and unjust. David Simon, creator of The Wire, is featured and makes one of the film’s best points: “If it were Draconian and it worked, that’d be one thing. But it’s Draconian and it doesn’t work.” The drug dealers, users, and their families aren’t conspiring against white society to destroy it from within; these are people going to work for the only company in a company town. There are no opportunities for the poor because we don’t think they’re worthy of it, because they’re “moochers,” lazy, uneducated, colored.

The cops aren’t necessarily full of racist rage, but they have an incentive to keep the prisons full and their quotas fulfilled, as do their for-profit employers. The players are not all in dehumanizing collusion, and they’re not necessarily aware of even a fraction of what’s going on, but still, we live with this awful pox of hate and fear of the unknown in the form of the drug war. The problems we have and the dissatisfaction people face, the lack of meaning in their lives, drives idiotic and cancerous pursuits like this. It’d be easier to change if people simply paid attention.