Homeland's Second Season is Mixed Up and Confused 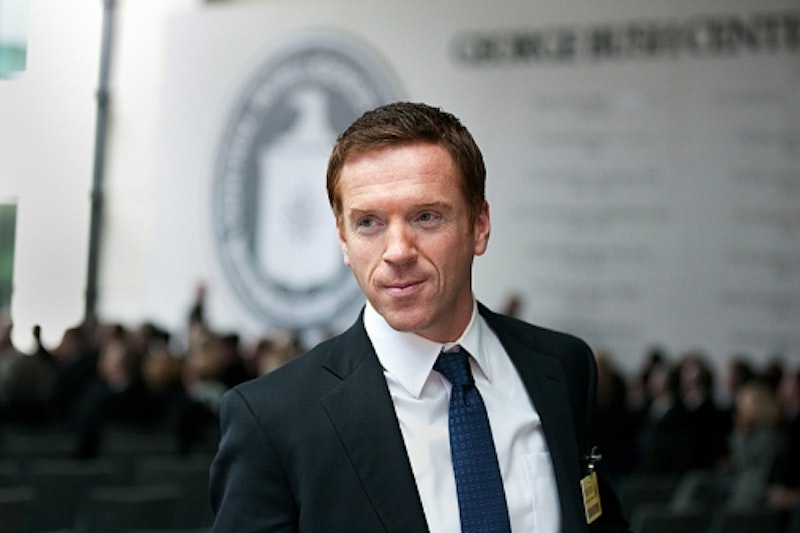 When I last wrote about Homeland, it was two episodes in to the second season, the CIA had just discovered Brody's unused taped confession in the home of a Hezbollah commander, and I spent the better part of my post applauding the show for taking risks even at the expense of believability. With season two now over, it's worthwhile to look back at what has turned out to be a fairly mediocre 12 episodes, full of haphazard plot twists and underdeveloped characters, though still with some thoroughly wonderful scenes scattered throughout.

In some ways the finale redeemed the season. Part of the problem with ensemble dramas that divide their focus between two main characters is that it doesn't take long before the audience starts asking, "Whose show is this, really?" Boardwalk Empire found a way to answer that question at the end of their second season when Nucky Thompson shot Jimmy Darmody in the head, and while Homeland is no Boardwalk Empire, "The Choice" suggests that this may be Carrie's story after all. Of course it also takes us back to the same question we all had throughout most of season one: Is Brody really a terrorist? Already on comment boards you'll find fans suggesting that the CIA bombing—and Walden and Abu Nazir's deaths—were really what Brody was up to all along; it is, I'll admit, a possibility, albeit a ridiculous one.

• Season three will only work if Brody is absent for most if not all of the season. I'm not sure anyone out there is interested in intercut scenes of a fugitive Brody (with, presumably, long dyed hair and a fake mustache) living in a remote shack in some African jungle, or wherever he ends up.

• The Dana/Finn hit-and-run side plot turned out to be of no importance whatsoever, other than the writers wanting to kill some time. And although Brody's family now believes, like everyone else, that Brody is a terrorist responsible for the deaths of hundreds of top-level government officials, I can't imagine they'll appear much in season three.

• I don't buy Quinn's rationale for refusing to assassinate Brody (or for threatening Estes), mostly because Quinn was such a poorly written character that we never really saw him do anything other than follow orders. As he told Estes, "I'm a soldier," and that pretty much sums up all we know about him too. I hope we'll get more Quinn next season because Rupert Friend is too good to be so poorly used.

• I don't want to complain too much about believability here. I'm usually okay with shortcuts if the story your telling is worth it, but come on, it's Langley and it's the Vice President's memorial service. Yet somehow Brody's car, packed with explosives, is driven in without any problems, then later moved to right outside the memorial hall, again without any problems, and there's apparently no video footage of this at all (or of Brody and Carrie's escape)?