The Trouble with Birdman

The pitch and execution weren’t quite where they needed to be. 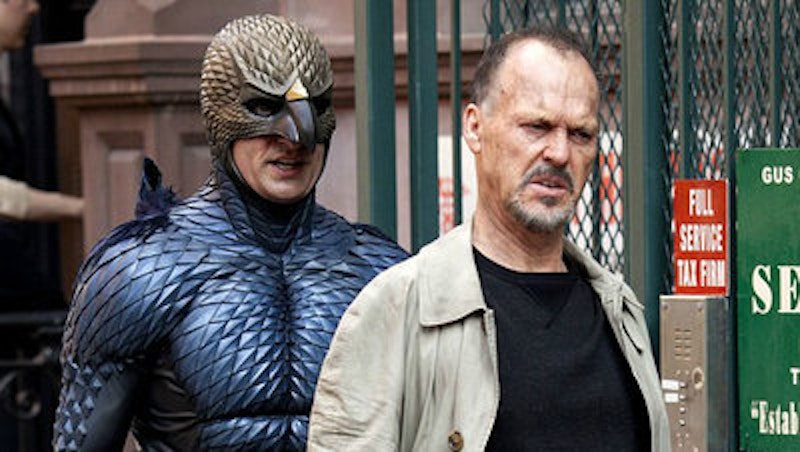 I loathed the drama kids when I was in college. I couldn’t bear their gesticulating, theatrics, promiscuity and wilding-out lust for life. Of course, it’s worth noting that I was a total dick, ran with a crew of ‘em, and ultimately made common cause with all those flamboyant undergraduates. With Alejandro González Iñárritu’s Birdman, all that ire and disgust came crashing back in noxious waves. It’s hardly the worst movie I’ve ever watched—that honor goes to Pootie Tang or the third Austin Powers flick—but I spent most of the running time wishing I was anywhere else, rolling my eyes, or daydreaming of ways this movie could have been more tolerable. At the edge of middle age, the themes definitely resonated with me; it’s just that the pitch and execution weren’t quite where they needed to be.

The costumer, the theater critic, stagehands, and other very minor characters: I enjoyed these moments so much that I wished they were the whole movie.

Magical realism is overrated, perhaps: I’m not giving anything away when I say that Birdman is a play within a film, so there’s a lot of rehearsal and massaging of dialogue, the lines between the intentional artificiality of the play and the artificial reality of the film blurring and shimmering. When this involves Riggan Thomson (Michael Keaton), it’s somehow justified because he’s a late middle-aged actor who’s insane, super-powered, or a combination of the two. Birdman’s problem is that it’s far too willing to let some of its secondary characters hover at a superfluous, cartoon level—I’m thinking of Andrea Riseborough and Naomi Watts—and as such does a disservice to the overall narrative gravity.

Birdman needed way more Birdman: Throughout Birdman, Thomson is visited by the hoarse voice of his alter ego Birdman, the superhero he portrayed in a trio of blockbusters 20 years earlier; only once or twice does the actual Birdman deign to appear alongside Thomson in physical form. How much more satisfying would this movie have been with the ludicrous, brooding Birdman crowding every other scene?

All the petty Hollywood stuff was fun: Though that’s mostly because of Zach Galifianakis.

Michael Keaton striding through a packed Times Square in just his underwear and pancake makeup: Thomson, sneaking a cigarette outside of the theater, accidentally locks himself out and gets his plush red robe stuck in the door—plus he’s late for a key scene. This means that he has to maneuver all the way around the theater to the entrance alongside a marching band and then through a massive crowd that’s filming and photographing and Tweeting and hurling ageist disses in his general direction. Then he enters the theater and slays the scene he almost missed. All gripes aside, this shit was great.

Was it just me, or was Keaton maybe a little out of his depth here?: Don’t get me wrong: I love Keaton. He was great in The Dream Team, in Mr. Mom, the Batman movies, in Jackie Brown, on Marc Maron’s podcast. My ticket to see Birdman cost $7, and if paying that means dude will be on the big screen more often, even in bit parts, it was a very small price to pay. But there were too many moments in Birdman where I simply didn’t buy him in this role—the washed-up Hollywood asshat/shitty dad—at all, perhaps because that persona is so far removed from the person I understand him to be and perhaps because that persona isn’t really in his repertoire. His best scenes were those that demanded dumbstruck shock, like the aforementioned one where he’s almost naked on the street at night.

You may have heard that Emma Stone basically stole this movie from Edward Norton: Not quite, but she was amazing, and her scenes with Norton almost justify this movie’s existence.

Might Birdman have benefitted from a dickish Robert Downey Jr. cameo?: Yes, I think so.

The “single continuous shot” gambit wears out its welcome quickly: A poster on a message board I frequent claims to have walked out of the movie after 30 minutes, which was roughly the point in time where my own exasperation took flight.

If I could transplant one item from this movie into my own life: It would be drummer Nate Smith, who materializes behind with his kit at random times and places in Birdman. Fuck a pony, I want this guy keeping time in my backyard, yellow tuxedo and all.