The Tide of Terror That Swept America 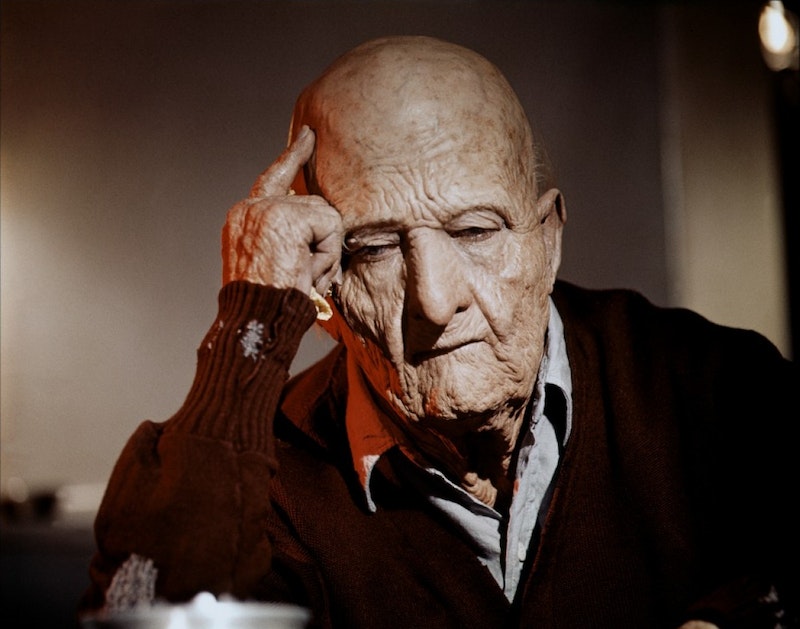 Whenever John Wayne’s 1971 Playboy interview makes the rounds on social media, there’s always some backlash against his mentor John Ford, and particularly their film The Searchers. Often lost in these loops of anger are Ford’s political beliefs and, ironically, the extreme content of the Wayne interview. Ford’s apology to Native-Americans in cinema was too little, too late, even if he did have a good relationship with the Navajo of Monument Valley. His conscious attempt to write on screen wrongs, 1964’s Cheyenne Autumn, is a mixed bag if not a misfire, and not the kind of thoughtful and wise late-period film he wanted it to be. The Man Who Shot Liberty Valance deals with his own myth, and Wayne’s, and moving and powerful as it is, it’s not a completely “revisionist Western”—it’s a revisionist Ford film.

Although a big hit in 1970, Arthur Penn’s Little Big Man isn’t mentioned much anymore, probably because Westerns haven’t been popular for nearly 50 years. Little Big Man is, to my mind, one of the few American films you can really call a “revisionist Western,” a phrase thrown around so much and for so long that it’s become meaningless. Movies that counter myths of American exceptionalism and white benevolence have existed for over a century, but it didn’t become a trend until the 1970s as the genre died a slow death and New Hollywood danced on the graves of masters like Ford, Howard Hawks, Henry Hathaway, Raoul Walsh, and finally, in 1979, John Wayne. These were figures to react against, and they lost—and since then, it’s the films of the old masters that’ve endured, not spoofs like Robert Altman’s Buffalo Bill and the Indians, or… Sitting Bull’s History Lesson or Penn’s grand panorama of American terror in Little Big Man.

When the hymn “Shall We Gather at the River” is used in these movies, or any of Sam Peckinpah’s, the immediate recognition and satirical sting of the Ford staple is gone because it’s not in the air anymore. Ford may still be up there with Alfred Hitchcock, but there isn’t any significant part of our pop culture committed to Westerns, as opposed to superheroes, cops, or spies. The West died so there’s nothing to get mad about anymore, and often I’ve found the Western spoofs and polemics of the late-1960s and 1970s heavy-handed and flat, but Little Big Man is brisk, an episodic film following Dustin Hoffman as Jack Crabb, an ancient old man in a retirement home being interviewed by a historian. He assures the man everything he says is 100 percent true.

Written by Walder Cullingham and based on Thomas Berger’s novel, Little Big Man goes through the history of the west in the mid and late-1800s with no mercy, examining rape, racism, religion, genocide, myths, murder, property, and what it means to be a “human being.” After Crabb and his sister come home one day to their father shot to bits, he begins his odyssey back and forth from being a white man to being an “Indian,” or as Old Lodge Skins (Chief Dan George) says, “a human being.” Crabb, and the rest of the Native-American characters regularly refer to themselves as “human beings” and everyone else as “savage and crazy” and white. Even Black people he calls “black-white people”—Crabb is tossed back and forth, the white Jack Crabb and the Indian Little Big Man.

Through his life, he’s adopted by Mr. and Mrs. Pendrake (Faye Dunaway). She teaches him about Christianity while giving him a bath, and when Crabb says he likes Moses just as well, Mrs. Pendrake tells him no no, “he was Hebrew.” Crabb asks what religion Jesus was, and Mrs. Pendrake says, “He was a gentile. Like you and me.” Years later, they meet again in a whorehouse, Mrs. Pendrake ashamed but delighted to see the boy she once had “wicked thoughts” about. Crabb, at this point well off, gives her a sack of gold coins but doesn’t answer her begging for a night in bed—it’s the one moment in the film that feels unchanged from traditional Westerns, the “fallen flower” no longer suitable even for our hero.

Little Big Man is so much funnier and blunt than Altman’s 1976 Buffalo Bill for example, or any of the more recent attempts to “look back at the West,” as if anyone cares anymore or as if there’s any juice left in that cultural institution. Michael Mann’s work resonates at the moment because it focuses on law enforcement and military. Little Big Man isn’t as concerned with movie tropes as American history, so it isn’t as oblique or “inside” like other “revisionist Westerns.” People in this movie speak clearly, bluntly, and for the most part, like total idiots, and for anyone who finds the genre radioactive because of its pacing and treatment of Native-Americans, Little Big Man isn’t just “the one for them,” it’d likely become a favorite.

This movie has more in common with Matewan and the other social commentary films of John Sayles and Bill Forsyth, and also the work of Marco Ferreri, particularly his films Bye Bye Monkey and Don’t Touch the White Woman!, one of the best “revisionist Westerns” of the 1970s. Characters frequently speak anachronistically, using slang and manners that are totally 20th-century, and unlike most of Penn’s other films, it doesn’t feel cold or dry. His icy, intellectual approach left a lot of movies without a pulse, and others—like Night Moves—rudderless halfway through. But Little Big Man is his grand masterpiece, and one of the best American films of the 1970s and the only “revisionist Western” released that decade that went through so much with such a fine knife. Penn doesn’t have many great films, but it only takes one.