The Normal Heart Will Make You Cry 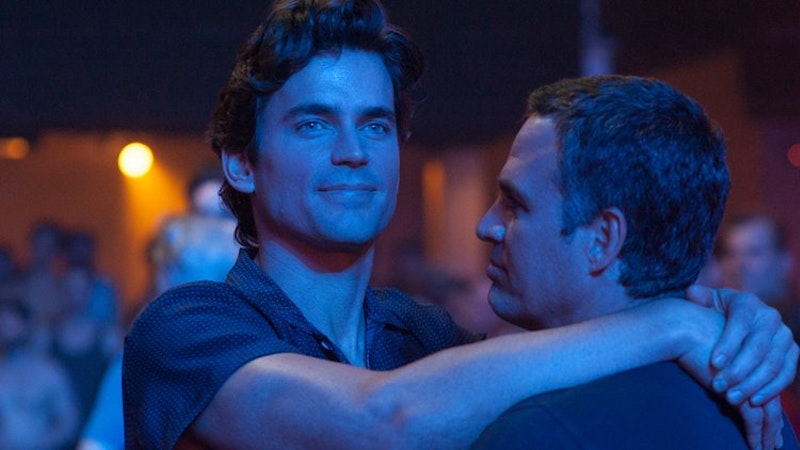 I watched The Normal Heart with some trepidation; friends warned that I’d be reduced to a puddle of tears. Battling a cold, I armed myself with a box of tissues and vapor rub and settled down for a night of tears and coughing. And there were tears. HBO’s adaptation of the play by Larry Kramer and directed by Ryan Murphy (American Horror Story) is set in early 1980s as a young gay activist attempts to warn his comrades about the AIDS epidemic.

What struck me was the exploration of how gay men felt they had fought hard for their right to liberal lovemaking. In one of the first scenes, a spritely Jonathan Groff exclaims, “I love this place!” presumably, Fire Island, NY, as men wistfully make out with abs galore. A scene later he’s collapsed on the beach and from then on out the film is strictly business.

Ryan Murphy succeeded in proving to his gay viewers just how tempting this time was. Men felt more comfortable being openly out, and views on homosexual intercourse were beginning to shift. By casually throwing in male nudity (even now, during a time where showing male genitals onscreen is considered more taboo than the female body), Murphy was able to recreate what a sexually liberated time it was. However, his approach seems calculated, actively working to never condemn these men for their sexual liberties. The goal was simply to show viewers both sides of the reality they faced.

The film isn’t just a period piece for viewers to say, “Wow, we’ve come so far as a gay community. I’m glad science has come a long way.” It’s still a conversation we need to have. According to the Center Of Disease Control And Prevention, “At the end of 2009, an estimated 1,148,200 persons aged 13 and older were living with HIV infection in the United States, including 207,600 (18.1%) persons whose infections had not been diagnosed.”

What is even scarier about these statistics is that with the introduction of Truvada, the pill designed to prevent HIV infection, less men are opting for safe sex. Although we’re not losing the battle as hard as in 1980, the fight is not over.

Matt Bomer delivers a powerful performance alongside Julia Roberts as a young man dying of AIDS and a doctor who’s bellowing to be heard by her colleagues, respectively. This film doesn’t have a winding, heavy plot, but is rooted in the characters themselves, who can’t help but be owned by their anger. Their performances stuck with me long after the film ended and my roommates could hear my crying from their bedrooms.

The Normal Heart provided an insight into what it could feel like to watch the person you love wither away in front of your eyes from a disease you know little about. The men wonder if it’s transmitted through kissing, touching or monogamy. Horrifying and haunting, The Normal Heart wants viewers to ask the world just how far gay rights still need to be pushed. “I want to know why no one cares that we’re dying here!” Mark Ruffalo exclaims to his brother in an impassioned scene. With over 20 percent of the homeless population as part of the LGBTQ community, and 62 percent of those teens committing suicide, the question is still pertinent.