Royalty Free is a good examination of Kevin MacLeod the man and the effects he created. 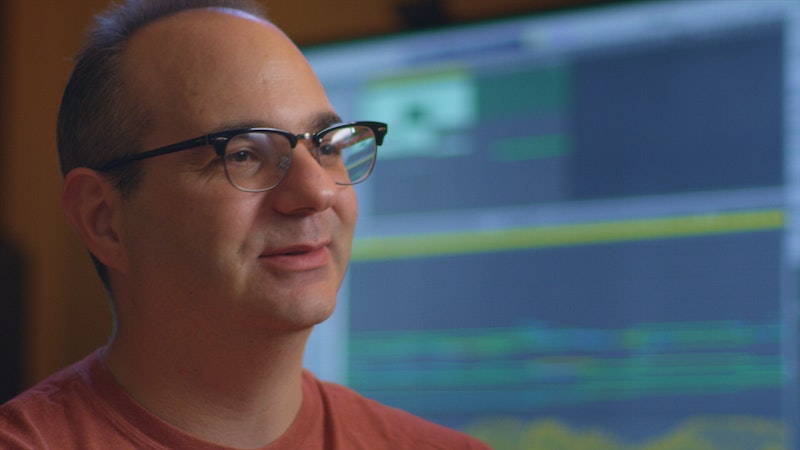 Kevin MacLeod, a Wisconsin native, is the world's most prolific composer of royalty-free music. A man with a minor degree of Internet fame, MacLeod has written thousands of songs, a majority of them synthesizer-heavy. The twist is that he gives away most of that music to anyone who wants it under a Creative Commons, provided they agree to give credit for composing it. MacLeod has the most composing credits of anyone on the Internet Movie Database, with 3774 as of this writing. This YouTube montage contains a lot of material that's going to sound very familiar.

Royalty Free: The Music of Kevin MacLeod is a documentary about MacLeod, and his life and work. It's fascinating as an exploration of MacLeod as a subject, and even more interesting in dealing with the ethical conundrums raised by the composer's unique business model. The film, which grew out of a Kickstarter campaign, lands this week, mostly on VOD platforms. Directed by Ryan Camarda, the Royalty Free documentary is scored nearly entirely with MacLeod's music. The composer's work can be spotted everywhere, including in Hollywood movies like Martin Scorsese's Hugo and countless video games; it's also all over YouTube, TikTok and Pornhub.

Interviewed in the film, MacLeod comes across as something of a likable oddball, sharing funny anecdotes about his thought process, while also showing hints of a depressive dark side. If MacLeod gives away thousands of compositions for free, how does he make money? The answer is four ways: Ad revenue, licensing from those who prefer paying him to crediting him, donations, and "custom compositions." There aren't many dollar amounts listed, but MacLeod is in the top one percent of earners in the state of Wisconsin.

This film isn’t pure hagiography. MacLeod’s a divisive figure in composing circles, with some composers resenting him because they have to compete with someone who works for free. It's similar to what happened to alt-weeklies when Craigslist started, with MacLeod serving as the Craig Newmark figure. Another downside of the Creative Commons worldview is MacLeod isn't selective about who he allows to use his music. His compositions end up in questionable conspiracy documentaries, projects by Milo Yiannopoulos and in one video of plasticized David Duke complaining about Donald Trump's appearance at an AIPAC event.

The film takes a darker film when McLeod speaks reluctantly about mental difficulties during his brief residence in New York, and later about his brother's death, which took place while the documentary was filming. The late tonal shifts are jarring, but that’s where the facts of the documentary took the filmmakers. Royalty Free is a good examination of MacLeod the man, and an even better one when it’s exploring the effects he created.