The Man Who Green-lit Desmond Pfeiffer

A chronicle of non-success. 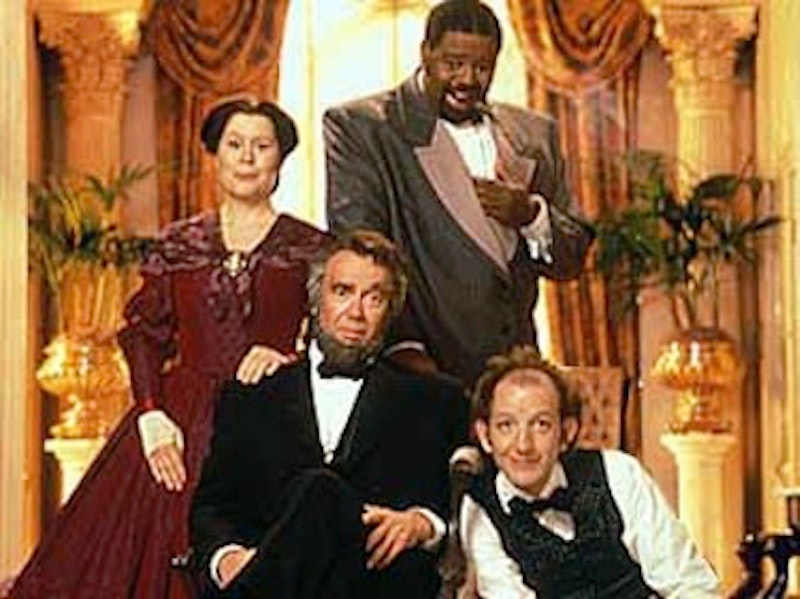 For years I didn't have the nerve to Google this man. His name is Dean Valentine and he was president of a TV network that came and went. Back in the late 1990s, a New Yorker article featured him as an authority on how to get where you're going after you've had plenty of setbacks. A little down the road and his network was gone.

The article, by a fellow who used to know him, said he started as TV critic for Life. Journalistically that was a nowhere post, the article said, because Life was all about pictures and captions; nobody read the review columns. Not only that, he got on the other guys' nerves when the young bucks of the magazine trade got together to play softball. He was a drag and everybody knew he was going nowhere.

Decades later and there he was, president of the United Paramount Network. His pay came to God knows what: no doubt modest for a man of his station but staggering for most other creatures, including those who live off checks from magazines. He consented to lunch with his old acquaintance, who now stood corrected as to the ex-TV reviewer's human worth. The New Yorker heard the man's thoughts on making it. “I learned that you never have to accept any givens,” he said. “There are no rules.” His family was from Romania, and he used to have “an Eastern European part of me that thought things would turn out badly. Now I’ve become more of an American. I’m optimistic.”

A couple of months after I read this, The Secret Diary of Desmond Pfeiffer premiered. It was a sitcom, one whose like has not been seen before or since. A black man from England was trapped in the United States and had to work as Abraham Lincoln's butler. Lincoln was a goof who couldn't do anything right and had embarrassing flashbacks and fantasies that were acted out for us. For instance, there was some business about his fourth grade teacher, who had big boobs and loomed over him as he stood there, foreshortened, in his top hat and a pair of short pants. Someplace there has to be somebody who thinks this show was off-kilter but brilliant, or so bad it was good. But mainly it was hard to sit through. I tried and I know.

Wikipedia says ratings for the first episode ranked “116th out of 125 television programs for that week” and that the series as a whole was ranked by TV Guide “as the eleventh-worst TV series ever.” It lasted four episodes. Given the program's strangeness, I'd say it would never have got on the air unless one man at the top had the guts to follow his instincts. That man was Dean Valentine, and apparently his instincts sucked. By 2002 he was out, though first he sued the network for money he said it owed him. He left behind a long list of programs that had lived like gnats—briefly and with little notice. A few years later UPN had vanished.

I didn't want to Google Valentine and learn the dismal late career of the man featured in that New Yorker article. But in the end I gave way and, what the hell, he isn't executive producer of an Atlanta-based reality show about pets. Instead he's in charge of Symbolic Action LLC, which does something that's hard to pin down. At one point it was involved with a product called Mobile Lap Dance, for what that's worth. Judging by a couple of searches, “mobile lap dance” is best known as a term of art at YouPorn, and Valentine—this is very important—Valentine is best known for spending mighty sums on paintings and statues. He doesn't have to make money, I guess, he can just spend it. That's how much he made from flopping at UPN.

The lesson I draw from this: Google can find more than one way to depress you if that's what it really wants.