If the leader of the free world is drinking, we’re drinking! 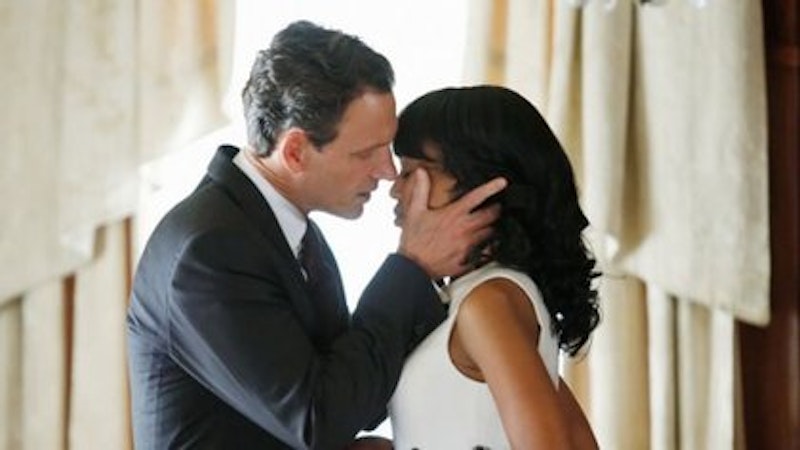 I blame my colleague Madison Moore that this post was necessary. He wrote a piece for Splice about the show Scandal, and I’d been meaning to check it out ever since. I got held up with the simultaneous releases of House of Cards and Game of Thrones, but I finally got around to a life-numbing Netflix (we’re talking yoga pants and popcorn in bed while the kids were at school; truly shameful) Scandal bonanza in the past week with a goal of catching up to the current on-TV-now season three. Last night, I met my goal.

I avoid TV and movie reviews: if you’re a fan, you’re a fan, I’m not going to change your mind one way or the other. Scandal is no House of Cards (mainly because it’s a network show) but I’m all caught up on Kevin Spacey’s edgier D.C., and I love Kerry Washington in the strong female lead as Olivia Pope, even though I wish she had even a shred of a sense of humor.

Here’s a drinking game for fans of the show to play along, and probably end up presidentially Fitzhammered.  It’s suggested wine (from a large glass with a tall, narrow stem ala Liv) be sipped during this drinking game, because you’d be in a coma if you were drinking Scotch like the prez.

Write one of each of the following on slips of paper and hand them out to your friends in the room. Everyone gets a piece of paper and has to drink when the action on their card happens on the show:

Everyone in the room drinks when: