The sequels and follow-ups we've all been waiting for. 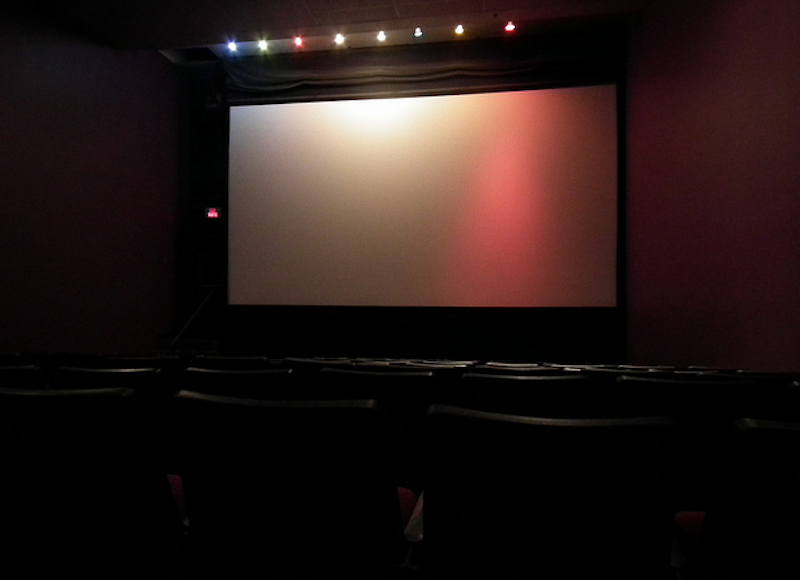 That loveable Donner Party of the 19th Century Westward migration is back and hungrier than ever, this time in present day New York! During a party given by the youngest Donner at one of Manhattan’s hottest nightclubs, a blizzard hits. At four a.m., trying to make their way home through blinding snow and cold, the revelers find themselves lost, and with no sign of a cab or bodega for blocks, the group, intent on survival, does the only logical thing: they draw straws.

Robert Redford returns to Las Vegas 20 years after that first fateful night with Demi Moore. This time, however, love will not suffice. For a million dollars he wants more than just a night with Woody Harrelson’s wife; he wants to eat the couple’s newborn baby.

Middle-Aged Wolf follows the same arc as Teen Wolf, except instead of playing high school basketball, M-Wolf works as a bank teller at a Washington Mutual. When a robber tries to hold up the bank, M-Wolf’s fight or flight instinct is catalyzed, causing him to “wolf out” and save the day before a crowd of cheering onlookers. After that, Washington Mutual wants to make M-Wolf their mascot, and we see in a musical montage, cardboard cutouts of M-Wolf being placed in all of their local branches all over downtown Minneapolis, where Middle-Aged Wolf now lives because the rent is affordable. The film takes a serious turn when M-Wolf decides to put “The Wolf” aside and looks within for the courage to process deposit slips and give cash back as just himself. Will appeal to aging fans of the original franchise.

Following the kiss Whoopi Goldberg coaxed out of Demi Moore on the belief that her dead husband Patrick Swayze was in fact inhabiting Whoopi Goldberg’s body, so that making out with Whoopi Goldberg would be just the same as making out with Patrick Swayze, Whoopi and Demi enter into a long lesbian affair and subsequently struggle with the disapproval of Demi’s more traditional family in Scarsdale and gay marriage laws. Things only get harder when another psychic contacts Demi, claiming to be in communication with her dead husband, too, who has called upon her to warn Demi that Whoopi is not actually her dead husband, but a lesbian con-artist infatuated with her. The movie ends with a ménage a trios in a heated rooftop pool.

Sex and The City 3: The Ghost of Loxley Hall

Widowed, single, and fabulous, the ladies are summoned to an old English castle long rumored to be haunted. Samantha has sex with a ghost. Charlotte believes her vagina is haunted. Miranda and her cat raid the kitchen for sandwiches before being chased by a floating cake. Meanwhile Carrie “can’t help but wonder” if the toothsome young groundskeeper is not behind it all and resolves to set a trap using an epilator, Samantha’s diaphragm, and a Manolo Blahnik. “And I would have gotten away with it,” the groundskeeper rails at the end, “if it weren’t for you old bags.” “We’re vintage,” Carrie puns, thwacking him with her 1985 Louis Vuitton clutch, and thus inaugurating The Sex and the City Vintage Detective Series.

In the sequel to the smash hit Eat Pray Love, Elizabeth Gilbert, on assignment from her publisher, finds herself stranded on an island with an eccentric billionaire whose sick game it is to hunt her, causing her to reevaluate her newly acquired views on love, life, and food.

A college student smokes pot while looking into the eyes of his mother, causing them to magically switch bodies. The mother, trapped in the body of her son, takes classes on Freud and attends LGBT rallies at college, and the boy, trapped inside his mother, must breastfeed his baby sisters and avoid going down on her husband who’s constantly pushing her head into his lap. Before order can be restored via a trickster jeanie summoned from a “family size” box of Raisinets, mother and son must reexamine their preconceived ideas about gender and sexuality.

The Flintstones discover a wormhole leading to the future, which strands them in a world in the throes of zombie apocalypse! After beheading the entire cast of Hanna-Barbera, Fred, the lone survivor, is kept company by his annoying little green friend Gazoo, who mysteriously disappears once Fred runs out of his stone-age absinthe.

Having died of natural causes in 2021, Rocky is cryogenically frozen only to be resuscitated 500 years later for the ultimate match, in space! After an inspiring musical montage of rigorous anti-gravity training, Rocky boxes an alien that emerges from his stomach, and against all odds, wins, proving once again the indomitability of the American dream. Paulie is an android.

From the guys who brought you Scary Movie, comes a rollicking comedy of incest, betrayal, patricide, adultery, statutory rape, and never ending passion.

Four women in turtle necks form a book club in which they read film scripts by Nancy Meyers and Nora Ephron, and over the course of one year, support each other as they experience significant changes in their long-term relationships. Featuring many scenes with Diane Keaton laughing, Alec Baldwin shirtless, and Jack Nicholson peeking through windows while raising his eyebrows.