The Bridge and the Mastermind Problem 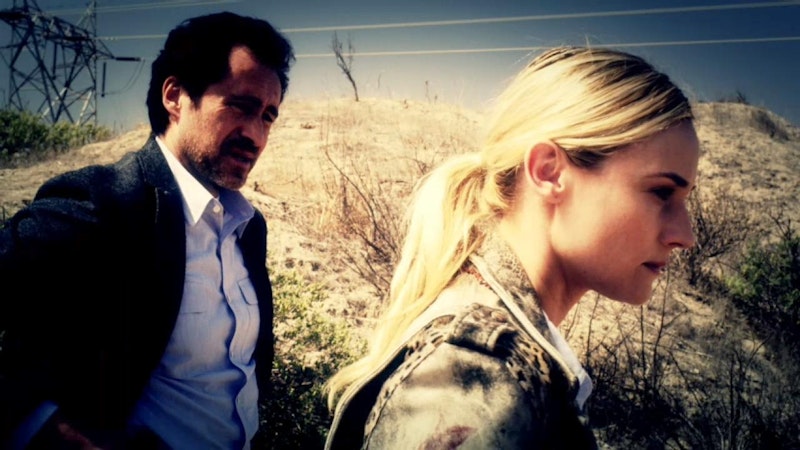 Late last week I finally got around to watching the first season of FX's The Bridge, a cop drama set on the Mexican/American border starring Diane Kruger and Demián Bichir. The show opens with a joint murder investigation: two bodies are found on the Bridge of the Americas, one a prominent El Paso judge, the other a Mexican prostitute. The bodies have been bisected and laid together, one half on the American side, the other half on the Mexican side. Marco Reis (Bichir)—according to the show maybe the last honest cop in Mexico—joins up with the El Paso PD's task force to investigate the murders and is partnered with Sonya Cross (Kruger), a brilliant detective with Asperger's. The Odd Couple Buddy Cop show is a tried and true formula, and here it works particularly well thanks to Bichir, who's really come into his own since I last saw him on Weeds.

As a remake of the Scandinavian hit Broen/Bron, the show was originally supposed to be set on the border between Detroit and Windsor, but producers Meredith Stiehm and Elwood Reid convinced FX to relocate it south. Here, in the vast and lonesome Chihuahuan Desert, we have corrupt feds and politicians, brutal drug cartels, illegal immigrants desperate to cross the Rio Grande. The murdered women of Juárez is a prominent storyline as well. Thomas M. Wright plays Steven Linder, a sort of Christian soldier helping prostitutes flee Mexican brothels, setting them up with jobs on a ranch in Texas. Other prominent characters include Charlotte Milwright (Annabeth Gish), a wealthy young widow who finds that her late husband was taking bribes to look the other way on an illegal border tunnel, and a couple of reporters for the El Paso Times (Daniel Frye and Adriana Mendez). Mendez is a street-smart lesbian from Juárez, while Frye is an aging drugged-out hack who finds his first real story in years when the killer steals his car to dump the bodies on the bridge, then later calls him with pre-recorded Unabomber-style polemics about the horrors of border politics.

Unfortunately, The Bridge is not a David Simon show, despite Stiehm and Reid crediting The Wire as their inspiration. As in the Scandinavian original, the killer's motives turn out to be far more personal—without giving too much away it has to do with a certain marital indiscretion on the part of Marco Reis years earlier—and while the story's turn halfway through the season is entertaining enough, it's at best a distraction from the real-life stories that are going on in the background. Juárez itself may be little more than an ugly caricature in the show, as some (including Bichir) have complained, but at least that kind of dark realism has artistic merit.

The Bridge ultimately falls victim to what Alyssa Rosenberg terms the "Mastermind Problem":

...when you make someone all-powerful, it’s tempting to test the limits of their capacities by having them show up in places they couldn’t possibly know to be, by having them get exceptionally lucky in ways that defy reason and the odds, or giving them levels of hubris that would cause even smart people to get caught. Once careful viewers start poking holes in these causal chains, the masterminds themselves start to look a little flimsy. They’re not human in a way that might make them actually frightening, but rather, forces of plot, with all the paper and paint and gears visible if you look for longer than a moment.

Stiehm and Reid did, however, have the good judgment to wrap this storyline up in one season. AMC's The Killing was a disaster because it didn't know how to move past the question "Who killed Rosie Larsen?" For all it's fine acting, by the end of season two it felt like a lot of atmospherics and not much else. Stiehm and Reid have promised that the next season of The Bridge will take a more substantial look at the feminicidios of Juarez, and if this makes some angry, it's still a story worth telling.