The Best Of Netflix Instant

From Lost and Roseanne to children's programming. Still no Joanie Loves Chachi though. 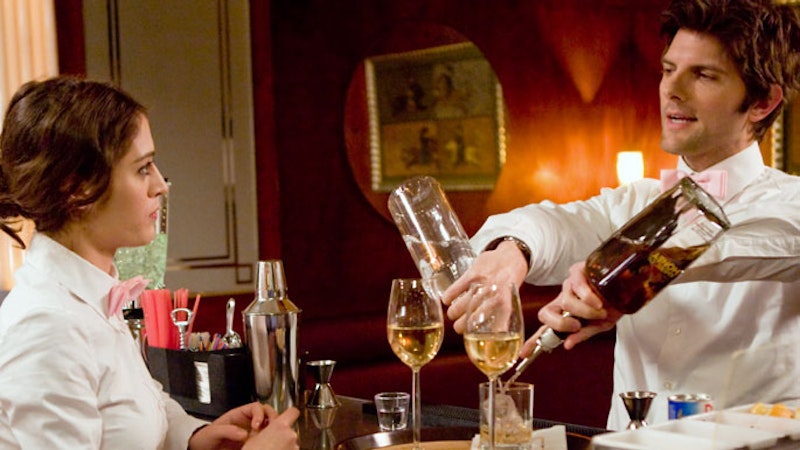 My regularly scheduled TV viewing has been interrupted for the past couple of weeks, because nearly all of the shows I watch took a break after February Sweeps. A few will mercifully return this week, but in the meantime, I’ve occupied myself by wallowing in self-pity and falling down the rabbit hole of Netflix Instant.

I love Netflix Instant. Countless hours have been lost to streaming movies and television shows. (I re-watched Buffy The Vampire Slayer from beginning to end. That was an exciting month.) And while I become irrationally angry every time something I want to watch right this very minute is not available for Instant Play, I’m continually impressed by the breadth and variety of television options.

One note: I’ve kept this list to shows I’ve seen or familiar with. They’ve got all five seasons of The Dick Van Dyke Show available for streaming, but I’m not old and I never really watched Nick at Nite, so that’s not included here. But if you really love classic sitcoms, or if you were a big fan of the show Soap—which I stumbled across and it looks ridiculous—go crazy.

Roseanne: If you’re not instantly irritated by screechy voices and, unlike me, you don’t feel the need to quote The Big Lebowski every time John Goodman appears on screen, you might be happy to learn that all nine seasons of this noisy, but frequently heartfelt and funny sitcom are available for Instant Play.

Married With Children: Now that he’s back on television full-time as the Modern Family patriarch, I get a real kick out of watching Ed O’Neil playing the foul-mannered Al Bundy. Plus, a young Christina Applegate has me thinking about going back and watching Don’t Tell Mom The Babysitter’s Dead, mostly for the indispensable fashion advice.

The Cosby Show: If blue-collar dysfunction isn’t really your thing, no need to worry, there’s always the Cosby family. All eight seasons are available for streaming.

Parks and Recreation: In its third season now, this comedy features some of the sharpest writing and one of the most genuinely enjoyable casts on television. The show has figured out how to best use the comedic talents of each member of the ensemble, and I wish more friends watched this show so that I can say things like “ovaries before brovaries” without always catching some side-eye. If you’ve wanted to check out this show, but you’re one of those people who insists on chronology, you can stream all of seasons one and two. Skip the six-episode first season, though. There’s not really much to see there, but season two is pure gold.

Friday Night Lights: The final season has already aired on DirecTV and will replay on NBC beginning April 15th (10 days after it’s released on DVD. NBC is run by band of morons). Go to Netflix Instant and watch it all from the very beginning. This show is so good. Yes, it has some moments—or the majority of season two—that are a bit eye-rolling, and because it focuses on high school students who must eventually grow up and move on, it’s had to get a little creative in introducing new characters. But Kyle Chandler and Connie Britton are an absolutely perfect duo and the show’s first season may be the best first season of any show I’ve ever seen.

Missed it the first time around?:

Party Down: I love that Adam Scott is now part of the Parks and Recreation cast, but I’m sad that he’s available for the role because Party Down was cancelled. If you’ve never seen this short-lived series about an L.A. catering company full of Hollywood wannabes (and there’s a good chance you didn’t because it aired on Starz and I’m not sure anyone watches that network anymore), both seasons are currently available. Go watch it right now and feel better about your life and your choices.

Lost: Were you left out in the cold while the rest of the world collapsed in on itself after the made-me-want-to-stick-a-fork-in-my-own-eye finale? Well now you can watch the whole series on Instant Play. But be sure to stop at the end of season five. There was no sixth season.

24: Ever had a really bad day? You don’t know shit about really bad days, you pansy-ass bitch. Jack Bauer and his terrible, horrible, no good, very bad days can be a bit overwhelming, and eight full seasons is a lot of torture and high-speed car chasing to sit through, but good god is this show addictive.

Futurama: That The Simpsons is not available for streaming is yet another reminder that life is one crushing defeat after another until you just wish Flanders was dead. Futurama is from the same creator, though, and it’s a pretty funny show. So I guess it will do as a stand in, for now.

Archer: This is pretty new show that premiered on FX a little over a year ago. The first season is currently available in full. It’s a ridiculously crass, offensive, and often hilarious look into the life and world of an international spy. I’ve only had time to check out a few episodes, because I’ve been too busy writing angry letters to Netflix about the lack of streaming Simpsons, but an informal survey of Internet strangers and acquaintances produced this wonderful commentary: It’s like, the Pele of anal. That’s either a quote from the show, or the best comment the Internet has ever seen. Either way, it makes me want to watch more Archer.

Perusing the Kids category was like being repeatedly punched in the face by my childhood. Fraggle Rock, Inspector Gadget, Rugrats, Rocko’s Modern Life, even Rocky & Bullwinkle & Friends, which is way older than I am, but I still remember watching it all the time as a kid. They’ve got a bunch of newer crap too that people try to pass off as children’s entertainment these days, but I recommend taking a look back at some of these older favorites. It makes for a bizarre and funny trip down memory lane.

A Little Bit of Brit:

Coupling: I really enjoy British comedy, but it’s not for everyone. This show is a nice way to ease into British stylings. About the trials and tribulations of six friends at various stages of romantic involvement, it has many of the same trappings as American sitcoms, but with just a bit more raunch. Plus, if you aren’t really digging it, but have an obsessive need to watch a season through to its completion, because it’s a British series, Coupling’s seasons are quick and painless, topping out at no more than nine episodes.

A Bit of Fry and Laurie: Perhaps I just love the reminder that surly Dr. House is actually an affable British comedian, but there’s something very rhythmic and almost soothing in the way Fry and Laurie play off of each other. I watch episodes of this sketch comedy whenever I’m feeling a bit ill or worn down. It’s goofy and good-natured, and who could possibly hate such delightful wordplay?