Framing Britney Spears is a fair and accurate look at somebody who was undoubtedly done wrong. B+ 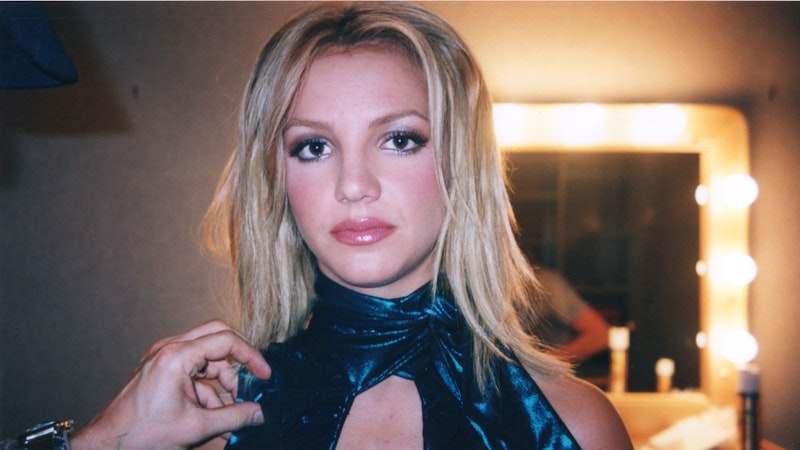 Over the past few years, a trend has emerged across multiple media: re-examination of major news and culture frenzies from the 1980s and 90s, through the lens that the culture was too mean at the time, especially to the female protagonists of those frenzies. The podcast You're Wrong About has been at the forefront, as have numerous documentaries and feature films, making the case that women like Monica Lewinsky, Princess Diana, Tonya Harding, and Marcia Clark perhaps didn't deserve vilification. It's not that these people didn't do anything wrong, but this new view argues that perhaps the reaction was disproportionate, especially compared to their male counterparts.

Framing Britney Spears, a documentary that recently debuted on Hulu, applies a similar treatment to Britney Spears, who was probably the biggest pop star in the world for a period of five or six years around the turn of the millennium, and maintains a sizable and vocal fandom to this day.

The doc, which was produced in conjunction with The New York Times as part of Hulu and FX's "The New York Times Presents" series, is about three things: First, the conservatorship that Spears was placed under following her mental heath troubles more than a decade ago, one that denies her control over her estate. The second is the "Free Britney" movement, started by fans of the singer, to get her freed from that conservatorship. And the third is a more general overview of Spears' career and, especially, the way she was tormented by overzealous paparazzi to mainstream journalists like Matt Lauer.

The production, directed by Samantha Stark, was able to get the rights to most of Spears' music, but didn’t secure the cooperation of Spears, any of her relatives or the other main people involved in the story. But the doc does offer archival footage and some worthwhile interviews, including one with journalist Wesley Morris, and another with a not-especially-repentant paparazzo.

The part about the conservatorship is a bit muddled, largely because there's incomplete information about exactly what's going on. Spears, in her most recent legal filing, asked for someone other than her father to be placed in charge of the conservatorship. She hasn't spoken publicly, although some of her fans believe she's pushing secret messages about the case via her Instagram account. But the side of the documentary about Spears' public struggles is more compelling.

Framing Britney Spears presents Spears as someone who got famous at a very young age, became tabloid fodder almost immediately, and suffered like many of her contemporaries: High-profile relationships and breakups, the predations of mooching family members and other hangers-on, and public mental health struggles.

The media was merciless. Ed McMahon, interviewing Spears on Star Search when she was 11, asks why she doesn't have a boyfriend. Spears was called a slut, interviewers commented on her body parts, and at one point the wife of then-Maryland Gov. Bob Ehrlich said in an interview that "If I had an opportunity to shoot Britney Spears, I think I would."

A staple of this genre, as You're Wrong About fans can attest, is vintage monologue jokes from Jay Leno that were more mean-spirited than you probably remember. Spears' early boyfriend Justin Timberlake doesn't come off particularly great, although many of us probably wouldn't if a present-day documentarian probed the romantic decisions of our early-20s.

The film leaves out one of the best examples—the time when ESPN announcer Mike Patrick, during a crucial part of a crucial college football game in 2008, blurted out, apropos of nothing, "What is Britney doing with her life?" The documentary also looks at bit at the fandom that has stepped up for Spears, including an interview with a pair of women who host a podcast devoted entirely to decoding the singer's Instagram posts. That might sound silly, but those hosts are doing a lot less harm than most of the TMZ and paparazzi people did in their interactions with Spears.

Framing Britney Spears gets across that there was more casual sexism in popular culture, even just 10 or 15 years ago, than today. Look at the Super Bowl, whereas recently as the early 2000s, most of the commercials either involved women as sex objects, or as ball-busting standing in the way of their husbands or boyfriends enjoying football and beer. If you watched the game last Sunday, there was practically none of either.

This type of reclamation documentary has its limits. I, Tonya, for instance, left Tonya Harding off the hook more than necessary. There was even a doc last year that tried to execute a redemption arc for Paris Hilton. But with Framing Britney Spears, filmmakers have put together a fair and accurate look at somebody who was undoubtedly done wrong.