Straub Has Joined the Ranks

On the late Jean-Marie Straub, and the era of cinema that has passed on with him. 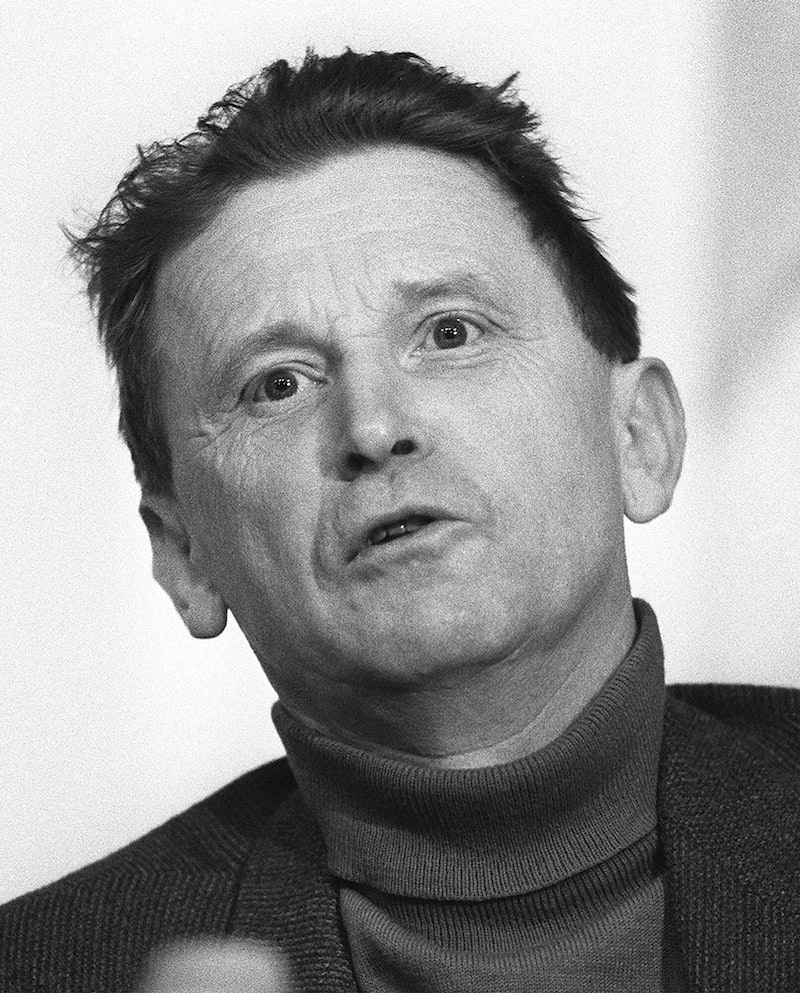 The loss of Jean-Marie Straub marks the abrupt end to a fierce, uncompromising body of filmmaking, concluded with the most prolific period in the director’s career. His recent passing severs our final link to the international community which he occupied, and the vibrant fabric of cinema which lived within him. Watching the works of Straub, and his life partner Danièle Huillet, one was—and is—keenly aware not just of the abiding power of film history, but the eternal presence of history through film. Film can’t exist independent of history, and in honoring this debt, Straub imbued it with a life of its own: one capable of living on through new epochs, taking on new significance with each passing year.

At once acerbic, brutally frank and confrontational, gazing unblinking at the horrors of the world, Straub and Huillet’s cinema brimmed with volcanic emotion and unspeakable aesthetic beauty. I say “unspeakable” because, even today, writers on the pair still devote a disproportionate amount of attention to discussing their films in terms of distanciation and Spartan asceticism. “I hope not only that,” Huillet replied. “I hope that one can feel sensuality and pleasure at the same time. Can sense the fragrance of things.” Theirs was cinema which invited its audience to see the world anew—to watch them is to feel the world alive once more.

The silent journey of a cart pulled by oxen through fields in summer, the shifting landscape of Sicily seen through the window of a train, at once a coastline and a lunar surface, a young woman sitting alone by a fountain’s edge, on whom the fate of a nation is poised. Just as history is made concrete through these passages, so too is this sensuality and pleasure which Huillet spoke of given physical form. “I don’t take myself for Cézanne but if you look at a Cézanne canvas,” Straub explains, “it doesn’t provoke sensations in you, you see there sensations materialized.”

In contrast with the photograph, a painting doesn’t capture a single moment, and is instead taken from moments upon moments, each building towards the final image which we see before us. When looking at landscapes by Cézanne, such as his Mont Sainte-Victoire series, one could extend this to the earth itself and the agricultural, sociological, and climatic conditions which forged the trees and rocks depicted. In this way, Straub could just as easily be regarded as a painter more than a filmmaker: one working on an intergenerational scale, bringing to us a rich tradition, whether political, literary, artistic, environmental, or—as is usually the case with Straub—all four at once.

Watching a film by Straub and Huillet, one can see as much of Greek mythology and pre-Socratic philosophy as references to the work of D.W. Griffith, Charlie Chaplin, and John Ford. As far as Straub’s concerned, there’s little separating them. We return to myths because they reveal some basic truth about us. They’re continually reworked, updated and adapted, but the core truth can’t be hidden. Given Straub’s fondness for quotations, it’s appropriate to borrow one now from Tag Gallagher: “Greek theater, like commedia dell’arte, reworked stock characters and stories continuously over a thousand years, each time differently, each time updating to current events. Dante and the Renaissance continued this ricorso, and after them Corneille, Hölderlin, Brecht, Pavese, and Arnold Schoenberg. Today Danièle Huillet and Jean-Marie Straub materialize for us sensations which, like hillsides fertilized with corpses, come to us filtered through the ages.”

Now that Straub himself has joined the ranks (in the most militant sense of the word) of history, the world has a duty to include him among their number.