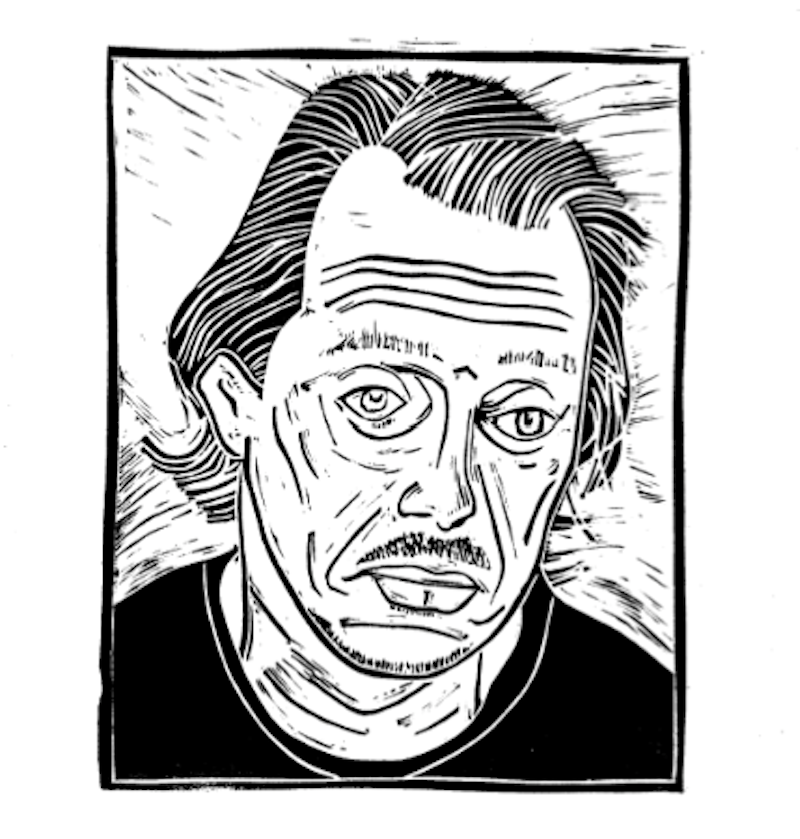 Steve Buscemi entered most people’s radar with his performance as Mr. Pink in Quentin Tarantino’s debut film Reservoir Dogs. He’s known for playing sleazy, fast-talking criminals and outcasts and has been a favorite of filmmakers like Jim Jarmusch and the Coen Brothers. These days he holds court as corrupt prohibition-era politician Nucky Thompson on HBO’s Boardwalk Empire.

Before Buscemi became an actor, he worked as a bartender, ice cream man and a New York City fireman. He began acting in 1985 and became an indie-film staple with low-budget classics like Ghost World and Living In Oblivion. When Buscemi appeared in a film it was almost a guarantee he’d be killed before the end credits rolled. His characters were shot, bludgeoned, blown up, burned, run over and pulverized. Buscemi said, “When I get cast, I always flip to the end of the script to see if my character gets beaten up or killed.”

10) Lonesome Dove—Scalped by a band of rampaging Sioux Indians.

9) Desperado—Stabbed in the chest when Danny Trejo hurls several knives at him.

8) The Island—Shot in a bar and falls over a second-story balcony through a glass bartop.

7) Miller’s Crossing—Shot in the face by John Turturro in the middle of the woods. (His first Coen Brothers film fatality.)

6) Tales From The Crypt—Roger Daltrey tricks him into entering an off limits part of the jungle dies of an exotic flesh-eating virus.

5) Domestic Disturbance—Stabbed in the back with an ice pick by Vince Vaughn.  (During production, Buscemi and Vaughn got into a real-life brawl with two locals in a Wilmington, North Carolina bar. Buscemi was stabbed in the face, arm and throat and he still bears a scar on his cheek.)

4) Monsters, Inc.—Buscemi provided the voice for the lizard villain Randall Bogs, who takes a severe shovel blow to the head. (Though it’s not clear that the blow is fatal, I’m counting this as a Buscemi movie death.)

3) Sopranos—Buscemi’s character Tony Blundetto has his face blown off by a rifle shot from Tony Soprano.

2) The Big Lebowski—Buscemi’s character Donny dies of a heart attack in a bowling alley parking lot. His best friends Walter Sobchak (John Goodman) and The Dude (Jeff Bridges) carry Donny’s cremated ashes in an oversized Folgers Coffee can. While spreading his ashes on a mountain above the Pacific Ocean, a strong wind blows the ashes into The Dude’s face.

1) Fargo—Hacked to death with an axe by his criminal partner Peter Stormare outside their mountain hideout. His body is then ground up in a wood chipper.

For the record, Buscemi was the only character to survive in Reservoir Dogs.