Stanley Kubrick and the Frontier

The rare artistry of every shot. 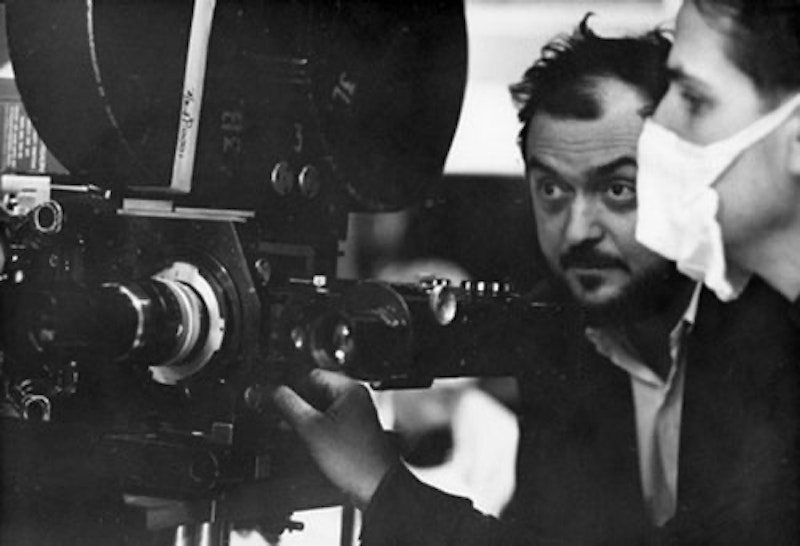 The recent release of the Paul Thomas Anderson film, The Master, in lush 70mm prints ushers in my nostalgia for the work of the late Stanley Kubrick. He shot exclusively in 35mm with the exception of the Cinerama spectacle that was 2001: A Space Odyssey. Despite the advances in image-making technology that occurred in his lifetime and after his death, Kubrick’s ability to capture scenes of striking photorealism on celluloid remains technically unmatched. However, an overlooked aspect of the director’s work was the rationale that drove the need for realism in the first place.

As a young photojournalist working for the magazine Look in the late-1940s, Kubrick developed his best practices for capturing his subjects in natural lighting. A selection of those photographs, printed from negatives acquired by the Museum of the City of New York, reveal exquisite exposures of people in controlled poses bordering on the anxious. A showgirl prepares her makeup in a dim dressing room while across town a boxer pummels his opponent gracefully under bright lights. The following day children are gathered in unnatural stillness in front of a hot dog vendor. In each moment, what happens next is left maddeningly unknown.

Kubrick left Look after five years, probably because of his awareness of the narrative limits of his medium coupled with a validation of his work being published at such a young age. His directorial debut Killer’s Kiss indeed serves as the most logical point of transition for a photojournalist entering the world of moviemaking. Though later regarded by Kubrick as an amateur effort, the film executes two ideas, that there is a madness that lurks within all and that minimizing the amount of staged lighting highlights its existence.

His directorial work on subsequent films would employ light in increasingly specific ways. A large amount of Paths of Glory is shot under daylight conditions. Natural shadows cast anxiety over soldiers in trenches, corrupt generals, and wrongfully imprisoned men. Dr. Strangelove, with its artificial lighting built into its omnipresent war room and aircraft interiors, is transformed from an implausible and ludicrous narrative into a plausible documentary.

It is the technical mastery of 2001: A Space Odyssey that marks a distinct shift in the tone of Kubrick’s work. Whereas the films before it had dealt with characters who lived in the known world, 2001 deals with characters who have moved beyond its limits. In a time before the actual American moon landing had occurred, Kubrick had accomplished the unprecedented by working with studio lighting and models. He created a depiction of outer space whose accuracy astronauts would admire. In crossing over into a realm of assumptions about the very quality of light in an unseen world one door had closed while another opened. Kubrick had mastered light. His concerns would turn to depicting a worldview, one in which maliciousness now replaced madness as the common state of being.

His next film, A Clockwork Orange, is where he’d hit the ground running. Using documentary-style handheld techniques, lead character Alex and his cronies maneuvered in vaudevillian fashion through robbery victims with such gusto that the film would be banned in the UK for decades over concerns that it was raising crime. Barry Lyndon chronicled the misfortunes of a humble man through his rise and fall from royalty with Kubrick developing a groundbreaking lens in order to capture the ordeal by candlelight. As he closed out both the 70s with The Shining and his lone film of the 80s, Full Metal Jacket, he showed no sign of reneging from an outlook of the world that began to resemble Goya’s painting “Saturn Devouring His Son.”

It’s possible that Kubrick, in his brilliance, managed to lose sight of any redemption in humanity by way of pursuing technical mastery and delving further into existential themes. In this sense it is apt that he did not live to see the screening of what would become his final work, Eyes Wide Shut, a film highly anticipated but critically panned upon its theatrical release. His obituary reads as that of a man who had literally worked himself to death yet it is just as likely that what Stanley Kubrick experienced in his final moments was a logical conclusion to the world as he saw it.