Gary Busey in a Nutshell 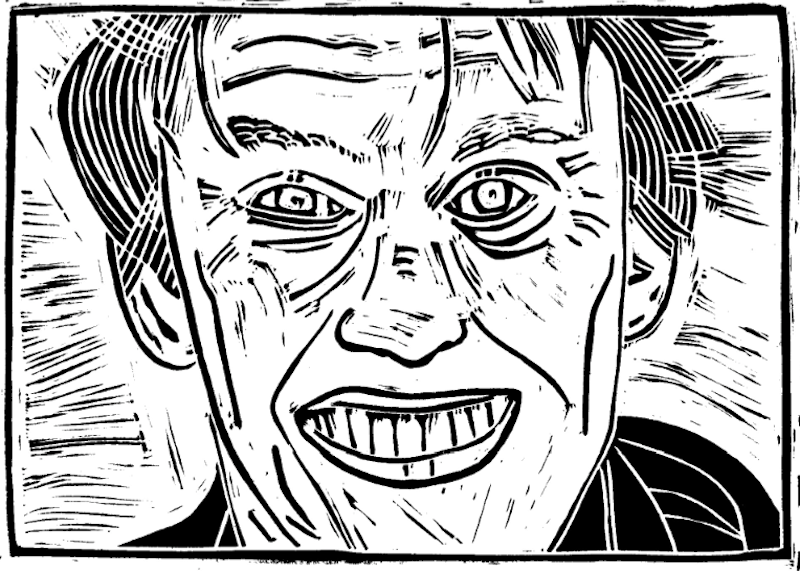 Actor Gary Busey is known for his intensity, both on and off screen. I discovered this in 1986 while working as a production assistant on the film Act Of Piracy. The movie was shot on the Greek island of Skiathos. Two days before production, I was sent to the island airport to pick up Gary as his plane arrived. He’d just finished shooting a film in Mexico and had a horrible experience. As we drove back to the hotel, he began rambling.

“This place looks just like Mexico. The trees, the ocean. This feels like déjà vu. I can’t go through that again. Tell me this place is not like Mexico.”

“We’re in the Mediterranean, Mr. Busey,” I said. “It’s nothing like Mexico.”

“Thank the lord,” Gary answered. He was quiet for a moment, then said, “So what kind of crap do these Mexicans eat?

This was Gary Busey in a nutshell. Outspoken, hyperactive and strangely likeable.

During production, there was a nationwide hotel strike in Greece. The staff at our hotel walked off the job and crew members were left to fill the void. The production manager put me on“Gary duty.” It was my job to shadow him and tend to all his needs. He was not drinking alcohol at the time so there was no risk of drunken antics. But his food needs were precise and demanding. He gave me a detailed list.

Breakfast: Four scrambled eggs with tomato, avocado, green pepper, feta cheese and orange juice. Lunch: Caesar Salad with grilled chicken and Focaccia bread. Dinner: Grilled salmon, asparagus, scalloped potatoes and Pellegrino with lime. I took the list to the Greek film caterer. “Fuck your avocado, fuck your Focaccia and fuck your Pellegrino. He will eat what I give him,” the caterer said.

I made the mistake of sharing these comments with Busey. He growled, let out a few yips, and then dropped to the ground and started doing pushups. When he rose, his face was bright red.

“Take me to this piece of shit so I can pummel his fucking ass.”

I tried diffusing the situation telling him I’d personally tend to his food needs. “Too late for that,” Busey said. He stormed past me and asked crew members where he could find the caterer. Thankfully, most of the crew didn’t speak English. After 10 minutes, Busey lost interest. He asked me to drive him to town.

It was winter and most of the shops were closed. We found an open taverna and sat by the harbor watching the local fishermen unload the day’s catch. Busey ordered Greek coffee and Baklava. A few tables away, an elderly Greek man strummed a bouzouki, a long-necked ornamental guitar. Busey was rapt. He waited for the man to finish and then asked if he could give it a whirl. The man passed the instrument to the actor. Busey launched into a version of the Beatles “Oh Darling” complete with vocals and passionate facial gestures. The locals watched the performance and applauded. Busey flashed a bright smile, his rage at the caterer long gone.

When production started, I had to wake Busey in the morning and deliver him to hair and makeup. This wasn’t easy. At 5:30 a.m., I softly knocked on his hotel door. He didn’t answer. I had a key to his suite so I let myself in. His room was a mess with clothes strewn on the floor and half-burned candles and incense everywhere. I approached his bedroom and heard the sound of a buzz saw. This was Busey snoring.

I quietly approached the bed. “Gary,” I whispered. He didn’t respond. He smelled feral, like a bear during hibernation. I spoke louder, “Gary, we need to get up.” Still nothing. I shook the edge of the bed hoping the ripples of the mattress would wake him. He groaned and rolled over, still asleep. I tapped his shoulder. He emitted a guttural sound. Not good, I thought. I leaned over and spoke firmly into his ear. “Gary, get up.”

He woke with a start and leaped from bed, tackling me. We rolled onto the carpet, Gary’s hands around my neck. He was choking me and yelling, “What, what, what?” As his eyes came into focus, he recognized me and let me go. “What the fuck,” he screamed.

I coughed and caught my breath.

“Never wake a man when he’s sleeping. I could have killed you.”

I explained he needed to be in makeup in 20 minutes. He said he wasn’t leaving his room until he ate breakfast. The staff was still on strike so I went into the hotel kitchen and cooked eggs, tomatoes, peppers and feta cheese myself. Thankfully, Gary felt so bad for nearly strangling me he didn’t harangue me for the lack of avocados (the FedEx package of avocados from the states hadn’t arrived).

For three months, I catered to Gary’s every whim. He was demanding to the point of abuse, but always apologized afterwards and brought me gifts like seashells he found on the beach or a piece of Galaktoboureko (Greek custard pie). By the end of the shoot, I was exhausted. When we made it back to the States, he gave me his number and said we should keep in touch.

In 1988, Busey fractured his skull in a motorcycle accident. I visited him at his Malibu home. He seemed different. He’d suffered brain damage and said he’d “died and gone to the other side.” He explained that while he was on the operating table he was surrounded by angels and floating balls of light. One of the angels said to him, “You may come to us now or return to your body and continue your destiny.” He said he’d been wrapped in a blanket of love and truth. He explained how “truth” stood for “Taking Real Understanding to Heart.” He had a notebook beside his bed where he jotted down other-worldly messages with hidden meanings. It was now his job to decode the messages for the world.

A year later, I read an interview Busey gave People Magazine. He said a few weeks after the accident he was visited by a specter at a rehab facility. “I was sitting in bed when I looked up and saw the Grim Reaper standing in the corner. He was seven feet tall, with a brown robe. He pointed at me and said, ‘Relax, it’s not your time to go. You have been given gifts. These gifts are ready to be received by mankind. So get on your feet and improve.’ Then he laughed, spun his scythe and left.”

Busey recovered from his accident and returned to acting. In 1995, he nearly died from a cocaine overdose. He became a devout Christian and proclaimed, “I am now free to be myself.” I haven’t seen him again.