Even if you’re unfamiliar with both System of a Down and Armenia, Truth to Power is a worth exploring. B 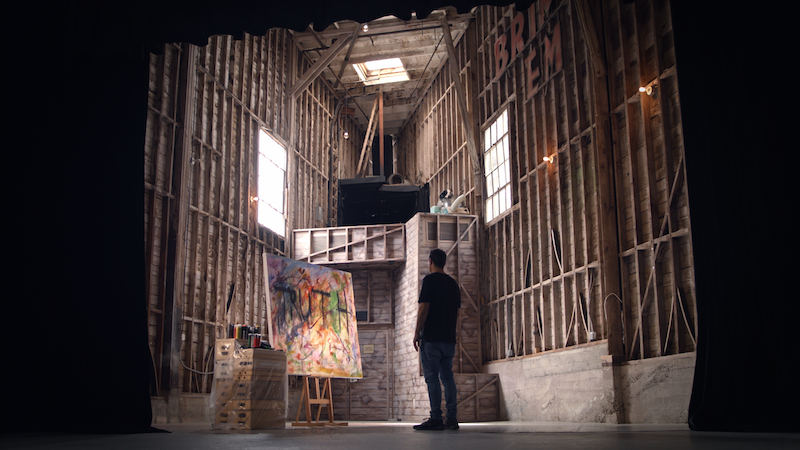 When rock stars are activists, most of the time they emphasize the typical liberal set of issues. On occasion, they'll go into causes having to do with the musical profession specifically, like pushing for stronger copyright laws. The Beastie Boys were all about "Free Tibet," but that was almost 25 years ago.

Serj Tankian, the longtime frontman of the group System of a Down, is different. While he appears to have relatively left-wing views in general, his activism is focused on issues related to his Armenian-American heritage—both for recognition of the Armenian Genocide of 1915, and in opposition to the corruption of Armenia's present-day government.

Truth to Power tells the story of Tankian's life and career, and of how the grandson of survivors of the Armenian genocide ended up playing a part in present-day Armenian politics. The film is slight at just 79 minutes, and doesn't break much new ground when it comes to telling a rock star's story, but it's a fascinating documentary about a fascinating guy.

The film was directed by Garin Hovannisian, an author and filmmaker of several projects about the Armenian-American experience, and produced through Tankian's record label Serjical Strike. It's being released in some theaters through Oscilloscope Labs, and also virtual cinemas, in conjunction with a network of record stores in different cities. Joe Berlinger, who among other projects co-directed Metallica: Some Kind of Monster, is credited as an executive producer.

The opening of the film traces Tankian's early life, as the Lebanon-born son of Armenian immigrants. He was raised in Los Angeles and formed the band in the mid-1990s, with several other men of Armenian descent.

The group's original heyday, with the album Toxicity and the song "Chop Suey!," came around the same time as the 9/11 attacks, and the film revisits the episode when Tankian drew fire for writing an essay saying that "bombing and being bombed are the same things on different sides of the fence." As was the custom at the time, we hear him on The Howard Stern Show to explain himself.

We also see Tankian, as the years go on, being more vocal about his activism, visiting Armenia to both perform and to denounce the former Soviet republic's corrupt government.

Tankian is an engaging interview subject, one who so resembles John Turturro that Turturro could probably play him in a biopic. We also hear from Rick Rubin and from Rage Against the Machine guitarist Tom Morello, who says he was inspired to co-found Axis of Justice, an activist group, with Tankian, after he attended an Ozzfest in the early-2000s and noticed lots of people with Nazi tattoos.

Even if you’re unfamiliar with System of a Down’s music and have no Armenian ancestry, Truth to Power is a worthwhile exploration of one of rock’s more captivating characters.