Thomas Picketty's thick 2013 book on the history of income inequality, Capital in the Twenty-First Century, gets a solid documentary adaptation. B 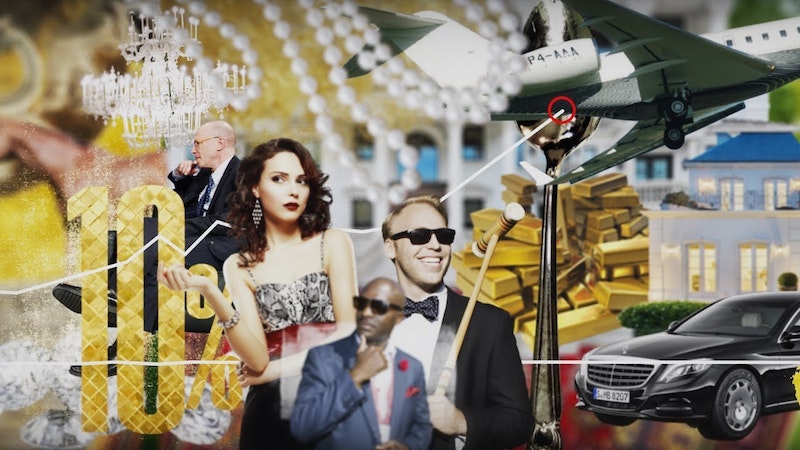 An unlikely literary sensation in the last decade was a 700-page book by a previously little-known French economist, tracing the last two centuries of rising income inequality and growing concentrated wealth. The book was Thomas Piketty's Capital in the Twenty-First Century, which came out in France in 2013, with an English-language release the following year.

The film combines talking-head interviews with Piketty and others with historical footage and plentiful pop culture references. Piketty speaks French with English subtitles, while most of the other interviewees speak English; we hear from such familiar names as Joseph Stiglitz, Ian Bremmer and Francis Fukayama.

Piketty’s no communist—he denounces what he calls the "complete state of failure" of Soviet-era communism in the film's opening minutes—and his political ideology is somewhere to the left of Elizabeth Warren and the right of Bernie Sanders. He has advised Socialist Party candidates in France, but the Socialists are that country's center-left party. His preferred solution for solving inequality is greater regulation, and the imposition of wealth taxes, but he’s not calling for seizure of the means of production.

The Capital in the Twenty-First Century movie spends its hour-and-40-minute running time going through the history of much of the last 200 years, and how we got to the current state of inequality. We go through the Industrial Revolution, World War II, the postwar era, up to the Reagan/Thatcher governments and into the 2008 financial crisis.

There's not much about the Trump era specifically, aside from a small section about modern-day nativist politicians. Of current interest is a section about China, and the way it's simultaneously adopted all of the worst aspects of both communism and capitalism. It's an expansive subject, but the film does a decent enough job keeping it compact and breezy. My biggest complaint with the Capital in the Twenty First Century? The pop culture references are too cute.

There are clips from The Grapes of Wrath, and we see much of the "the Greed is Good" speech from Wall Street. The film makes the common mistake of talking about the French Revolution, and then showing a clip from the 2012 Les Misérables movie. Les Misérables is set against the backdrop of the June 1832 Rebellion, more than four decades after 1789.

There was a documentary in 2018 called Owned: A Tale Of Two Americas, directed by Giorgio Angelini. The film barely got a release at all, but it was illuminating look at how American racial and economic equality has persisted and worsened. It used its own vintage clips, but they were mostly from Good Times. That movie, which focused on real estate specifically, was a superior version of what Capital is trying to do. (You can watch Owned on Amazon Prime.)