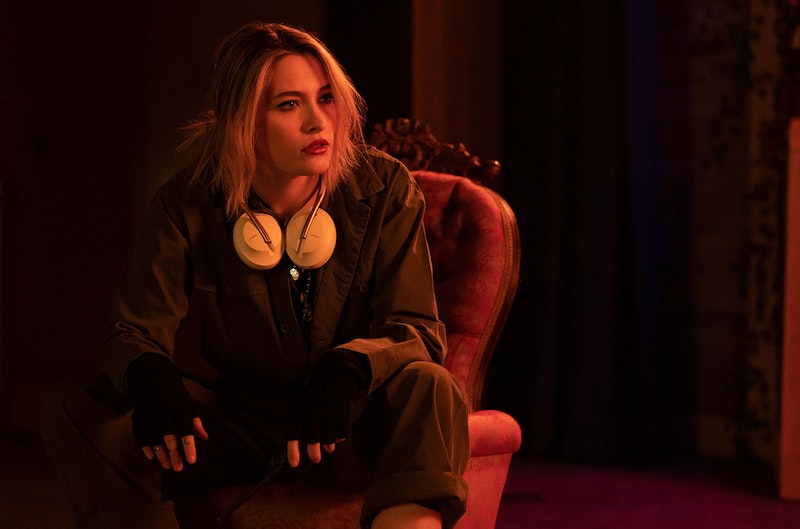 The trend in recent years is towards teen-oriented comedies that are honest about sexuality but especially center the desires of female teenagers. Blockers, from 2018, was groundbreaking in this regard and was followed by Booksmart the next year. Last year, there was Plan B, an entertaining Hulu comedy about a teen girl trying to track down the titular contraception. Now there’s Sex Appeal, a comedy that landed on Hulu this week, that comes from American High, the same production company as Plan B.

Sex Appeal offers a creative premise. A nerdy, type-A, MIT-bound high school girl named Avery (Mika Abdalla) is obsessed with winning a national STEM competition called STEMCon. When her long-distance boyfriend from the previous year's event broaches the idea of having sex, Avery decides to take a scientific approach to lose her virginity.

She develops an algorithm to figure out what inspires good sex and creates an app. The inputs include the established messages of Hollywood romcoms, interviews with more experienced classmates, and some "practice" sessions with her lifelong male best friend Larson (Jake Short.)

Sex Appeal, directed by Talia Osteen and written by Tate Hanyok, only works intermittently. The film's strengths begin with the two leads, especially Abdalla. She's way too gorgeous, and her hair way too perfect, for the nerdy high school outcast that the script requires. But she's matched well with Short, and they're very charming together.

In another amusing conceit, due to divorce and remarriage, Avery has three lesbian moms, two of them played by comedians Fortune Feimster and Margaret Cho. One of Cho's paintings, which "would make Georgia O'Keefe blush," is the movie's best sight gag. And Paris Jackso—the daughter of Michael!—has a small but scene-stealing role as a seen-it-all classmate who offers sex advice. And while 2016’s Edge of Seventeen was something of a Revisionist Teen Movie prototype, the teen love interest from that film, Hayden Szeto, plays a teacher in Sex Appeal, just six years later.

On the minus side, the science experiment part is somewhat ridiculous, in everything from the aesthetics to the idea that this is something a person would do. And this is before we get to the part where Avery is going to be introducing a sex-oriented app at a high school STEM competition but also presumably admitting to cheating in front of her boyfriend. And it leads to a lesson, about putting heart over algorithms, that can be seen from a mile away. Furthermore, the film's ending is unsatisfying. It gets points for surprise, but it's not the ending that this story deserved.