Blue Jasmine and The Butler Challenge the Vapid Hollywood Mainstream 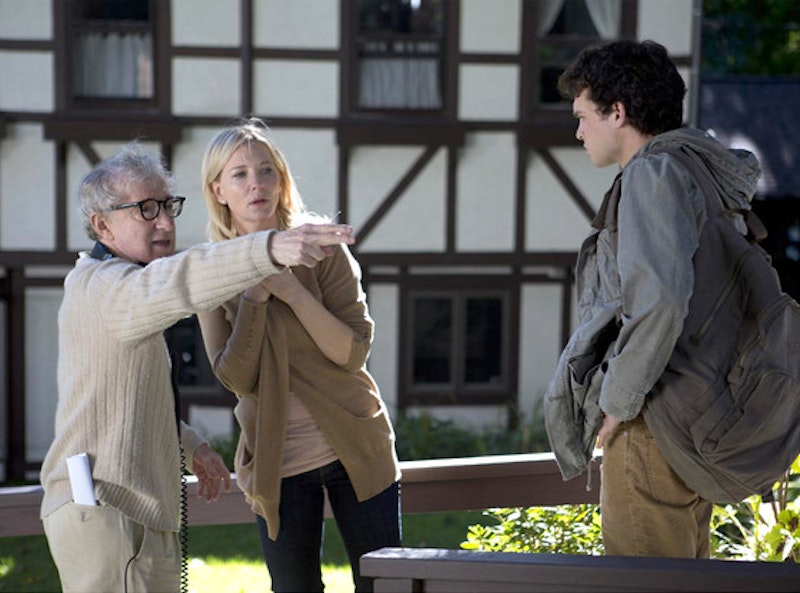 Going to the movies has been a depressing experience for the past couple of years. Techno terror and Minority Report-style paranoia dystopias are everywhere, with dubstep, and duh, people are not being challenged in this death culture. Looking to the future, Woody Allen’s Blue Jasmine and Lee Daniels’ The Butler couldn’t be more different: Allen’s 43rd film is morbid and deliriously world weary, and just as consumingly anxious as Cate Blanchett’s Jasmine, a wonderfully inhuman white collar wife who goes into a tailspin after her Madoff-aping husband (Alec Baldwin) is arrested for years of fraud and scummy business. He kills himself in prison with a belt, but we never see it.

The movie flips back and forth between Jasmine’s haute period and her supposedly penniless Xanax era in the Bay Area with her middle class sister. Somehow she is able to fly first class. We quickly see that Jasmine is just as unhappy and maladjusted as a rich wife and as a desperately lonely widower. She’s going through an identity crisis, but has no identity to begin with. Jasmine might be the most hateful character Allen has ever written, much less driven almost a full picture with. As in many movies these days, the monolithic power of money held by arrogant and selfish men who create a culture of stasis and death are assailed, but even these attacks are served de-fanged and removed of any real investment beyond a vague social obligation to talk about our insane class problems.

Jasmine’s sister is marginally happier, certainly more grounded than the aggressively loopy Jasmine, whose sputter of self-hatred and omni-directional resentment is made all the more hilarious and viciously sad by her Upper East Side mucus drawl. Jasmine has a death wish or is already dead, unable even to successfully woo Peter Sarsgaard’s signature smart but deeply unsettling creep. She ends up nowhere, rightfully rejected by her disillusioned son and burning bridges with the last people who supported her insanity. At 78, Allen has made a seriously pessimistic and morbidly misanthropic take on the super rich and the super greedy. But in the end it’s basically a lark, and will do precisely nothing to change anyone’s opinion about investment bankers.

The Butler on the other hand is high melodrama, a well-edited and well-shot montage of great moments in 20th century civil rights, glossing over and simplifying everything it covers into a cartoon. Aside from questionable casting and “historical compression,” this is excellent entertainment that isn’t completely vapid, although unfortunately it does end on an unnecessary note: “We have a black president now—things have come so far.” Yes and no, but these types of movies should always end on “There is so much left to be done.” Sacrificing that for the obligatory happy ending is cheap and unnecessary. We have seen and will see many more movies about the treatment of minorities in America. The most important role these popular, mass release films can have is informing the public consciousness. Happy endings, and in the case of Allen’s film, a sort of throw your hands in the air, “I give up, I’m old, good luck guys” mentality, are bad news.