Triangle of Sadness is a fantastic satire of the rich. 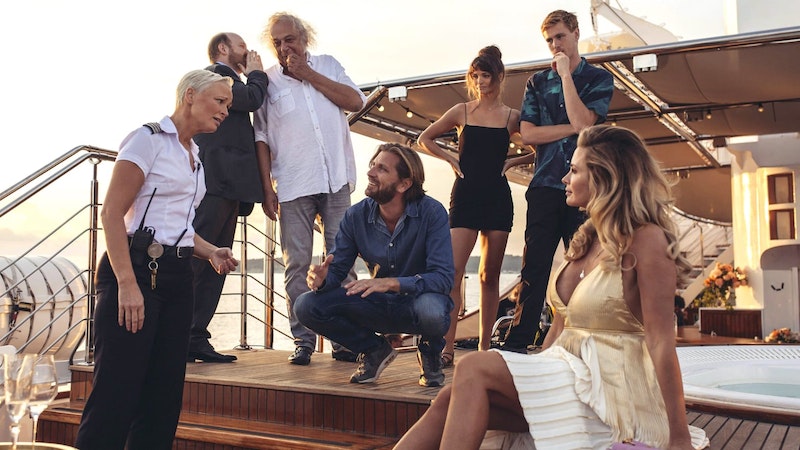 Few directors are as talented at satirizing the habits of the ultra-rich as Ruben Ostlund. While he's been working since the 1990s, the  Swedish director burst on the international scene with 2014's Force Majeure. That was a wonderfully uncomfortable comedy/drama about the fallout from a husband's brief act of cowardice during a vacation at a ski resort (never speak of Downhill, the atrocious 2020 American remake, with Will Ferrell and Julia Louis-Dreyfus, which missed everything that was appealing about the original).

Ostlund followed that up with 2017's middling art world satire The Square, but he's back in top form with Triangle of Sadness, which focuses on some rich characters on a luxury cruise that goes sideways, literally. The film won the Palme d'Or at the Cannes Film Festival, making Ostlund one of the very few directors to take the Palme twice (The Square won it as well.)

Triangle of Sadness features a great conceit, fantastic set pieces, and some fine character work. Its best scene features a drunken debate between a Russian capitalist and an American socialist, which I'm sad Christopher Hitchens didn't live long enough to see. While the cruise sequence is the film’s centerpiece, there are also strong first and third acts. The film opens by introducing us to Carl and Yaya (Harris Dickinson and Charlbi Dean), who are both fashion industry stars, although Yaya is the much more successful (and richer) of the two. We see them bickering about who should pay for dinner, among other tense aspects of their relationship. Dean, very affecting in the role, passed away suddenly after the movie was filmed.

They're invited onto the cruise, along with an eclectic group of people who made lots of money from different non-traditional places. Dimitry (Zlatko Burić) is a boisterous, side-burned Russian oligarch who made his money from “selling shit” (fertilizer). One seemingly kindly couple are actually arms dealers. It's clear they're all various degrees of repugnant assholes.

Dimitry winds up, in the film's best scene, in a fierce and drunken debate about capitalism and communism with the ship's captain (Woody Harrelson), as everything goes to hell all around them. There are people crashing into cruise ship walls, and plenty of vomit. Many local screenings held last week of Triangle of Sadness passed out air sickness bags, although they were likely more for social media shares than actual use.

I'm not usually the biggest fan of bodily-fluid-based comedy and don't particularly miss the late-1990s era when it was at its height, Ostlund does it in style. In the third act, meanwhile, the film turns into Lord of the Flies, with a background character (Dolly De Leon) effectively taking over both the group and the film. Some reviewers have grumbled about this part, and while it won’t be remembered as much as the cruise ship sequence, I thought it made its point well, and the movie ends on a perfect note.