Ruben Östlund’s Triangle of Sadness is a bloated attempt at a kind of comedy Americans do much better. 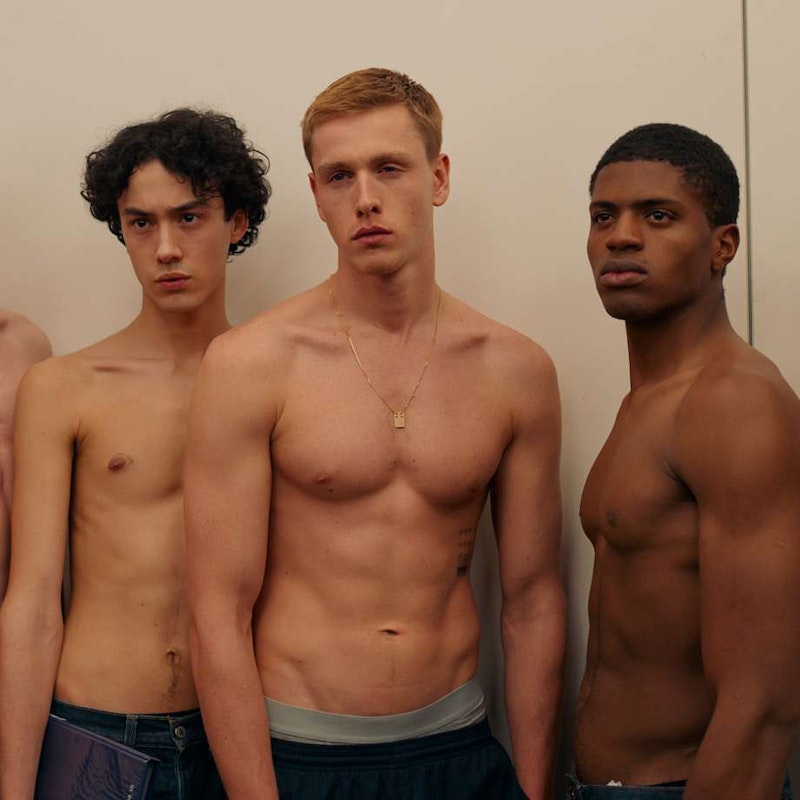 I’ve heard nothing but bad things about Ruben Östlund’s films since 2017’s The Square won the Palme d’Or at Cannes. His follow-up, Triangle of Sadness, won the Palme this year, a remarkable achievement that’s only made him more hated. His international breakthrough was Force Majeure, and it left me cold in 2014. A deadpan comedy that was actually just dead. People told me The Square was too long, and that its mockery of the art world was too obvious and over the top, but I couldn’t trust them, because they were all either artists, people in the art world, or two or three degrees removed. It’s a cancer.

Triangle of Sadness is another comedy about cancer from Östlund; in 2014, it was cowardly fathers; 2017, fine art; and in 2022, the rich. The movie opens at a fashion show, spends most of its time on a doomed yacht; and ends on a remote island. Harris Dickinson plays Carl, a male model with two more brain cells than Zoolander; he’s dating Yaya (Charlbi Dean), and the first of the movie’s three parts is named after them and focuses on a very boring series of arguments they’re having about nothing. Östlund lets his scenes breathe as if he’s expecting huge laughs and wants to make sure no one is going to miss any dialogue. But, at least without a big sympathetic audience, the movie just withers on the vine.

Triangle of Sadness has a strong opening: although most of the scene is in the trailer, the way it’s cut with the Suicide electro thump along with the title cards—all out of order—announces the movie powerfully. The momentum’s carried through a dramatic helicopter drop of Nutella onto the yacht that takes up the second part of the movie. Woody Harrelson is the Marxist captain, and he does nothing to assuage the fears of spoiled rich passengers during choppy waters. Toilets overflow, people vomit, and everything gets thrown around everywhere on board. Zlatko Burić plays Dimitry, a proud capitalist who has playful debates with Harrelson’s red captain over the yacht intercom during its last night.

Early the next morning, a band of pirates lob grenades on board, and the wife of a weapons manufacturer, nonplussed, picks it up right before it destroys the rear of the ship. The third part of the movie takes place on an island, where the half dozen clueless survivors are kept from starving to death by Abigail (Dolly de Leon), a maid on the yacht. Although some of the staging on the beach is funny—and, in retrospect, reminiscent of Marco Ferreri—Triangle of Sadness is the rare example of a European film doing something much worse than an American television show: Succession, which completely beat Östlund to the punch. He announced the title and premise shortly after he won the Palme in 2017, and Jesse Armstrong’s show premiered on HBO the next year.

There’s nothing in Triangle of Sadness that Succession doesn’t do better, besides its camera work (however great the writing is on Succession, it’s one of the most poorly-shot shows I’ve ever seen). There are gags that fill the background of a typical episode that serve as material for entire stretches of this 149-minute movie. A Swede’s attempt at Curb Your Enthusiasm just falls flat, and even if Succession hadn’t proven to be such a surprising artistic success, Östlund’s comedies aren’t funny. Toni Erdmann, from Germany, was hilarious, and in the same vein. Östlund’s characters are too much like moths, pinned to beautiful frames and unable to ever really be funny or quick.