"Now humanity’s in a new chapter, and perhaps even the idea of History will change.” 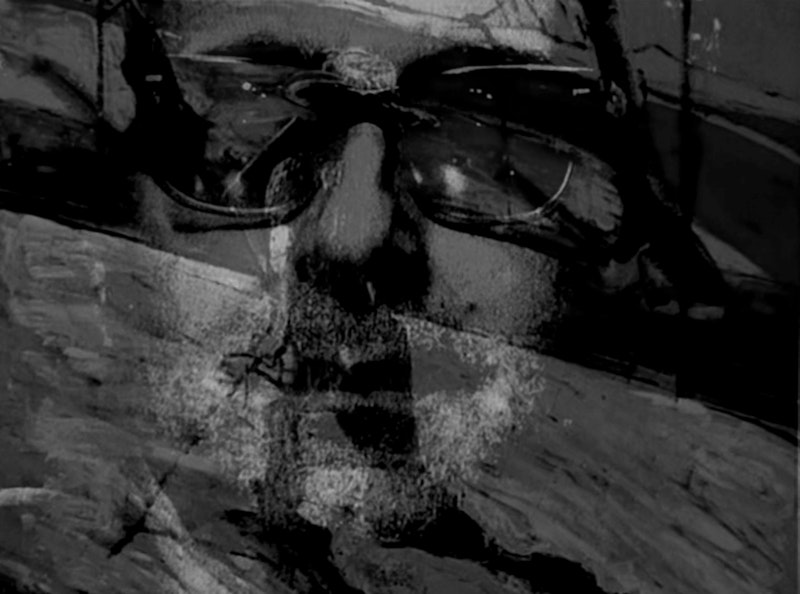 “If a man passed through paradise in his dreams and received a flower as proof of passage and, on waking, found this flower in his hand… What is there to say? I was that man.”

It feels uniquely perverse writing these words. Not least because Godard spoke often of his dislike for eulogies, but because I’m having to say goodbye to a man who has, for as long as I can remember, felt so persistently present. Until just recently, I’d spoken about him in the present tense: an artist still capable of asserting himself within the current moment; a man who, into his 10th decade, still found ways to shock me with the vitality and power of his vision, and his unwavering grip on the ethical, the political, the formal and the aesthetic. A man who recognized his position within cinema as grounds for constant innovation rather than merely reflection or isolated introspection, and who, at the time of his death, was still working towards the completion of two feature films which I was certain I would see released. Part of me still expects them to be.

Godard was a critic, a historian and an artist, but above all else he was a disciple of cinema. His work is as crucial and formative to the medium as that of D.W. Griffith, Orson Welles, or John Ford, and yet, the cinema was always bigger than he was. Watching his films, one feels that weight. I’m reminded of a typically bold and brash statement made by a young Godard, still a budding critic: “At the cinema we do not think, we are thought.” Watching a film is, in a certain sense, an act of surrender, but more than that it’s an acceptance of the medium’s transformative, alchemical power. For Godard, approaching the cinema in any meaningful sense meant engaging with a history of art, culture, politics, and philosophy far beyond the scope of what’s on screen. This isn’t to say that his work isn’t enormously emotional as well, reflecting his experiences and specific idée fixes, but like all personal work, they touch the universal.

This transformation goes both ways. “This double movement,” he would later write, “which projects us toward others at the same time as it really takes us back to ourselves, physically defines the cinema.” When we watch a film, we’re not only watching other people, we’re watching ourselves. In writing about Godard, I’m inevitably revealing and reliving many of my own hopes and dreams for what the cinema could be. The same could be said for anyone who’s had the pleasure of seeing one of his films. Seeing them and understanding that the cinema can be something vigorous, outrageous, idiosyncratic, and often more than a little frustrating.

Passing down lessons from his own closely-held critical influences, James Agee and André Bazin, Godard forces both viewers and critics to forge new synaptic pathways in approaching his work. Each of us can say that he’s changed our perception of cinema. The frustrations of Godard’s cinema are crystallized in the Joycean pleasures of his crowning achievement, Histoire(s) du Cinéma: a project which would dictate the course of his career from the 1980s onwards, and a film of such intellectual magnitude that I’m still unravelling its myriad tones, thematic threads, and the broader implications it has for the future of the cinema.

Even in an exceptionally bleak a work as Histoire(s), reckoning with the failure of 20th-century culture to address the aftermath of the Holocaust, one can find moments of stunning clarity, beauty, and fertile ground for new ideas and directions. As pessimistic, and intensely self-critical, as he could be, Godard never conceded defeat: “Histoire(s) du cinéma was historical, it wasn’t despairing at all. It shows things that induce despair. There’s a fair amount to be despairing about, but existence can’t despair.”

The often Sisyphean struggle present within, between expectation and reality, tradition and modernity, History and history, was ultimately not cause for resignation, but (as his close friend, and a fellow titan of cinema, Jacques Rivette, would surely agree) a space for constant redemption and renewal. “You could say that a certain cinema is now concluded. As Hegel said, an epoch has ended. Afterwards things are different. One feels sad because childhood has been lost. But it’s normal, too. Now there’s a new cinema, and a different art, whose history will be made in fifty or a hundred years. Now humanity’s in a new chapter, and perhaps even the idea of History will change.”