Benchmark for a serious movie? If you can live tweet it. 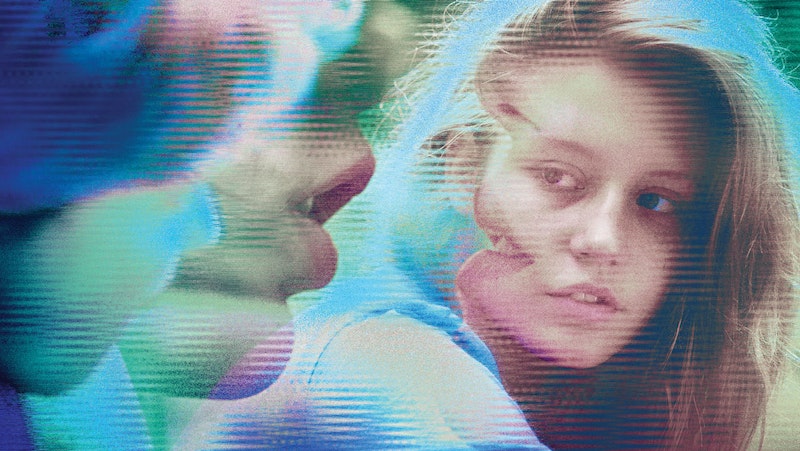 More movie criticism should read like Mira Gonzalez’s “failed” review of Blue is the Warmest Color. This is the second sentence of a response to Gonzalez’s review that I’ve been trying to write for three days. I was going to cite this review of 12 Years a Slave as good, to me, standard movie criticism, done well, to hedge that people like Anthony Lane and Armond White are not totally retrograde. This was unrelated to Tao Lin and Gonzalez’s failed attempt to live tweet 12 Years a Slave after successfully live tweeting Gravity, although I’m glad we got here, because the Gravity live tweet is maybe my all-time favorite piece of movie criticism.

I can’t think of a better way to properly strip formulaic and emotionally manipulative movies like Gravity and The Hunger Games than by live tweeting in the theater, breaking the cardinal sin of movie-going and disrespecting the movies that disrespect us as human beings. (As long as you’re alone with complicit friends, not bothering anyone else. It’s probably a lot easier to do this in Manhattan where empty or near-empty multiplexes are abundant.) Every cliché and play-by-plays of offensively phoned-in performances, like George Clooney’s, are rightfully questioned and mocked.

Lin: “Imagined myself walking to front of theatre to loudly explain that George Clooney is acting, that (incoherently) 'it's obvious he's acting'”; “Sandra Bullock shldn't be allowed in space I feel (via she, instead of being calm, said 'shit' w earnest, strong-seeming annoyance)”; “Unconsciously 'burst out laughing' after Sandra Bullock said something like 'clear skies w a chance of debris' that I 'knew' was not funny.”

Whether or not you can live tweet a movie is a good benchmark for how much effort and passion went into it. Movies that don’t meet that, and most don’t, deserve to be picked apart moment by moment in their palace. Another amazing quote: “Imagined myself on Bill O'Reilly's show having a 'heated' discussion about this movie in which I insist 'I just didn't feel stimulated Bill'.”

Two hours ago, when I had 200 words left to write about this amazing new way to communicate about movies and checks and balances, a piece of tar shot into my eye and it was so painful and irritating and impossible to get out that I went into a fugue state. I was so desperate to remove this sharp piece of tarred resin that scraped my left eye every time I blinked, that I grabbed tweezers, then a small knife in a disoriented mania to get rid of it, the first time I’ve ever experienced something like that. I started hyperventilating and couldn’t stop thinking the word “D.A.R.E.” in an earnestly sorrowful way.

After 45 minutes I almost went to the ER, disbelieving the situation I found myself in and how I might actually have to go to the hospital to get this fucker out of my eye because it wouldn’t stop hurting. My roommate said I should just get in the shower and when I got out, it had disappeared. At one point I thought “this would be good to live tweet.” Then someone said, “This would make for a really good anti-pot PSA.” I started thinking about the last scene in Lin’s Taipei, when Paul is tripping on mushrooms and thinks he’s dying/already dead. I would like to see a whole movie that depicts situations that are, specifically, “hellaciously unpleasant,” like overhearing someone talk about you or accidentally drinking piss or cigarette butts, or getting resin stuck in your eye for an hour. I would welcome any and all to live tweet everything wrong and emotionally manipulative so that I may make more honest work in the future. Live tweeting is an excellent form of checks and balances in a landscape of shit movies that receive little objection from a narcotized audience that isn’t even on drugs.

Most major-major and major-indie movies today are churned out and rely on formulaic Hollywood sentimental narratives that are emotionally draining and numbing. Dallas Buyers Club for example: okay movie, but morally suspect because it’s so eager to redeem Matthew McConaughey’s racist, homophobic, misogynist, drug addict, unrepentant character via the “scumbag with a heart of gold” device. I liked the movie while I watched it but felt completely empty as soon as I left the theater. This happens a lot. Gonzalez’s set-up to seeing Blue is the Warmest Color and how the person she saw it with and her/their history affected her perception of it was 100 percent more relevant than the coat & tie tone of highbrow movie criticism and the rest of the junk out there. Live tweeting bad movies and using others as merely the center of a broader personal story is more honest and direct in describing how we consume information today. Viewers need to be mindful of how we’re treated and talked down to by filmmakers who probably aren’t thinking about any of this at all.