Steven Soderbergh's Kimi is a nifty thriller that handles tech, surveillances, and the internet much better than most films. 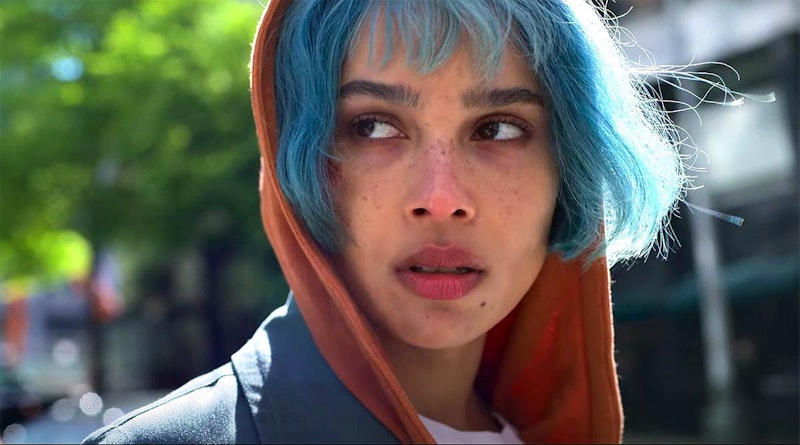 Steven Soderbergh's Kimi is a movie I knew we'd get eventually: A riff on Blow-Up, The Conversation, and Blow Out, only set in the 21st century world of AI and high-tech surveillance. I assumed that movie would have a hero who was a Facebook moderator, but instead they went with Alexa/Siri. However, the heroine does say at one point that she used to be a Facebook moderator. The film debuted on HBO Max with a lack of fanfare unworthy of a filmmaker of Soderbergh's stature. Kimi isn't at the top of the director's filmography, but it's a quality techno-thriller that has some original things to say about big tech malfeasance.

Written by veteran screenwriter David Koepp, who's responsible for everything from Jurassic Park to the first Spider-Man, Kimi starts off with the Blow-Up premise, adds in elements of Rear Window, and later segues into more of a Parallax View-style corporate thriller. The film seems inspired at least in part by the murder case in Arkansas a few years back in which an Amazon Echo was thought to have captured the killing (a character describes "the Arkansas/Amazon thing").

Zoe Kravitz, capably carrying the movie, stars as Angela, a blue-haired content moderator for a Seattle-based tech corporation called Amygdala. The company’s product is an Alexa-like voice assistant called Kimi, with the value proposition that a real person is on hand to answer questions that the AI software can’t. Which requires even more surveillance than tech companies already do.

Angela’s a work-from-home agoraphobe who's still stuck inside, even as the lockdowns of 2020 appear to have lifted. At first, like Gene Hackman in The Conversation, Angela hears something in one of the recordings, analyzes it more and more deeply, and thinks that something was a brutal murder. She repeatedly lets the company know, but they're too worried about their upcoming IPO—and, implicitly, the need to cover things up even further—to do anything about it. One of the film's better ideas is to show that the company doesn’t care.

The film's first half is largely set in Angela's apartment, with occasional on-screen Zoom calls. This is normally a deathly device, but Soderbergh (once again doing his own cinematography as "Peter Andrews") finds a way to make it interesting. And part of that is who's on the other end. Soderbergh likes to put surprising faces in small roles; see his The Informant!, in which almost every bit part was cast with comedians like Patton Oswalt and both Smothers Brothers. Here, Robin Givens pops up as Angela's mother, while we also see the likes of Andy Daly and David Wain making appearances in Zoom windows. Rita Wilson has a small but chilling turn as an HR rep, while magician Derek DelGaudio plays the slimy Bezos stand-in.

The film’s second half takes things in a more traditional cat-and-mouse direction, but it leads into a perfect use of the film's titular technology, punctuated with a musical needle drop that I don't expect to be equaled this year. There's also a brief reference to Seattle's Capitol Hill Autonomous Zone affair of 2020, which could probably be its own movie. Soderbergh, since ending a brief retirement, has been rather prolific, with his last three films, including last year's star-studded crime picture No Sudden Move, all debuting on HBO Max. Kimi is his fifth film since 2019, with a sixth, a Magic Mike sequel, on the way later this year. Kimi is a a nifty thriller that handles tech, surveillances and the Internet much better than most films.