It's a "for fans only" insider affair. 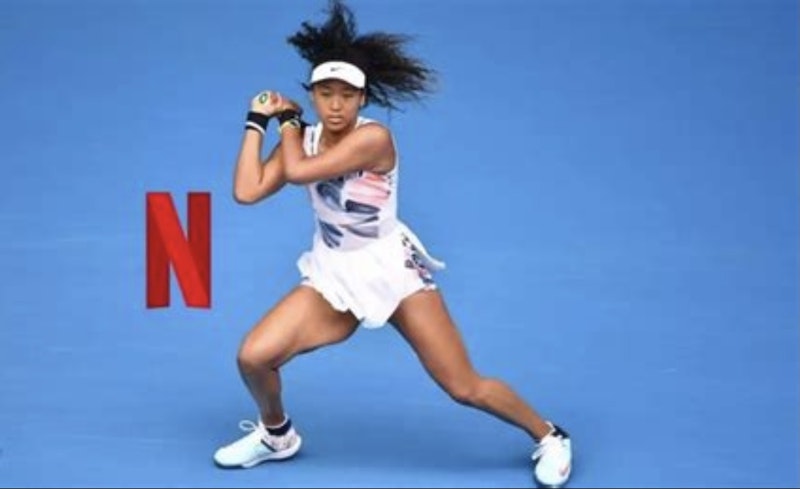 Garrett Bradley, director of the new Netflix docuseries Naomi Osaka, doesn't waste any time in announcing the phoniness of her effort. Just a few minutes into the first of three episodes, she shows footage of the young tennis champion's bittersweet first Grand Slam victory over Serena Williams at the 2018 U.S. Open, but somehow omits Serena's wild and inappropriate tantrum that tainted that victory and put the younger star on a downward psychological trajectory. The director presents just the last few points of that match, as if Serena's eruption over heading towards a loss with a younger version of herself never happened. That was a strategic omission—the subject's too hot to handle for this timid film— and a tip-off that you're about to watch a carefully-curated snoozefest/brand-building (for Netflix as was well as Osaka) effort.

After Osaka collects her U.S. Open trophy, as if it were just a normal post-championship award ceremony, Bradley gives us the player's agent offering some bland thoughts, and then a fashion shoot.

According to Wikipedia, Garrett Bradley (who Netflix commissioned for the film, with LeBron James as executive producer) is an American filmmaker known for exploring the sociopolitical significance of her subjects' "lived experience." "Lived experience," a lynchpin of Critical Race Theory, is another clue to this film's intent, and it's odd that Osaka's lived experience, as portrayed in this film, didn't include her crying at the U.S. Open during her victory ceremony because her tennis idol had ruined it for her. Those weren’t tears of joy.

Osaka has said that the depression that she claims now prevents her from meeting with the media after her matches began on that very day. You might ask how a career triumph at such a young age—20—sparks a series of depressive episodes, and you might assume that Bradley would provide some insight into this matter.

The second episode deals with the tennis player's "mental well-being," but totally ignores a pivotal event contributing to its deterioration. The narrative is that the media has caused all of Osaka's mental health issues, but I suspect it goes deeper than that. I believe that Serena's meltdown had something to do with it and that Osaka doesn't want to touch that.

Instead of showing the excitement that Osaka can produce on the tennis court, this film lingers on the player's everyday grind, her massages, and post-match, low-energy interviews. In an example of the distanced approach this film employs, we see an event announcing Osaka's new coach, but get no background information on why he was brought in or what happened with the previous coach. Bradley just skims the surface of the past three years of her subject matter's life. Granted, she doesn't have much raw material to work with, as Osaka's often somber personality doesn’t make for riveting viewing, a fact that's underscored by the equally somber original music by Theodosia Roussos and Devonté Hynes, also known as Blood Orange, which adds a ponderous tone to the series.

Naomi Osaka is all about a predetermined narrative. It's an "authorized" piece of work with the feel of an extended public relations release. Watching Osaka play tennis is much more interesting than anything else Bradley provided, but the director gives that short shrift. If the filmmaker had chosen to show footage of Serena's meltdown and Osaka subsequently looking lost as she waited to receive the trophy she'd long dreamed of, that would’ve provided more drama than the entire series does. Equally interesting would have been having the young star talk about that day and the conflicting emotions she was feeling. If Osaka participated in this project to show a side of her that the media won't, she failed.

In one episode, Osaka, who has given up her American citizenship, addresses the criticism she's received for representing Japan for her entire career. She's heard from some that, as a result, her "black card" has been revoked. But we get no context to process the matter. Are fellow black people saying this to her? If so, why? Bradley could’ve deleted footage of her subject getting her hair done and devoted the time to this angle.

There’s another glaring gap in this film—it says nothing about why the Osaka family (she uses her mother's last name) abandoned Japan when she was only two, and why the decision was made to represent Japan instead of the U.S. Was the racism against her black father in Japan a contributing factor? There's a good chance that it was, as Japan is a racist country towards black people. And why does Naomi not use her father's surname? Most likely that was a business decision, but once again the film shies away from anything difficult.

The greatest fault with Bradley's work is that she invited only insiders to participate. Though her impressionistic work is meticulously composed, it's flat and lifeless, with a narrow point of view. It produces the feeling of being spoon-fed a crafted narrative, but the director's too much a part of Team Osaka to provide a rounded portrait of her subject.