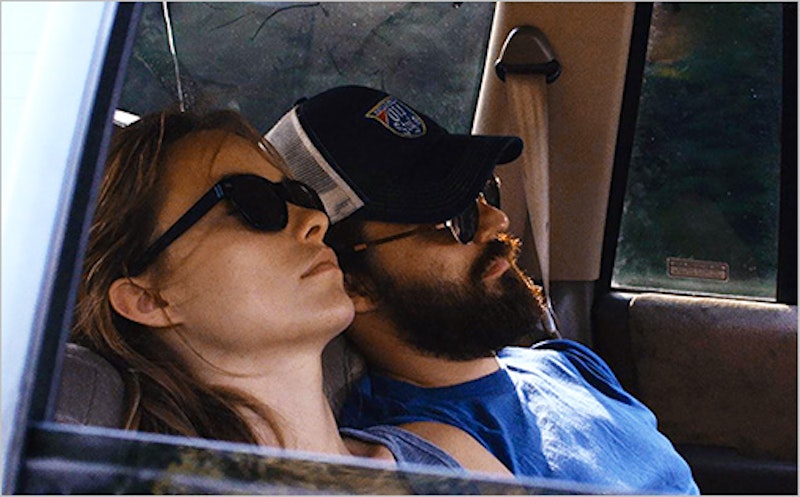 The Maryland Film Festival is this weekend. I’m biased, but it’s the best film fest on the East Coast. Here are my impressions from two films that screened May 9, Good Ol’ Freda and Drinking Buddies.

Good Ol’ Freda manages the impossible and ekes out a last bit of milk from the exhausted Beatles empire. Freda Kelly, born in 1943, was the Fab Four’s secretary for 11 years, from their inception in Liverpool to their messy, litigious demise in 1970. Freda, her daughter, and a handful of Beatles associates (Ringo cameos during the credits, Paul is a no-show) talk wistfully about her time working for the band and managing their fan club. Everyone attests to Freda’s humility, privacy, and kind heart—so nothing especially salacious is revealed, except that she probably had a relationship with one or more of the Beatles early on. Kelly gave most of her memorabilia away in 1974, keeping just a few boxes of Beatles books and scraps and refusing to capitalize on her totally luxe resume. She was beloved and close to the band, but most of what she tells us is already widely known: Paul was a Goody Two-shoes, John was moody and unfaithful, George was quiet and thoughtful, and Ringo was silly and didn’t get much fan mail. Arguably it could’ve used more Beatles, less Freda. But you can’t really go wrong with anything Beatles-related, and the Boomers in Baltimore’s Charles Theater 1 lapped it up with smiles.

For whatever reason I decided against the Divine documentary I Am Divine and saw Joe Swanberg’s Drinking Buddies instead. Big mistake. Swanberg’s film features a bunch of rising and semi-notable actors (Olivia Wilde, Anna Kendrick, Joshua Jackson, Ron Livingston, and Jason Sudeikis) floundering in scenes and conversations that go nowhere. Everyone is propped up by this aggressively transparent and annoying “conversational” style where the actors improvise everything off a loose outline. There are exceptions, but this approach really only works with non-actors, whose brilliance is a product of not knowing anything about acting. With little direction on what to say and how to act except naturally, every person in Drinking Buddies totally hams it up and chews the scenery down until there’s nothing left. Tons of over-exaggerated facial expressions, pregnant pauses, awkward jokes, and small talk that an actor might think sounds natural, but it’s all so forced.

The stakes are tremendously low, too: the Olivia Wilde character is seeing Ron Livingston, then he kisses Anna Kendrick, who’s dating Joshua Jackson but is desperate to escape his wormboy nice guy embrace. Upper middle class bougie white people in a craft brewery struggle with sexual tension. The blood pressure is so low on Drinking Buddies that I felt like I watched a 90-minute lunch break. There is no emotional investment from anyone involved, and the themes explored are well-worn and boring, executed with the sterile precision of a detergent commercial but lacking in anything resembling urgency. Put it on the pyre.