Jane Campion's Top of the Lake is Flawed and Beautiful

Looking back at Sundance's seven-part miniseries. 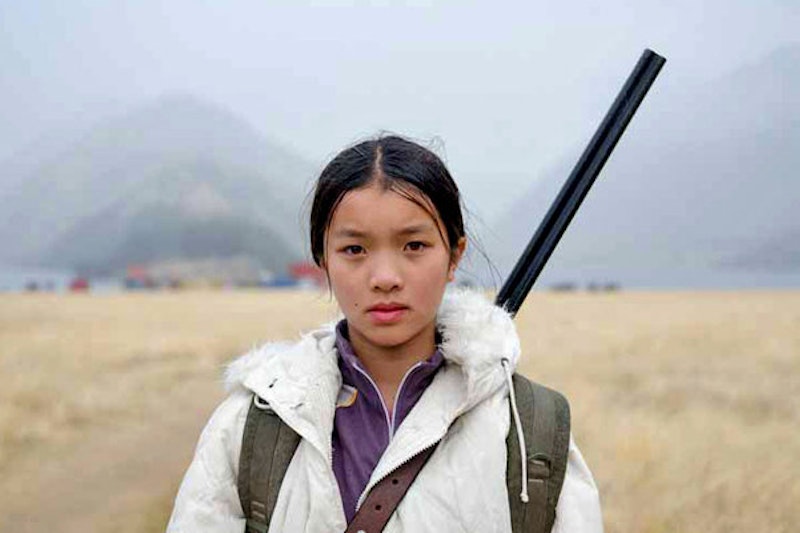 A couple of weeks back, while reading some reviews of Rectify, the new drama from the Sundance Channel, I discovered that I'd somehow missed Sundance's first real foray into original programming, a seven-part miniseries from renowned writer/director Jane Campion, titled Top of the Lake. The show was produced in conjunction with BBC2 and UKTV and stars, among others, Elisabeth Moss, David Wenham, Peter Mullan and Holly Hunter, who previously worked with Campion in 1993's The Piano, still her best known film.

Top of the Lake sets itself up as a rather straightforward mystery—the story of a pregnant 12-year-old runaway named Tui and the detective who'll stop at nothing to find her. Set in rural New Zealand, the tranquil lakes and beautiful mountains are in strict contrast to the thoroughly ugly locals: roughneck bikers and drug dealers, rapists and drunks; characters straight out of a Donald Ray Pollock book. It's everything AMC's The Killing was trying to be, but Campion does it better, thanks to some fine performances, most notably from Mullan, who plays Tui's father, Matt Mitcham. Mitcham is the local drug czar, and in the early episodes we see him both shoot a dog and drown a local real estate agent, Bob Platt. Platt has sold off a bit of disputed land ("Paradise") to GJ (Holly Hunter), a sort of New Age feminist guru who philosophizes about "the tremendous intelligence of the body." Mitcham argues his family owns the land—later we see him whip himself with his belt while kneeling in front of his mother's grave, promising her he'll make it right.

GJ's compound focuses the story's real concern: broken women and the men who broke them. As we learn halfway through the show, Detective Griffin (Elisabeth Moss), the detective assigned to find Tui, was herself raped as a 15-year-old girl. She left Laketop after that, living for years in Sydney, and has only come back to care for her dying mother. Ignoring phone calls from her fiancé, Griffin has an affair with Johnno, an estranged son of Mitcham's and a helpless witness, Griffin finds out, to her own rape years ago.

In his review for The New York Times, Mike Hale complained that Top of the Lake was nothing but a "weary parable," and he's not totally wrong:

Top of the Lake is the latest expression of the Campion worldview, in which there are two kinds of men—brutes and weaklings, though they’re uniformly degenerate—and one kind of woman, the victim, who can come in a variety of guises: the flower child, the shaman, the neurotic, the armed avenger. The story progresses like a tournament: a series of tests that men inevitably fail.

I'm a little more sympathetic than all that, since this is, I think, Robin's story; the real mystery is not about Tui at all (despite what the unfortunately predictable twist ending would have you think), but about what happened to Robin all those years ago. Of course, Campion is a feminist filmmaker (e.g. the obvious symbolism of the name Robin Griffin) but heartfelt storytelling is heartfelt storytelling.