One of TV's best is set to adapt the works of William Faulkner. 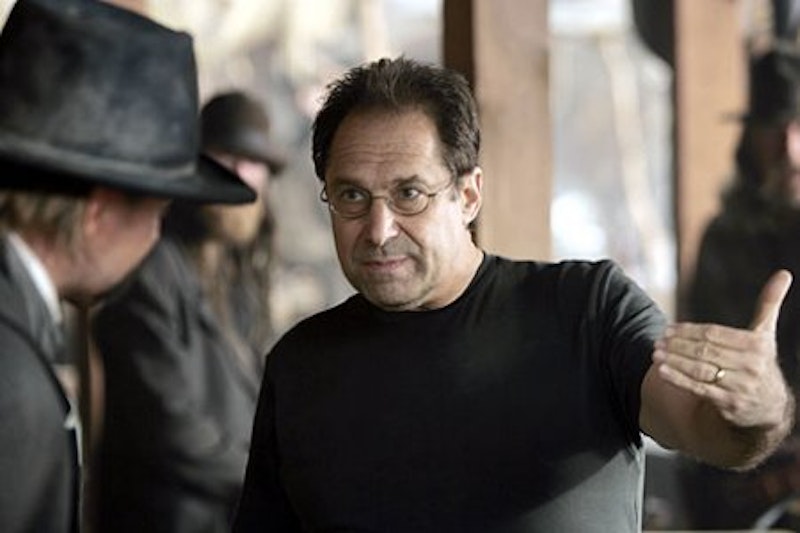 After the cancellation of his sorely under-appreciated "surf-noir" drama, John From Cincinnati, David Milch looked like he was in trouble. JFC was a big project for Milch—his return to HBO post-Deadwood, which according to various internet rumors I've read was either canceled by HBO or dropped by Milch so he could focus on JFC. After one season, however, HBO decided the ratings weren't there, and never would be, and Milch moved on to a new show, Last of the Ninth, based on the Knapp Commission investigations into NYPD corruption in the early 70s. That show never even aired a pilot, and Milch took a couple of years off to refocus.

Now it looks like Milch is back in it, and how! Earlier this year we heard about his upcoming HBO horse-racing drama, Luck, starring Dustin Hoffman and—in what looks like a surprise career comeback—Nick Nolte. Milch is also set to direct a feature-length based on the video game Heavy Rain, as well as produce a new legal drama for NBC, and—as was announced just a few days ago—will be working with HBO to adapt a number of works by William Faulkner.

Since that last announcement, bibliophiles everywhere have been wondering just which Faulkner Milch would take on. Over at Slate, David Haglund talked to some famous Faulkner buffs about it, including Salman Rushdie and Francine Prose. The only agreement among them all: "stay away from As I Lay Dying." Which is a little confusing insomuch as that particular Faulkner classic has made for a successful stage play on a number of occasions. In fact, there's a crucial scene from JFW that suggests Milch has enough theatrical experimentalism to pull it off:

Milch has already proven himself adept at handling the central Faulknerian moral conflict of old vs. new—it was the crux of Deadwood after all. So there's really no one I'd rather see rework this stuff. Now what specifically would I like to see Milch do? Well, I'll give you my top three: 1) The Wild Palms [If I Forget Thee, Jerusalem]—which happens to be my favorite Faulkner collection; 2) The Sound and the Fury, that staple of HS reading lists, long overdue for an updated film version; 3) And "The Bear," his best-known short story, and an epic on par with some of the best Greek tragedies.