For the Sake of the Story

The season finales of Boardwalk Empire and Sons of Anarchy offer two distinct approaches to drama. 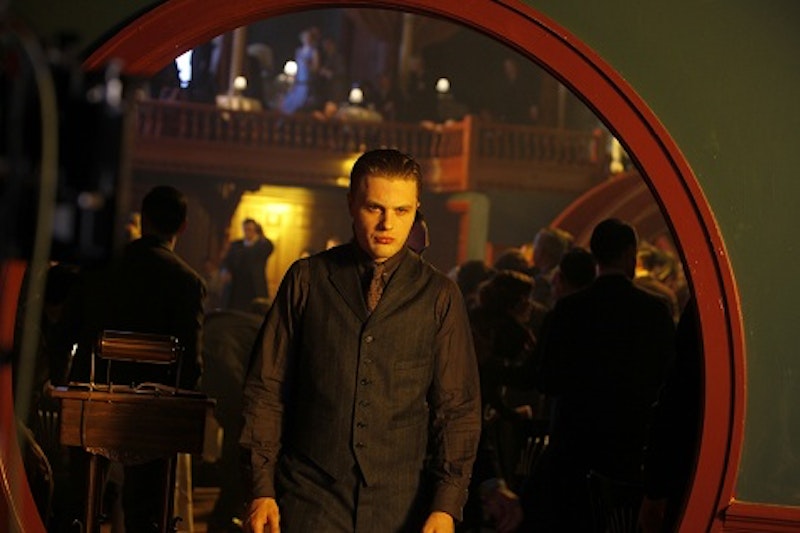 Last Sunday's shocking season finale of Boardwalk Empire, in which Nucky Thompson (Steve Buscemi) puts two bullets in Jimmy Darmody (Michael Pitt), has a lot of fans outraged: "Now that the writers killed off the BEST part of BOARDWALK EMPIRE I have no desire to watch the series again"; "It looks like they wanted shock value. He was the soul of the show"; "STOP KILLING OFF THE GOOD CHARACTERS!!!" And on and on.

For a show that often plods along, it's certainly stacked up its fair share of bodies over the past few weeks: Darmody, his wife, the Commodore, not to mention assorted Irishmen, politicians and Klansmen.

What's obvious is that no one saw this coming—I was convinced, up until that first shot rang out, that Nucky would turn the gun on his brother Eli instead. No doubt this would have gone down better with fans. But I guess we should know better than to expect the expected from Terence Winter, a former writer and executive producer on The Sopranos who knocked off more than a few beloved characters: Adrianna, Pussy, Bobby Bacala... the list goes on.

By killing off Darmody, Boardwalk Empire has established itself as TV's boldest drama, taking risks that no other show would dare. And understandably so, 39 percent of the more than 6000 fans who voted in a Washington Post poll said they won't be tuning in for season three. Which explains why more established TV dramas are hesitant to kill off main characters.

Take, for example, the most recent season of Sons of Anarchy, which should have ended in an all-out massacre, but instead merely kept the status-quo, maintaining a forced alliance between Jax Teller (Charlie Hunnam) and Clay Morrow (Ron Perlman) through all sorts of implausible contrivances: the Galindo Cartel is allied with the CIA, they need the gun deal with the Irish to go through, the Irish will only deal with Clay, etc. As Zach Handlen of the A.V. Club put it:

This is weak, sloppy storytelling, an insultingly vapid deus ex machina designed largely to make sure we get to the end of the season with minimal shift in character or situation. It’s a reset button, and what’s worse, it’s a reset button that hits at the exact moment when all the built up tension the show has been accumulating over the past few weeks was primed to explode.
Which just makes me appreciate Boardwalk Empire all the more—that Terrence Winter is willing to put off his fans for the sake of following a good story through to its inevitable conclusion. As Alan Sepinwall said in a recent episode of his Firewall and Iceberg podcast, "I don't know that Terrence Winter watches Sons of Anarchy but my God did a lot of that finale play like a rebuke of what Kurt Sutter did in Sons of Anarchy Season 4." Thank God someone's willing to do it.