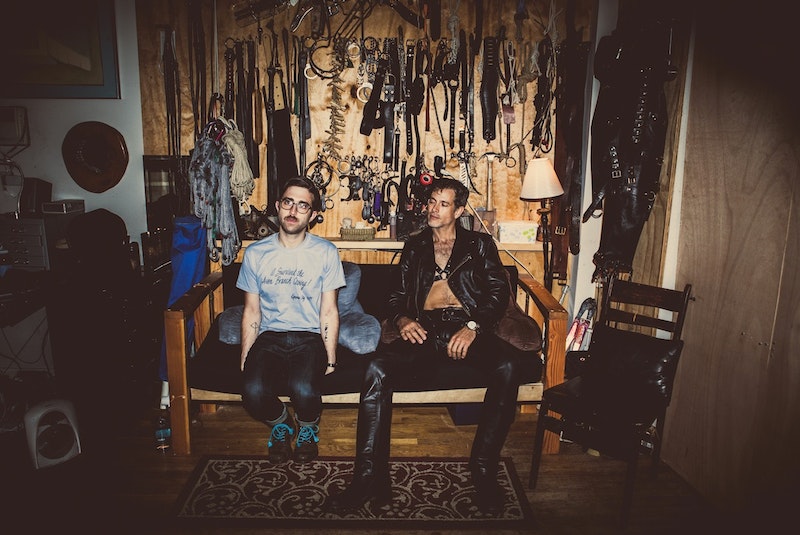 Queer cinema may have a new champion in filmmaker Mark Blane, but his latest project is already facing the same noisy resistance as any other progressive vision of gay lives.

Blane’s newest project, Cubby, is already under attack by conservative Internet trolls before a script has even been distributed. Currently funding through Kickstarter, Blane describes his story as “three different generations of men looking for acceptance and love.” The New York-based film features a gay nanny from the Midwest (Blane), who strikes up an unlikely friendship with a former sex worker, played by former Kink.com star Christian Patrick. Complications build into a fish-out-of-water tale as the naïve nanny of a young boy finds himself unexpectedly introduced to the world of BDSM. Over a four-day period, an unlikely bond forms between the three males—with darkly hilarious consequences—as they experience unexpected life lessons from one another.

The real triumph of Blane getting his film made could become a transformative example of how crowd-funding continues to change the creative landscape for queer filmmakers, allowing a challenging story to be told in a truly authentic voice.

As we spoke about his project, Blane shared his own resistance to definitions from gay or straight audiences. He said, “I believe that if we have one gay character, people assume that all the characters are gay. But queer cinema can be about how many different characters relate to the protagonist’s experience. It doesn’t mean you have to sit down and label each character’s sexuality.”

The conservative opposition is aggressive. Blane’s received messages that his project is “…brain-washing children. You’ll make the child gay.” Blane’s received a number of death threats from anonymous email accounts. His experience highlights the contradictions posed by the power of today’s Internet, which provides the freedom to explore difficult creative ideas, but likewise gives a platform to antiquated notions of how gay cinema should be presented.

It’s the film’s inclusion of both a male sex worker character and a young child that’s making some uncomfortable, although Blane is quick to point out that there is no connection between the two in terms of sexual situations or scenes. It’s Blane’s character of the gay nanny whose own story actually bridges the two worlds he encounters. 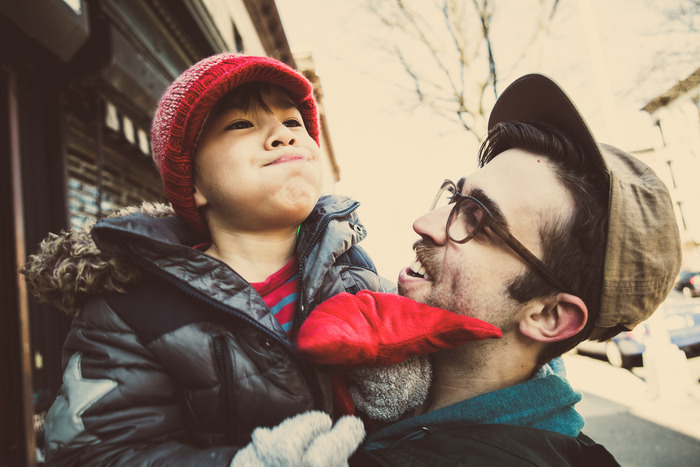 Ultimately, Blane feels it’s the subliminal underlying issue of three male characters taking care of each other emotionally that sticks in the craw of some critics. And, he believes, that’s precisely why more complex films need to be made.

“Cubby is on a mission to challenge viewers,” Blane says. “As filmmakers, we need to take more risks, be a little gutsy, a little more complicated. Because human relationships are complicated.”

It’s not Blane’s first brush with opposition to his queer-themed projects. The 2012 Chicago premiere of his own play The Rock & The Ripe generated nervous buzz for its frank grappling with gay teen suicide. Some critics feared that even having a conversation about suicide would, in turn, spark a rash of self-harm in the very youths the project was attempting to reach.

Blane recognizes Hollywood’s attempts to diversify with queer characters and stories, but feels the efforts are falling short. Jared Leto’s Oscar-winning turn as a transwoman with AIDS in Dallas Buyers Club, for example, was perhaps rightly criticized as being “[A]nother moment when liberals in Hollywood, both in the industry and in the media, showed how little they understood or empathized with the lives of a minority they imagine they and Leto are honoring.”

Men as a whole are still encumbered by gender stereotypes, often reinforcing the idea that it’s abnormal for men to emotionally support one another. As actor Emma Watson noted in her recent HeForShe speech at the U.N., men are “made fragile and insecure by a distorted sense of what constitutes male success. Men don't have the benefits of equality, either.”

Since Kickstarter began in 2009, it’s been a liberal platform for emerging artists to connect with a public willing to donate funds for challenging projects like Cubby. Though Blane’s film needs a relatively modest $90,000, he admits it’s an uphill struggle to reach the goal, currently deadlined as October 2. (For perspective, the campy low-budget indie Another Gay Movie cost around half a million dollars). The challenge may be fueled by high-profile films like Veronica Mars, and Zach Braff’s Wish I Were Here, which raised $5.7 million and $2.7 million respectively, using crowd-funding campaigns. The big waves made by these films are making it tougher for interesting indie projects like Blane’s to make a ripple in the online ocean.

If Blane were to cast a Zac Efron or another Hollywood star in his film, the project might get more of a publicity push. But that’s not the project Blane wants to create. Cubby marks an important opportunity for a queer character’s story to be told by a writer and actors with intimate knowledge of the experience. Internet trolls might want to use Cubby as a conservative whipping boy, but such films must be challenging—even to a gay audience—in order to spark change. If cinema doesn’t explore honest and sometimes difficult stories, the queer community will continue to be plagued by dull misrepresentations of their lives, shaped and censored by the conservative dolts that fear them.