Seven differences between Man of Steel and the original Superman. 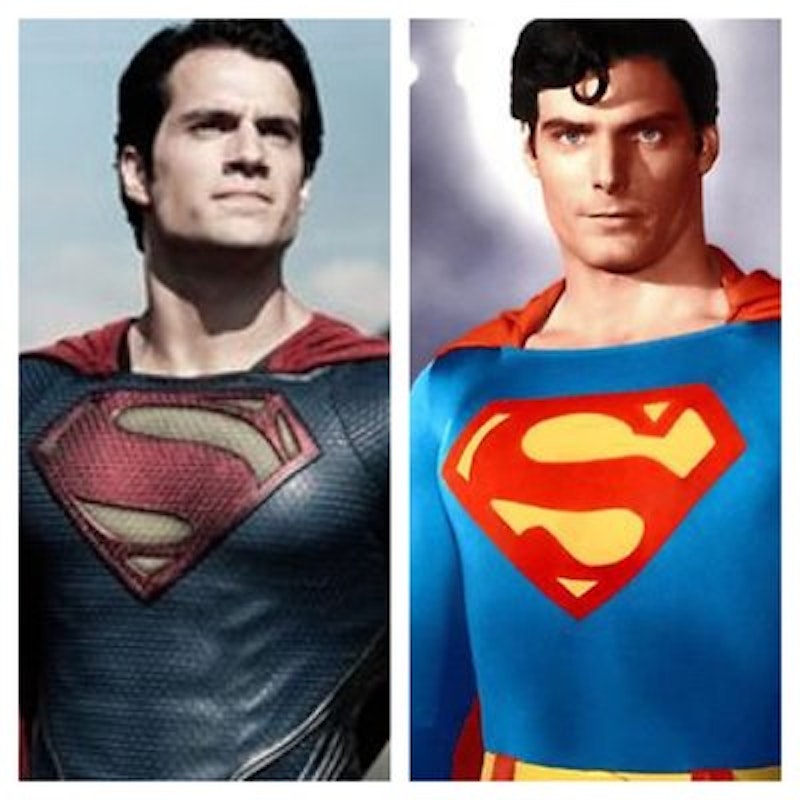 Took the kids to the movies last weekend to see Man of Steel, which tallied $125 million at the box office, so we weren’t the only ones seeing it. As a girl who was completely captivated in 1978 by the original Superman movie, I was interested to see what the differences between the two films were going to be. I had a colossal crush on Christopher Reeve back then. Could the overhyped Brit Henry Cavill fill the red boots?

Anyway, Cavill is hot as the Man of Steel (and maybe is a tad more ripped in the suit), but my Christopher Reeve crush as Superman (he brought more humor and unapologetic sex appeal to the role), as well as the camp of the original version, remains superhero strong.