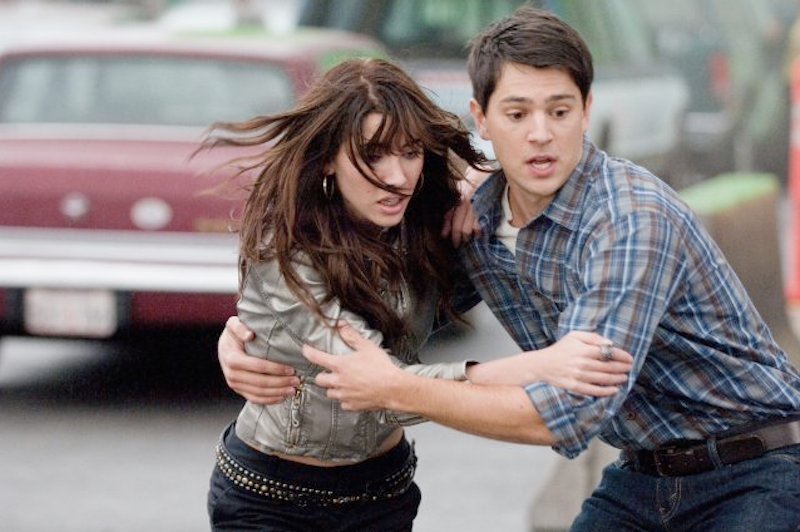 Now that we’ve gotten the best movie/album/TV series of 2010 out of the way (The Social Network/Kanye’s My Beautiful Dark Twisted Fantasy/The Walking Dead seem to more or less be the consensus picks, and in a pinch I’ll go along with those choices), let’s take a look at what’s coming down the pop culture pike for 2011. This is by no means intended to be a comprehensive list; instead, it’s one individual’s view on what might (or might not) be what we’ll all be talking about besides the 2012 presidential race.

To start off, let’s consider movies. Yes, there will be more 3-D, more sequels, more sequels in 3-D, more remakes, and in general more of the same. But there will also be some titles that may prove to last longer in the memory than the time it takes to get home after seeing them. I’m an optimist that way.

The most intriguing film on the horizon at this point is Terrence Malick’s The Tree of Life, whose trailer seems to fulfill its promise as a meditation on existence, as filtered through the story of a boy, abused by his father (Brad Pitt), who grows up to be Sean Penn. Malick, the famously reclusive filmmaker who took 20 years between his second (Days of Heaven) and third (The Thin Red Line) features, has been making up for lost time lately; he’ll allegedly have yet another film out in 2012. All the shots of nature and the swirling cosmos in the Tree trailer seem to prove that his eye for arresting images hasn’t abandoned him; we’ll see about the story.

On the flip side are the would-be blockbusters. Besides the ongoing Twilight and Harry Potter series (people still go to these things in droves, and yet I don’t personally know any of them), next year will see the first full flowering of The Avengers film series, an attempt at a multi-movie, multi-tent pole character universe of Marvel comics characters, the likes of which has never been attempted. Having started with the Iron Man films, and Samuel L. Jackson’s Nick Fury character, the series expands next year with individual Thor (5/6), and Captain America (7/22) titles, with Robert Downey Jr.’s Iron Man and Mark Ruffalo’s Incredible Hulk joining in for the actual multi-crossover The Avengers film itself in 2013. It’s an intriguing, high-risk concept, especially when trying to get millions of Americans hyped up by a relatively ridiculous, half-forgotten character like Thor … but then again, Iron Man wasn’t exactly in the mainstream before the ’08 film, either.

And speaking of ridiculous and half-forgotten, The Green Lantern, starring Ryan Reynolds, arrives on 6/17, not to be confused with The Green Hornet on 1/14, which actually looks like it could be worthwhile as slim Seth Rogen brings his Rogen-ness to the character. (Then again, January is famously a dumping ground for no-hope movies, so proceed with caution. After all, the Jonah Hex trailer looked fairly interesting.)

On the remake end of things, we’ve got Jason Statham and Ben Foster in The Mechanic (1/28), one of Charles Bronson’s better pre-Death Wish actioners, about a couple of hit men who—all together now—get in too deep. I’ve liked Statham ever since he was making Guy Ritchie films, but with the exception of the first Crank and The Bank Job, he’s been a bit overdue for something worth watching. Sam Peckinpah’s indelible Straw Dogs gets remade with another solid actor still looking for a major breakthrough, James Marsden, in the Dustin Hoffman role (9/16); unfortunately, with the blank that is Kate Bosworth playing his wife, this’ll probably be more The Box than X-Men.