Find Your Dad (or His Killer), Girl

A double review of the Coen brothers' True Grit, Grade: A and Winter’s Bone, a "Precious for the rural set," Grade: B. 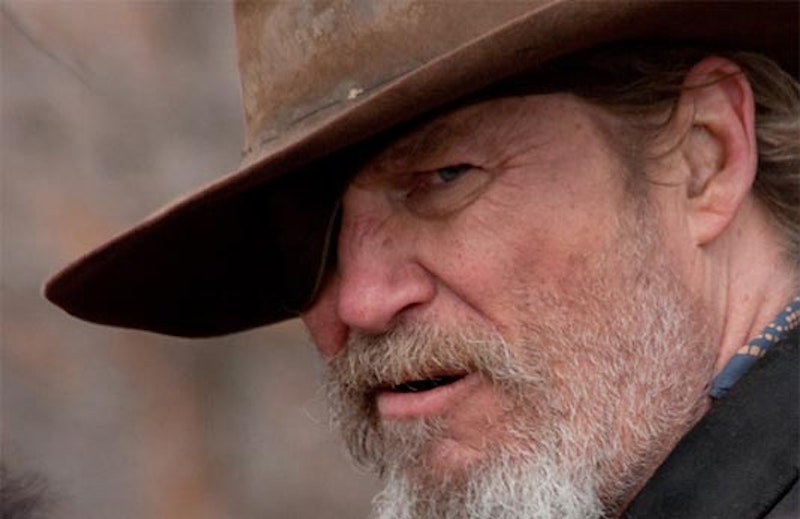 Thousands of movies are released each year, yet I’m always surprised when two of them are similar. Usually I shouldn’t be, but two neo-Westerns about a teenage girl looking for or avenging their fathers is a little too coincidental.

Why? Mainly because most films, independent or blockbuster, gives us so few examples of female leads, especially tough and resolute ones. Celebration!

Of course, beyond the plot, these two films couldn’t be less alike. Winter’s Bone, now out on DVD, follows Ozark teen Ree Dolly (Jennifer Lawrence) as she searches for her deadbeat, drug-addled father, who has skipped out on his bond, putting his household – a wife and three kids – in danger.

Don’t let the title of True Grit fool you: the film, another gold star on Joel and Ethan Coen’s scoreboard, is hilarious. The characters speak in formal, overly articulated verbiage – especially its star, Hailee Steinfeld, perfectly cast as a very grown-up and steely young girl – and embark on numerous hijinks.

True Grit has been called straightforward by Coen brothers standards, but that’s a bit of a mischaracterization. As in Fargo, the Coens have shown an affinity for direct storytelling, but there’s always something a bit queer going on. Strange characters pop up out of nowhere in True Grit, coincidences and improbabilities abound, plus there is that very-Coen blurring of genre boundaries: are we supposed to laugh at the one-armed woman? At two grown men shooting cornbread in the air? The brutal death of two drifters?

True Grit’s moral cleanliness and order might be surprising or jarring, but it is sheer entertainment. Even with its earnest protagonists and against the stark backdrop of the wilderness, it is one of the most fun and bizarre films of the year. What’s more, the pleasure the Coens derive from language, a true rarity among mainstream filmmakers, ranks it among the year’s most intelligent and sophisticated.

Winter’s Bone offers no pleasure whatsoever, to its detriment, I believe. The film is very concerned with showing us the “forgotten America.” It’s set in a Midwestern wasteland of poor white people, all either crazy, addicted to drugs or dealing them. It’s Precious for the rural set, and Ree is our hero, doggedly persevering numerous obstacles.

The film revels in silences. These are supposed to build tension and sorrow but most often feel a bit put-on, like the film’s trying to too hard to be weighty and important.

In the end, Winter’s Bone story has, buried deep within, an entertaining odyssey on the level of True Grit. But in refusing to find any joy or dark humor in the lives of any of its characters, it abandons viewers. We can’t become overly involved in the emotional lives of its characters because we feel too sorry for them. Winter’s Bone, however powerful and strong a work, inspires pity rather than empathy.

We need more stories of young girls who go against incredible odds, who prove they are just as tough, if not tougher, than men who run the wilderness. Yet I personally prefer these stories entertain as often as they teach.