Kellis: betraying her vision for all the right reasons

Flesh Tone may be nothing but bland dance music, but what would you do if you put out a masterpiece and no one listened? 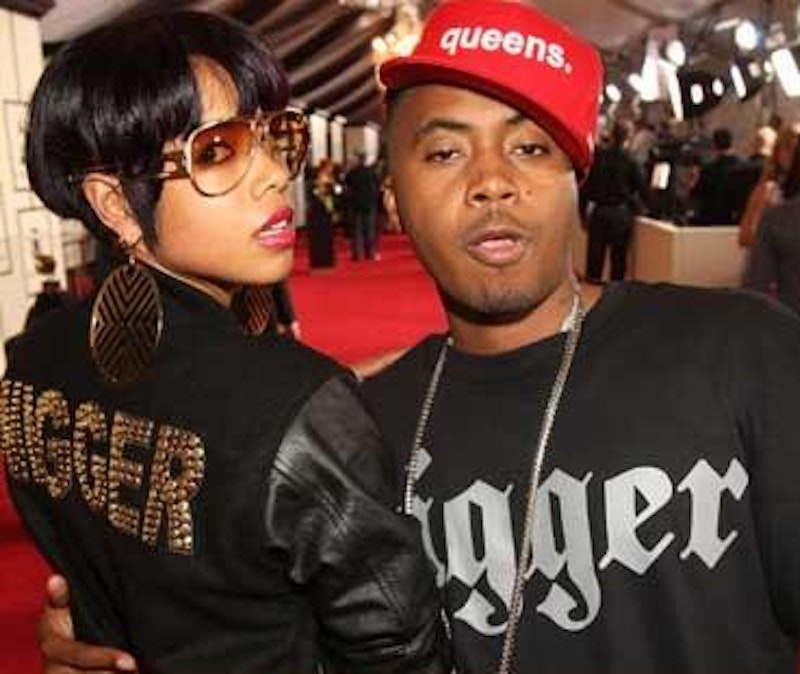 Kelis’ debut, the 1999 Kaleidoscope was a bizarre left-field masterpiece, with sparse retro-1980s vid-game production from the Neptunes, and Kelis’ unexpected phrasing and low, almost strained voice tripping and stumbling over the beats. Where Destiny’s Child went mega-platinum with girl power attitude and teen melodrama, Kelis opted to turn backpacker hip-hop into pop, creating a world of Afro-futurist extraterrestrial musings, nostalgia for the roller rink, game show metaphors, and whatever other  bizarre notion happened to zip across her skull. “Caught Out There”, with Kelis screaming “I hate you so much right now!” gave the singer a reputation as a fuming ball-breaker, but the album as a whole really wasn’t angry— it was exuberant. On it, you hear a young artist stretching her mind and her talent, declaring that she can make art out of hating her man or putting space creatures in the roller rink or championing ghetto children. It’s a funny blast of off-kilter genius, absolutely fearless in its certainty that the world would have to sit up and take notice.

But it didn’t. The album was so disappointing that her next effort, Wanderland wasn’t even released in the U.S. Critically, too, Kaleidoscope went nowhere. While it received much positive attention, it was hardly hailed as a classic. It still hasn’t hit 300,000 in sales.

Usually if a pop R&B star’s first album tanks, that’s pretty much it. But Kelis kept in there, filing down both her lyrical and musical idiosyncrasies, and finally coming up with a compromise radio could live with on 2003’s Tasty, on 2006’s bloated Kelis Was Here…and most recently on her foray into dance music, Flesh Tone.

Flesh Tone isn’t horrible. It’s just anonymous—which is perhaps even more depressing. Kelis’ distinctive, not-quite-ready-for-primetime voice is processed into bland submission, and the Neptunes’ unique production is replaced with third-drawer dance-floor dreck. The lyrical nuttiness of Kaleidoscope is entirely gone; instead we’re left with groaners like “Just like the sky on the 4th of July/you make me high.” The low point is probably “Song for the Baby,” the cheery sentiments and perky beat of which put Kelis dangerously close to Amy Grant territory. There’s a bitter irony too in “Scream,” where Kelis insists, “You’ve won the right to scream and shout.” Unlike on Kaleidoscope, Kelis does not in fact scream. She barely whimpers.

It’s easy to talk about selling out here—and obviously in some sense, that’s exactly what Kelis has done. She had a unique vision and she’s more or less entirely abandoned it in pursuit of fame, fortune, and a sound that fits her like a pair of galoshes worn about the ears. Lots of folks, from Lady Gaga to Beyonce, make great mainstream contemporary R&B, but Kelis is not one of them, and at this point it seems unlikely that she ever will be.

So yes—she’s betrayed herself and her muse, and now we must all suffer. But…well, what would you do? She made a unique, adventurous, classic record, gave it to the masse, and the masses yawned, turned over, and went back to sleep. There isn’t much of an indie option for pop R&B in the U.S.; if you’re not a huge success, you’re either reduced to releasing material overseas or you’re not making records at all. Staying true to her vision wasn’t really an option for Kelis—she could either retire or try to make some money. That’s the way things are, and there’s not much point in kicking about it. If you want to protest, the best thing to do is probably to ignore her recent release and pick up a copy of Kaleidoscope.