Armageddon Time is another good “memory movie” from a director who thinks he’s getting in right under the wire before theaters vanish. 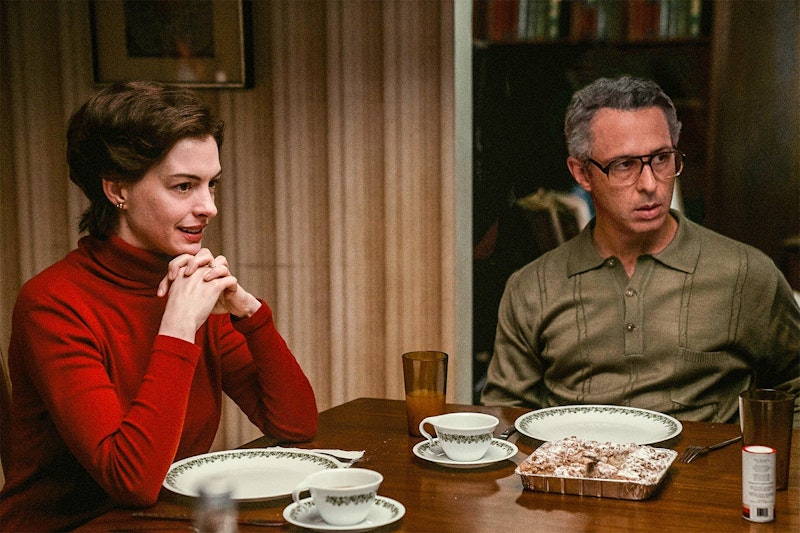 James Gray doesn’t think movie theaters will be around in a decade, maybe less. Comparing he decline of popular cinema to that of opera, he told Nick Pinkerton, "The idea of sitting in a theatre with 150 people, 200 people, in a totally passive role—in other words, looking into the window of another person… is over.” That’s from a long and depressing interview for the Metrograph, one of Manhattan’s many excellent repertory theaters in New York. However rotten they may both feel about spectacles like War and Peace (1967) and full retrospectives of Luchino Visconti selling out while directors who never made epics are ignored, they have it good in New York.

But they used to have it better. So did Baltimore, sort of, but there hasn’t been a repertory scene here beyond John Standiford at the Charles and the Senator in years. I can count on one hand the number of 35mm (or 16mm) screenings each year here. All of this supports Pinkerton and Gray’s fatalism, but when I saw his new movie Armageddon Time on Saturday night at the Charles, it was just as crowded as it would’ve been a decade ago. It was exactly the intimate and ideal setting to see any movie. Except I forgot my glasses and I’m typing this wearing sunglasses because I have a headache. Again, I could see into my future, and the present of their conversation: one day my eyes will start to go, too.

Beyond depressing, but in 2012, William Friedkin said that no movie would be shot on film and that laboratories wouldn’t exist by 2015. I can’t lose hope while major American film directors and critics say it’s all over. Gray says he’s been “depressingly accurate” about the course of the film industry for the past 25 years, but isn’t sure what comes after the fall, if it happens. I don’t think video games and cinema will ever merge in a meaningful way, and I dismiss the idea of people losing interest in a passive experience in public. And the movies are still an essential date option—in fact, the theater was all couples but me on Saturday night.

Armageddon Time is a really nice movie, another in the cycle of memory movies from Gen X and younger Baby Boomer directors who, probably like Gray, doubt they’ll be able to make movies like this and have a guaranteed wide theatrical release in a matter of years. It isn’t a masterpiece like Once Upon a Time in Hollywood (or, judging by the trailer, Steven Spielberg’s The Fabelmans), nor a flawed but superior film like Licorice Pizza, nor an obscene disaster like Roma. Like so many of Gray’s other movies, it’s finely made, with Banks Repeta carrying the movie appearing in nearly every scene as Gray’s adolescent stand-in. Gray, whose interviews are more entertaining and elucidating than his movies, doesn’t have a style.

I’m not talking about rococo angles or trademarks or gimmicks or a stock company. Take Todd Field: in his three films, over 22 years, he’s worked in roughly the same register as Gray, but Field’s films are so much more distinctive. They’re similar enough that they could’ve directed each other’s films, every single one of them, and I’m not sure that Field’s versions of Gray’s work would ever be worse. Maybe here, because for all its plainness, Armageddon Time is a sweet and moving film by a director who knows what he’s talking about and what he’s doing, even if it isn’t that interesting. Jeremy Strong even got me despite his over-the-top attempt at an accent resembling Gray’s (and I imagine his father’s), an accent bad enough if he didn’t slip out of it in nearly every scene. It’s especially bad in his two important speeches—but, like Gig Young, seeing the actor try so hard to be good is more emotional, moving, and real than whatever character they’re playing or what they’re saying.

I can’t be as hopeless as him if I want to live. But I’ll take all of these amber-hued memory movies from guys who’re convinced the world will die with them.