If we finally get some follow-through. 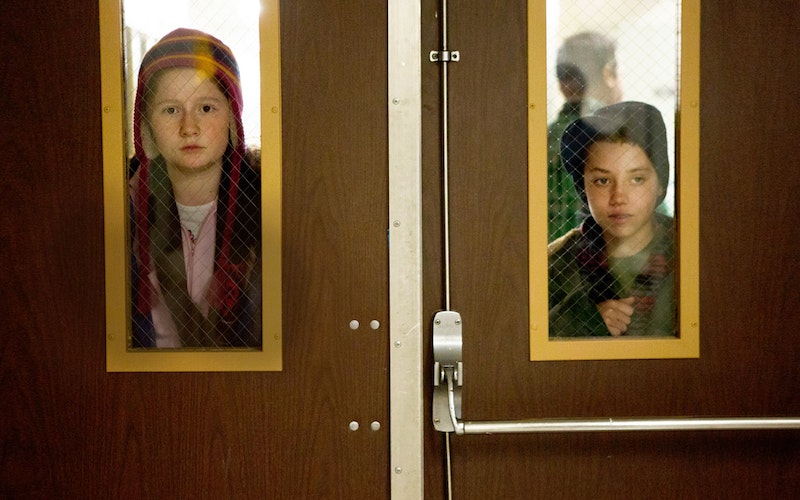 Now that season three of Shameless has wrapped up, I figured I'd look back on what was a fairly weak season overall, but ending with one of the best episodes the show has ever done. Shameless has a real knack for nailing finales, even after way too many plodding mid-season arcs. Back in January, I argued that the show had become too predictable: cheap jokes, lame hijinks, with just not enough requisite family drama to make us think something was actually happening. It was still fun to watch, I just didn't expect too much.

Thanks to interviews with writer/producer Nancy Pimental, we knew, for example, that Social Services was going to take the kids away; of course we also knew that this would last about two or three episodes before Fiona figured out some way to bring them home, because it's just too much, even for an ensemble show like Shameless, to have six or seven different story lines going all at once. Sure enough, in a admittedly heartfelt scene at the end of "A Long Way From Home," Fiona convinces a judge to make her legal guardian, and only a few episodes after DFS shows up, we have all the Gallaghers back under the same roof.

Still, I'm cautiously optimistic that the season finale, "Survival of the Fittest," marks a turning point. With Lip accepted to MIT, Frank told he must quit drinking or die, Fiona landing a 9-to-5 office job, Ian joining the army and Steve, apparently, dead, it's hard to believe that next season will be anything like the three that came before it. Yes, if any show could find a way to undo all these setups, it'd be Shameless, but I'd like to believe the writers legitimately want to shake things up.

Steve's death is, of course, the most problematic. Justin Chatwin's character hasn't been particularly interesting or well-written since season one. His early love affair with Fiona really was the show at its most heartfelt, but it's been obvious for a while now (even before all the return-to-med-school talk) that he was on his way out. And yet, if the writers wanted to make it clear that this was it, that Steve wasn't just moving to Michigan and maybe halfway through next season he'd be back, realizing he'd made a huge mistake leaving Fiona, I'm not sure I understand the reasons for merely suggesting that Nando killed him. Given what happened to Marco in the season premiere, we already know what Nando is capable of, so if Steve's really dead, why not show it?

Maybe it's just that Shameless does much better with comedy than drama. This is generally true of all the Showtime shows I've ever watched—Weeds, for example, had some really unexpectedly violent scenes (e.g., Andy's toes bit off by a stray dog) that were nothing more than a setup for some unfortunate jokes (Andy's foot-fetish porno career); likewise, Californication ruined its one truly good season (season two) by killing off Lew Ashby and then having absolutely no one care. Showtime shows tend to love the build-up and hate the follow-through, and Shameless is no exception. So we have Mandy running over Karen with her car, putting Karen into a coma that doctors say she may never recover from, only to have her recover (well, sort of, since she's now just an infantilized husk of her former cunty self) when Jody goes down on her in her hospital bed. Which is funny, yes, but not exactly emotionally satisfying.