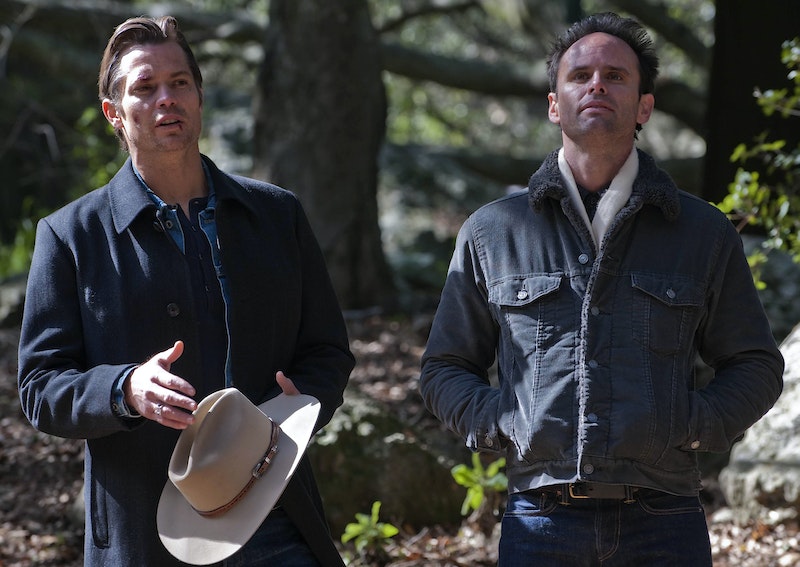 Only a season and a half in and FX's Justified has put itself on par with the best TV dramas of the last 10 years: an almost postmodern Western parody—brilliantly playing off Timothy Olyphant's previous work in Deadwood—Justified gives us a modern day Marshall who's not only mocked for wearing a cowboy hat, but who gives up shooting outlaws because there's too much paperwork involved. It may also be the best TV show since The Wire to portray a place (here, rural Kentucky) in all its historical and social complexity.

With only four episodes left in season two, I'm not sure how things will work out with the Bennetts and the Black Pike mining project. I hope the upcoming episodes are as good as last week's "Brother's Keeper"—wherein Mags Bennett proves herself craftier than we ever thought, and Coover's death may well have set off a kind of Faulknerian family tragedy. It was, as many critics wrote, the show’s “best episode yet.” Todd VanDerWerff at the Los Angeles Times went so far as to say, “If I were going to make a list of my 100 favorite TV episodes, it would stand a good shot at making it on there (and I’ve seen a lot of TV over the years).”

Much of this season's success is owed to some very strong guest actors: Margo Martindale as Mags Bennett, for example, is absolutely delightful to watch; an uncompromising matriarch whose affections for Loretta and honest love of back-country tradition make her deeply sympathetic. As Scott Tobias wrote at The AV Club:

What makes “Brother’s Keeper” so effective is the sharp contrast between the calculated Mags who handles the mountaintop deal and the emotional Mags who presides over her family’s collapse. The pre-credits scene with Loretta and Coover is pivotal: Mags brushing the girl’s hair, giving her grandmother’s brooch, treating her with a tenderness that feels genuine and not borne out of any guilt over what happened to Loretta’s father. Her boys have all turned out varying degrees of rotten, especially Coover, and in Loretta, Mags has given herself a fresh start.

It’s the end scene from “Brother’s Keeper” that bears this out: Mags, desperately pleading with Raylin to let her say goodbye to Loretta, and the stone-hardened stare when Raylin makes clear that can’t happen. It’s now the second scene from this season that’s given me chills; the first, when Raylin tells Loretta he’s “kicked up a hornet’s nest,” and hands her a cell phone in case she finds herself in trouble.

Still, it's Walton Goggins as Boyd Crowder that’s really come into his own. Watching his transformation from white supremacist to born again preacher to disillusioned grifter has been heartbreaking; a textbook case in careful character plotting. And now that he's aligned (however loosely) with Mags, what happens next—between him and Raylin, or with his relationship with Ava—is anyone’s guess.