How To Keep Your Oscar Buzz Going

There's a full year before the next Academy Awards, but you can forestall withdrawal symptoms by checking out some of the winners' older work. 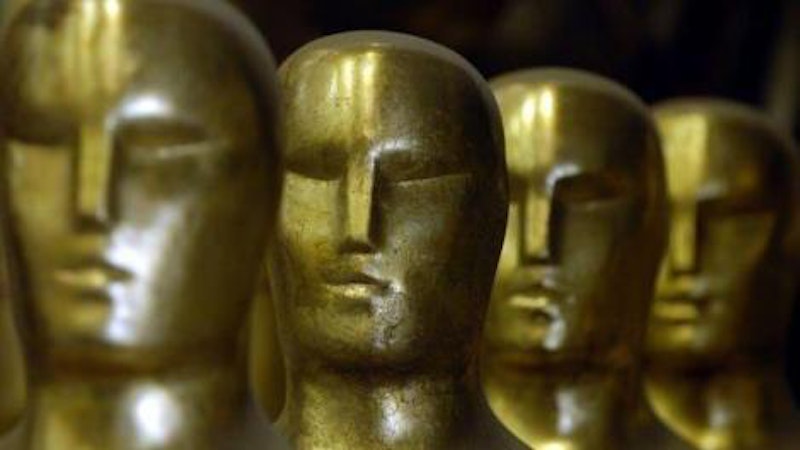 I have a tendency to short-term nostalgia: right after something is over I'm terribly sad it's gone, then get over it and move on. I rarely see movies more than once, unless they're very entertaining in a popcorn-eating kind of way (I can see most rom-coms and big budget action films many times over; that is all.)

What is an always-nostalgic one-time movie watcher to do? Oscar season 2008 is over, and yet I want to relive it again! But I can't see the movies again! What to do? Here are five easy suggestions:

1) See the movies. Let's be honest, few people can see every Oscar film. I still haven't seen Frost/Nixon and The Wrestler. I could easily prolong Oscar season by seeing these movies. But it feels a little late, right? Like showing up to the party after all the booze is gone.

2) Listen to the music. This is my favorite option. I bought the scores to Milk—had this not been a Slumdog-y year I would've died to see it win—and The Reader—because one of my favorite composers, Nico Muhly, wrote it. A.R. Rahman's Slumdog soundtrack is a hit on iTunes and it's no wonder why. After listening through them all, I felt sufficiently satisfied.

3) Watch the trailers. I love trailers. When well done—which they usually are since they're so expensive to make—they really do give you a sense of film in bite-size pieces. The trailer for Benjamin Button is better than the movie, for example.

4) YouTube your heart out. Or find some shady streaming video of your favorite film and re-watch the memorable moments in the movie of your choice. I'd paste a link or two, but I'm afraid of getting sued.

5) Become an historian. Watch the older films and performances of the directors and actors nominated this year. Nothing could be more riveting than trying to find some sense of continuity in the oeuvre of Gus Van Sant—even the gay ones are random, Mala Noche, My Own Private Idaho, and Milk?—or relive the less-than-sophisticated earlier films of our best actress nominees: The Princess Diaries, Lara Croft Tomb Raider, and Romance and Cigarettes (Winslet is heaven!). Ever heard of Falling in Love? If that doesn't satisfy, track how our supporting actresses got where they are today through sheer versatility: Viola Davis as "strong ghetto mother" in The Architect and Get Rich or Die Tryin'; Penelope Cruz as "strong foxy bombshell" in Volver, Noel and Vanilla Sky; Amy Adams as "slightly vapid innocent young beauty" in Junebug, Enchanted and The Wedding Date.

Or just get over it. Any day now!