Hell is a City 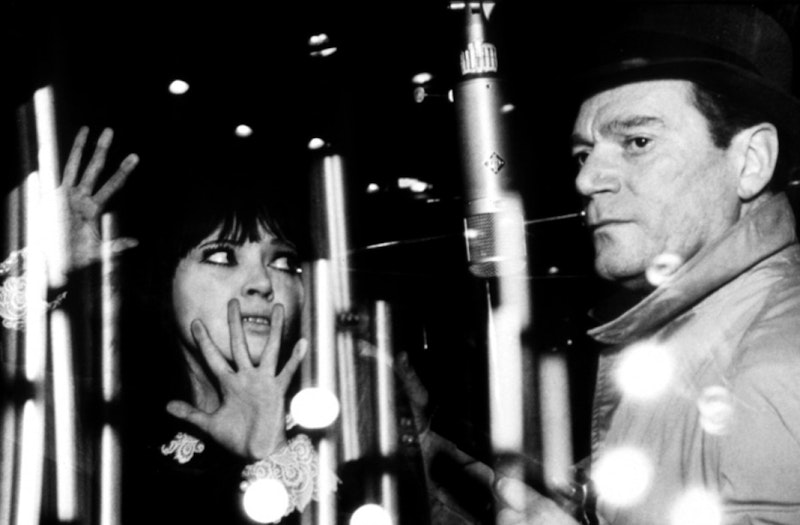 Hell is a city, and Alphaville is such a city. The problem with Hell is Alpha 60, a damned computer. What the computer doesn’t understand, it condemns—love, for instance. Words like conscience and autumn light mean nothing to a cold-hearted computer, so these words are eliminated along with the painters and the poets. People are sad and say horrible things to each other: “Why don’t you hurry up and commit suicide?” It’s a gross town where men are forbidden to weep for their beautiful wives; they may muse on the mysteries of love from atop a diving board before they’re executed by a firing squad into a pool populated by synchronized swimmers ready to stab them. This is one of the technocratic city’s most pleasurable activities.

Something must be done. Thus, the arrival of an outsider named Lemmy Caution (Eddie Constantine) carrying a photograph of the scientist responsible for this dump. Caution’s orders? “Return him, or liquidate.” The man goes by Von Braun, but he also answers to Nosferatu.

Caution has a perversely appealing face despite the resemblance to rotting wood. Natacha (Anna Karina), a programmer, thinks he’s cute—he likes her smile and how her pointed teeth remind him of old vampire films. It’s no surprise she’s Von Braun’s daughter. She knows nothing of love; he feels he must save her.

He says, “All things weird are normal in this whore of cities.” The future is Paris, January 1965, in black and white. “Fuck yourself and your logic,” he declares.

Questioned by one of the super computer’s many nerve centers, his tart comments leave the machine nonplussed. “What is the privilege of the dead?” “To die no more.” “What illuminates the night?” “Poetry.” “What do you love above all?” “Gold and women.” Caution’s subsequently attacked and beaten. Natacha watches, mortified. “Are you crying?” a colleague asks as they drag the agent away. “No,” she says, tears streaming down her cheeks. “Because it is forbidden.”

To Caution’s benefit, he stays committed to the task. Plus, he’s quick with a gun. (“I’m too old to argue, so I shoot. It’s my only weapon against fatality”).

The terse, final exchange between the evil scientist and our outsider hero is pure, hardboiled Godard.

“I’m afraid of death…,” says Caution, “but it’s a fact of life, like whiskey, and I’ve drunk that all my life."