Guilty All the World Round

The Guilty, a remake of the 2018 Danish film of the same name, is quite good for what it is. B+ 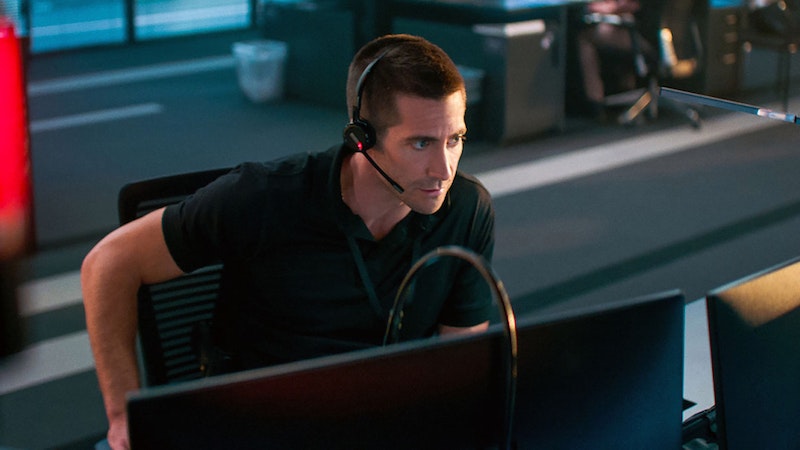 The 2018 Danish film The Guilty, directed by Gustav Möller, was one of the darlings of the film festival circuit in 2018, starting the year with a Sundance debut and ending with a shortlisting for Best Foreign Language Film at the Oscars. It starred Danish actor Jakob Cedergren as a disgraced cop, banished to working a long night at dispatch. The reason he’s there, and the reason for his angst on this particular night, is that the next morning, he’s scheduled for a crucial disciplinary hearing concerning a transgression he committed in the field.

The film was told almost entirely in real time, with the cop answering the phones, getting drawn into a scary and twisty series of calls involving a divorced couple and children in danger, and relating it to his own upcoming court hearing. It was both an extremely tense experience and a filmmaking exercise in how to sustain that type of suspense over 90 minutes.

Now, we have a faithful American remake of The Guilty, starring Jake Gyllenhaal, and with the action shifted from Denmark to Los Angeles. But it’s the same plot, with all the same beats, and even the same tension. The remake debuted in mid-September at the Toronto International Film Festival, ahead of a theatrical release September 24 and a Netflix debut the week after that.

The new The Guilty was directed by Antoine Fuqua, written by True Detective creator Nic Pizzolatto, and features Ethan Hawke, Riley Keough, Paul Dano and Peter Sarsgaard as voices on the phone. The Guilty was filmed in a short period of time, just 11 days, in essentially one room. The reported budget of $9 million, I'm guessing, was spent mostly on actors. The film is so like the original that one has to wonder whether a remake was necessary, and whether a writer of Pizzolatto's caliber wasted his time.

A few other characters appear on camera, but for the most part, this is the Jake Gyllenhaal show. Gyllenhaal is magnetic in a role in which he's on screen in nearly every frame. His performance is enough, by itself, to justify the remake's existence. The biggest change from the original is that it adds a note of backstory for the cop character, giving him an estranged wife and daughter.

As for the voice cast, Keough is the standout. It's a tricky form of acting, one showcased in the little-seen but great recent Apple TV+ show Calls, but Keough and Sarsgaard make the most of it. And so does Hawke, a veteran of Fuqua's other Los Angeles cop film, Training Day, which turns 20 next month.

Something happened in between the two The Guilty movies: George Floyd’s murder. It casts a shadow, especially the parts about Gyllenhaal's past crime and upcoming hearing. But the film keeps this subtle, and doesn't make meaningless changes from the original.