Prince of the City is Sidney Lumet’s last masterpiece and one of the best police films ever made. 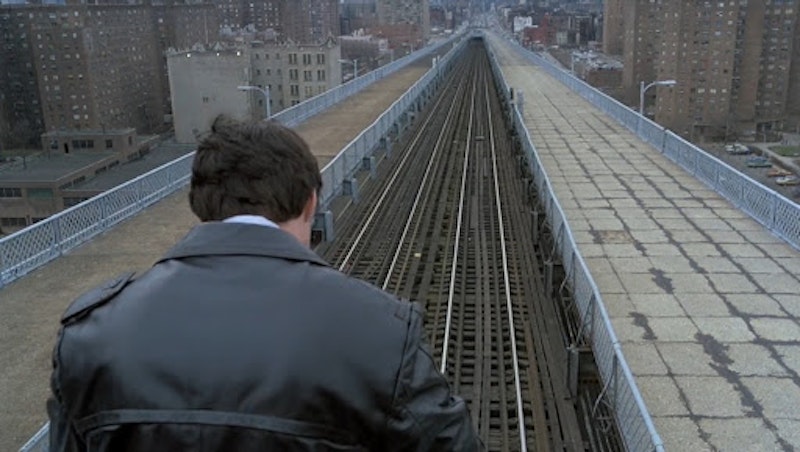 Cop movies are rarer than you think. More often, we see films about criminals and police, their co-dependence and similarities a theme long since exhausted. Pure cop movies—internal affairs—are rare for a number of reasons. First, the material doesn’t lend itself to dramatic interpretation. Movies like The French Connection, Bullitt, and even The Departed are adrenalized and full of action, bent or fully crooked cops committing crimes (for the greater good). No issues with entertainment, but those films are broad beyond fantasy next to the typical legal or medical drama, both still simplified and hyperbolized, but with no car chases or bad lieutenants.

Prince of the City is the best cop movie I’ve ever seen. Sidney Lumet directed it in 1981, from a script he co-wrote with Jay Presson Allen (after they had Brian De Palma and writer David Rabe fired, the people that developed the movie for a year, because they thought their script was too good not to steal). This is a year before The Verdict, one of Lumet’s more acclaimed and seen films, and often “the last good one” critics point to. Silliness: Paul Newman is fine, and Charlotte Rampling is great with the 20 minutes she has, but David Mamet’s script is a fantasia of its own.

Again, nothing wrong with the great imagination: but what struck me about Prince of the City, recently released on Blu-ray for the first time by Warner Archives, was its unsentimental, alienated approach—a movie where form and fancy technique are sublimated completely into the material itself, and in how the audience receives it. You could call this movie Brechtian, but why bother? It’s true, but misleading: it just happens that the way that people are processed and spit out of American institutions is particularly impersonal, and when applied to the NYPD and our federal government, the alienation effect isn’t quite as noticeable as in Our Town.

The film begins with a shot of Danny Ciello (Treat Williams) and his wife Carla (Lindsay Crouse) in bed at night—she’s asleep, he’s not. All we hear is a heartbeat. Cut to a slideshow of Danny and his partners in the Special Investigations Unit: Gus Levy, Bill Mayo, Joe Marinaro. They’re played by Jerry Orbach, Don Billett, and Richard Foronjy, respectively, but they’re not credited at the beginning of this 167-minute movie. No one is: the only title cards we see are in closed quotes, most of them reading like snippets of a chapter description. The title comes second, as we meet the SIU in their element before Ciello turns. The premise is familiar: the youngest detective on the force has a guilty conscience, and wants to break up or reform the unit without hurting his partners. You can imagine how much sympathy the feds have.

Before Ciello is pulled into a bureaucracy that only Lumet could find some humanity in, we follow him as he gets hit up in the middle of the night by one of his “junkie stoolies”—the guy is dope sick, he needs a hit bad. Cue an all-night chase involving two dope-sick addicts, a selfish junkie girlfriend, and the familiar emotional rollercoaster of going to score drugs. It’s an astonishing sequence because everyone involved is at their hysterical worst, especially Ciello, who mugs another one of his informants to get heroin for the first informant only to find out that the second guy isn’t a dealer, and he’s bashed his nose in so bad he can’t breathe. The first guy’s girlfriend does all the heroin as soon as they get home, and he beats the shit out of her. Ciello goes home.

This is not Law & Order. Despite the fact that this chase ends on a rooftop in the rain, it’s one of the most riveting sequences in any of Lumet’s films, and some of the most potent social material abundant in all of his films. But what puts Prince of the City over the top is its cinematography, by Andrzej Bartkowiak, in only his second job as Director of Photography. At the age of 30, Bartkowiak shot what looks like the work of a mature master easing into their twilight. Prince of the City feels like a career summation, a final statement and something of a revision on all of Lumet’s past films.

The other two things that separate Prince of the City from all other cop movies are, unfortunately, straightforward and technical: there’s hardly any music in the film, and the editing is merciless. There’s over 100 locations, even more speaking parts, and scenes don’t usually last more than a couple minutes in one place or one time. You’re thrown in it as much as Ciello, who tries to crawl out of the hole the feds keep putting him into. One particularly avaricious prosecutor played by Bob Balaban wants all of the SIU, including Ciello, strung up. Even after Ciello sings, two dozen men meet to decide whether or not he’s going to prison, too.

God, what’s a little heroin ever done to anybody? No harm, I’m sure of that… these guys are crazy!

The absolution and penance angle is played right up to the line, but it never reaches the tortured Catholic guilty of Martin Scorsese or Abel Ferrara. Ciello’s driven by his desire to “do good”—a point is made throughout that cops are one of the only professions with any kind of loyalty or sense of a higher moral standard. One of the feds defending Ciello points out that, “You don’t see lawyers making noise about malpractice. You don’t see doctors making noise about Medicaid fraud.” Ciello’s going out on a limb for them and they’re acting like terminators, all comfortable in their three piece suits while Ciello and his partners chase after informants and keep them in food and drugs so that they can continue to sing—a policeman’s work is never done!

Brian De Palma may have had Prince of the City “stolen” from him—no doubt the studio considered Lumet more respectable and bankable—but this is Lumet’s world. De Palma would’ve made it into a cartoon, like his remake of Scarface, a project he took from Lumet after the latter came up with the idea to make the movie contemporary and Cuban. Prince of the City hasn’t had the shelf life of Scarface, and its proximity to The Verdict null its chances to be regarded as Lumet’s masterpiece and the last great film of his career. Prince of the City is the culmination of everything he made, particularly 12 Angry Men, Fail Safe, The Pawnbroker, Network, Serpico, and Dog Day Afternoon.

These are all films that romanticize the American justice system and the amount of courage in the average person. Lumet admitted that 12 Angry Men was “essentially romantic, a fantasy” of what would happen in an American jury room—“I would know, I’ve been in them.” But again, as he points out, “we are making movies.” All of the above films deal with urgent social and political issues: the death penalty, the Holocaust, nuclear war, police corruption, media manipulation, crime in every direction. And in all of them, there are beacons of light: Henry Fonda in 12 Angry Men and Fail Safe, Geraldine Fitzgerald in The Pawnbroker, Charles Durning in Dog Day Afternoon, and even William Holden in Network. That sentimentality is gone in Prince of the City.

Treat Williams’ performance is so blistering, you wonder why he stuck (or got stuck to) the stage and television. Prince of the City didn’t do well when it came out, and for such a thorough and laser-focused movie, it remains ambivalent throughout, with characters on Ciello’s side initially that don’t turn but sway, through the very end. In this junket interview with Lumet and Allen from the summer of 1981, Bobbie Wygant begins: “Well I must say to both of you that if you set out to make a movie that was disturbing, a movie that would shake people up, you really batted a thousand with me, because I, I… it’s hard for me to say I ‘enjoyed’ the movie because I was really so upset by it.” Allen practically interrupts her: “Good.”

(Wygant said the same thing to Melanie Griffith when The Bonfire of the Vanities came out nine years later!)

Ciello’s the last Lumet hero, it’s not Paul Newman in The Verdict. This is a man who’s driven by his conscience, not his faith, to “do the right thing” and try to find a way to be the best cop possible while still able to look at himself in the mirror. At every turn, he faces villains and obstacles, and even as the city crashes down on him, he weathers it, along with his family. But it never ends. The vampires, whether they’re the feds, the mob, the stoolies, or even your own partners, are everywhere. Prince of the City is brutal and four square in its depiction of reality in New York and America, in every way a film in the same league as The Godfather: an aesthetic and formal masterpiece that never becomes anything less than gripping.