How many more films can del Toro drop out of? 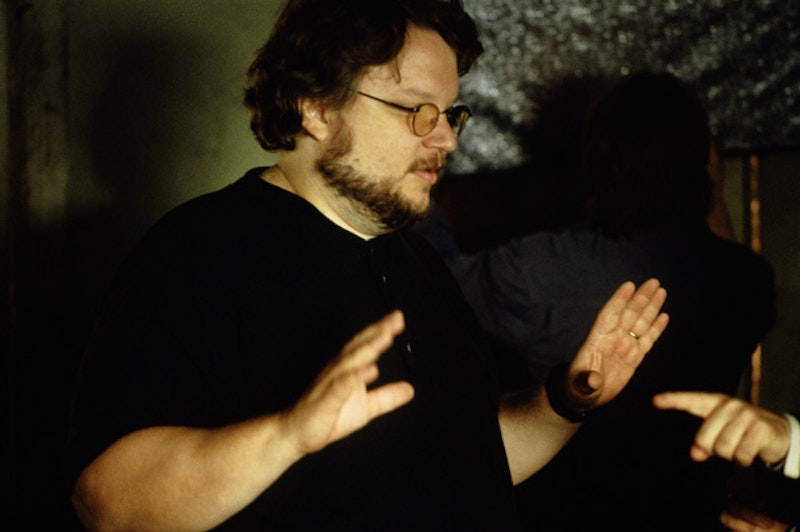 Hollywood history is haunted by filmmaking phantoms who spent, brawled, or simply disagreed themselves out of jobs. Orson Welles is probably the most famous, taking acting gigs in the likes of Butterfly and Hot Money to finance his latter directorial efforts like the never-completed The Other Side of the Wind, but there are plenty of others. Such as Eric von Stroheim (truculent attitude, seeming inability to deliver a film under three hours), Francis Ford Coppola (finally admitting defeat after decades of pre-production work on a sci-fi epic called Megalopolis, which would have been too expensive to film—and for someone with Apocalypse Now and One from the Heart on his resume, that’s saying something).

Now let’s add Mexican auteur Guillermo del Toro to the list. Having made his bones with fanboys via the Hellboy franchise, the art-house crowd with The Devil’s Backbone, and both with Pan’s Labyrinth and Cronos, del Toro is quickly becoming known for expending a lot of energy on complicated, effects-heavy productions whose price tags—not just in physical dollars, one senses, but also in emotional turmoil—ultimately see him exiting those projects.

The first of these was The Hobbit, the much-plagued Lord of the Rings prequel that was initially threatened when New Line Cinema’s since-axed co-founder Michael Shaye, annoyed with LOTR helmsman Peter Jackson’s lawsuit seeking unpaid wages, declared the film would never take place with Jackson’s involvement. Eventually Jackson came on board as producer, with del Toro along for the ride as co-writer and director.

As the planned two-film Hobbit continued being developed, however, the intricacies of the CGI and other special effects—longtime objects of fascination for both del Toro and Jackson—and rumored (if never-officially-stated) disagreements between the two filmmakers eventually saw del Toro leave the project last May. The stated reason for his departure was ongoing delays surrounding the films’ financing, but a glimpse into del Toro’s growing cold feet could be seen in a Feb. 7 New Yorker profile.

Del Toro later said that he inevitably imposed his sensibility on source material: “It’s like marrying a widow. You try to be respectful of the memory of the dead husband, but come Saturday night . . . bam.”
Mercifully deciding against Hellboy 3 (at least so far), del Toro began casting about for other projects, including a long-gestating take on Frankenstein (since we haven’t nearly had enough versions of that), before settling on an R-rated adaptation of H. P. Lovecraft’s At the Mountains of Madness—budgeted at a reported $150 million.

Lovecraft remains the great white whale for fantasy filmmakers. A singular (if pulpy) stylist, his visions of multi-tentacled creatures living in alternate universes but still holding sway over mankind would seem ripe for movies, but as quickly forgotten versions of The Dunwich Horror and The Unnamable have proven, his mythos to date has worked much better on the page than on the screen. (Lovecraft was also the inspiration for the infamous Re-Animator pictures, as well as John Carpenter’s In the Mouth of Madness… though it’s doubtful that he’d recognize his own work.)

Mountains is one of the key Lovecraft titles, dealing with such beings as Cthulhu, the Mi-Go and the Shoggoths and a group of scientists/adventurers who travel to Antarctica to learn their secrets. (I’m way oversimplifying here.) That $150 million sounds about right in trying to bring these extra-cosmological creatures to life, without even counting the salary for proposed star Tom Cruise (who’s probably available at something of a discount these days, anyhow).

Nevertheless, late Monday, del Toro announced that the Mountains will have to go mad without him. He blamed studio Universal’s insistence on a non-R rating, maintaining that he hoped to make something “really, really uncomfortable and nasty” that would serve as a tent pole for numerous future Lovecraft projects.

Deadline conjectured that the film would have had to make at least $500 million to be profitable—something pretty difficult for an R-rated film to pull off in the current climate.

But it’s either del Toro’s way, or no way. As that New Yorker piece reported:

Del Toro indicated that he would not be willing to make radical adjustments to his vision. “I don’t want to make a movie called ‘At the Mountains of Madness.’ I want to make this movie. And if I cannot make this movie I’ll do something else.” He paused. “It’ll be horrible.

I remain somewhat ambivalent about del Toro’s abilities. The Devil’s Backbone is terrific, but while Pan’s Labyrinth is undeniably a feast for the eyes, I found some of its dialogue risible and its metaphoric qualities bludgeoning. As for the Hellboy pictures… well, at least they give Selma Blair something to do.

Still, it’s hard to think of someone more equipped to deal with Lovecraft in a serious way than del Toro. As he potters around his horror film-memorabilia-strewn home—which he calls (ugh) Bleak House—perhaps he’ll still come up with a way to bring Mountains (or at least a less-detailed Lovecraft tale) to the screen.

Or maybe he’ll be reduced to shooting wine commercials – another of Welles’ unfortunate legacies.