So Christina Yang’s back in Seattle. Already. Fuck. 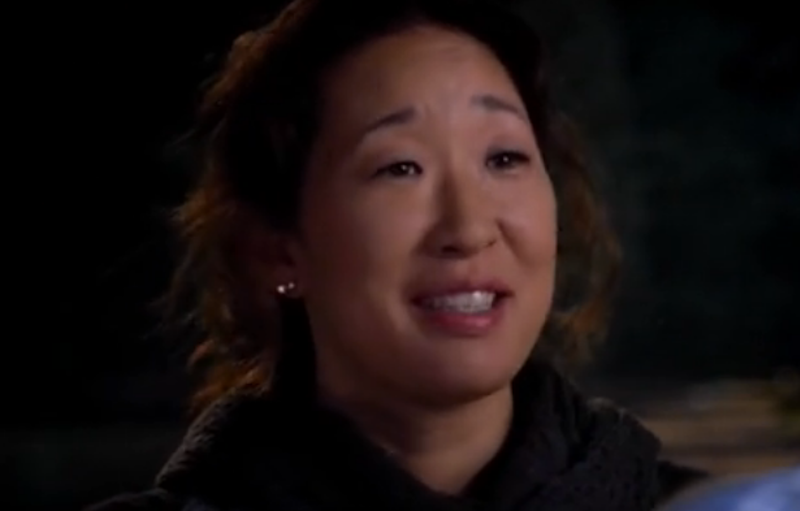 Five episodes: that’s all it took for the current season of Grey’s Anatomy to fritter away any convention-bucking good will it may have laid claim to. At the end of last season, the producers staged a plane crash as an exit strategy for some stars and a plotline jumpstart for others.

While the Seattle-side fallout from this artificial calamity isn’t worth encapsulating, it’s worth noting that the crash had the effect of stranding headstrong, blunt-instrument surgeon Christina Yang (Sandra Oh) halfway across the country. Imagine Yang as an attending in frosty Minneapolis, navigating new personalities and work politics, snow everywhere, stuck babysitting some doddering old feeb in operating rooms, gulping down her new boss’s Midwestern malarkey.

That is where Grey’s Anatomy started out this season: arctic purgatory, the seeming inverse of liberal-elite every-doc-for-herself enclave Seattle, a nightmare netherworld where the not-quite-divorced Yang could start over, or exist, or at the very least hide out. Oh, sure, there were Skypes and cell calls to Meredith Grey (Ellen Pompeo) back at Seattle Grace, but the thoroughly pro forma nature of these conversations—thin-gruel versions of the Sorkin-speak palavers viewers used to rehash at the water cooler on Friday mornings—implied that Yang’s ties to the medical campus that spawned her were unraveling.

Her indifference on certain matters spoke volumes, to me at least; she was yielding, as some will out of necessity or desperation or a sudden suspicion that growing up is equivalent to cutting bait and running.

All of this was too good to be true: the defection of one character of an ensemble cast to a different city, if that character isn’t really leaving the show, traditionally lasts an episode or two. Grey’s stirred the pot by making anybody sucker enough to buy into its gumption, anybody willing to trick themselves into believing that Yang’s case of Minneapolis Stockholm Syndrome was concrete, as she started banging her new boss, inadvertently became besties with the doddering old feeb, realized that her new boss was trying to railroad the doddering old feed into retirement for reasons that were logical, and then fought bravely to save the guy’s career. That plot arc was the most interesting thing Grey’s has had going for in in eons, and I would’ve respected the show if it really had the balls to flesh and stretch the storyline out further and longer, and if there had been some will on the part of the creative team to establish a sort of alternative universe group of friends for Yang out in the Twin Cities that was unnervingly asymmetrical to her Seattle friends.

If they’d really wanted to be daring, they’d have dropped Seattle altogether for a half-season, just delving into Yang’s inevitably abortive attempt to start over, some Cheers to Fraiser ninjitsu. But as you can guess, nothing that brave or daring or interesting happened. Grey’s killed the doddering feeb in the operating room, a heart attack, and this whole misadventure got the An Important Life Lesson For Yang About Being True To Herself Despite Haters treatment, and she showed up drunk on Meredith’s doorstep, and tonight she’ll be back to kicking ass and taking names in Seattle Grace. And it all went down in five episodes. Was I a fool for expecting so much, or is it just that I’m inventing reasons to force myself to keep watching this show? Damn.