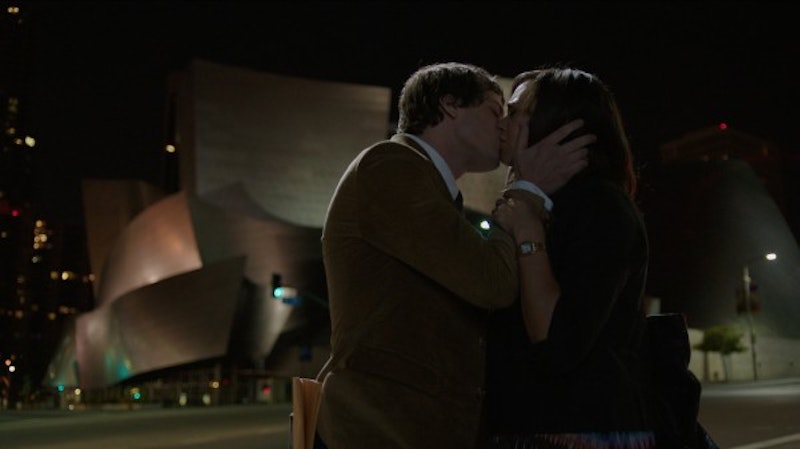 Celeste and Jesse Forever and Lawless are both films that overcome their formulaic scripts with magnetic performances. I expected better from both: Celeste and Jesse is Rashida Jones’ screenwriting debut, by all accounts the anti-romantic-comedy, and Lawless is written by Nick Cave (yes, that Nick Cave). Neither totally pull through: both scripts wander and stumble through weak second and third acts, and their inner logic is suspect, but these films are held aloft by their wonderful performances, and they’re consistently entertaining.

Celeste and Jesse Forever was co-written by Jones and Will McCormack, who plays a struggling pot dealer and whose character is easily the best part of the film. It’s not anything more than a wisecracking stoner role, but McCormack’s lanky, affable demeanor and rubbery tongue make up for what would’ve otherwise been a Seth Rogen knock off. Celeste and Jesse thinks it’s being more subversive than it really is, and besides a T-bone twist that comes out of nowhere early in the movie, these tracks have been laid long before by countless insufferable rom-coms. But enough about formula: everyone in this movie is eminently likeable and a pleasure to watch. Even though the spine of the script might be a rehash (guy and girl best friends since high school, married for six years, separated, still hang out all the time, he’s an oaf, she’s a workaholic… then the roles REVERSE! with that twist), there’s a freshness in the phrasing of the dialogue and the natural sway of their conversation that keeps it interesting. It feels real, even if the logic is suspect. And Elijah Wood as Jones’ gay boss? Luhv it.

Lawless operates under the same handicaps: okay script, good performances. Shia LaBeouf, beginning in earnest his attempt at serious acting, is actually watchable for once as the wimpy and naïve youngest Bondurant brother, a band of three that sells moonshine under the table in Virginia in 1931. Tom Hardy is already the best actor of his generation, and he expertly pulls off a role that’s mostly grunts and chagrined stares. There’s a great running joke that’s brought up only two or three times about Hardy being immortal, and it’s taken to comical extremes in the film’s final shootout sequence. Guy Pearce is also excellent as the fey and perfumed Chicagoan Charlie Rakes, a bastard Special Agent looking for the Bondurants and their bootlegging money. Gary Oldman is in it for about five seconds but he does his thing. But who would’ve thought Nick Cave would’ve penned such a bland, middlebrow script? Again, Lawless is a fun movie to see with friends or alone, but it has the aesthetic muddiness of a film without clear vision. Maybe his script got ghostwritten or mostly ignored, who knows. He did have a part in performing the soundtrack, which is an even more confusing ordeal: why include two wanky covers of the Velvet Underground’s “White Light/White Heat” when you could’ve had all period music, none of which is subject to copyright?

These movies put exactly what you expect out on the table, and follow formulae we were sick of years ago. The seams are visible and bursting in places, but by the grace of great acting and watchable actors (I’ll watch Elijah Wood in anything, the man’s a pro), they stay afloat. Even if they don’t push as much as they should, you could do much worse at the Cineplex.