The Banshees of Inisherin is Martin McDonagh’s best film, a great movie that needs time to settle even with the people who love it. 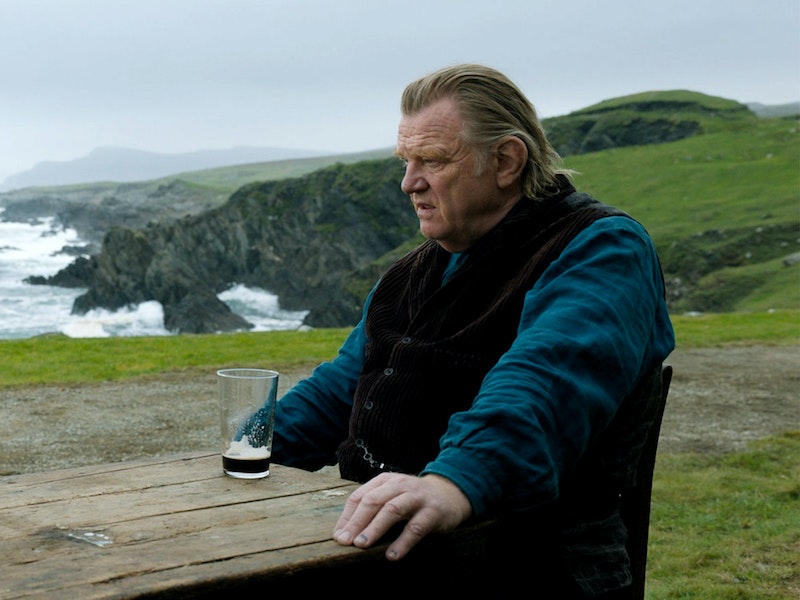 Artists are often ignored, dismissed, or hated in their home countries, only to find acclaim, success, and respect abroad. Most Americans under 45 probably only know about Jerry Lewis through his telethon and all of the jokes about his popularity in France (to the expense of Lewis and the French). Woody Allen and Clint Eastwood are beloved in Europe, but they’ve both effectively been iced out of making movies in America (even Eastwood, “last man standing,” was laughed at by new Warner Brothers head David Zaslav, who asked incredulously why Cry Macho was even made in the first place). America has a complicated relationship with Quentin Tarantino, but in Russia, he’s regarded as a philosopher rather than a mere entertainer. But we’ve embraced numerous artists who were rejected or forgotten about in their countries: Akira Kurosawa, Rainer Werner Fassbinder, Thomas Bernhard, even Led Zeppelin.

Martin McDonagh is a stranger case: a foreign filmmaker beloved in his native Ireland—a country that has produced so few directors, international or not—but hated by many American moviegoers. It’s the same kind of intense, knee-jerk dislike that colors American artists, but McDonagh has been written off and condemned for being a chauvinist, juvenile, racist, you name it. On the one hand, I think he reminds a lot of Americans of Guy Ritchie, so for anyone who had to suffer through Lock Stock and Two Smoking Barrels, McDonagh’s loquacious and foul-mouthed characters might’ve been enough of a warning. And again, Tarantino is comparable: plenty of people call him and his films racist, but if pressed, they can’t name a moment or comment from him or his work that validates that. That’s what you get for dealing with life in shades of gray.

McDonagh’s Three Billboards Outside Ebbing, Missouri was a remarkable film, all the more so for how acutely observed and incisive it was—forget for a foreigner, for anyone. No other recent popular film has more accurately drawn 2010s Middle America other than Andrea Arnold’s American Honey, another foreign filmmaker. Three Billboards came out a year later and got far more attention, and like The Deer Hunter, had plenty of people calling it reactionary and racist when I couldn’t for the life of me see where or why. There was a visceral feeling against this movie that cuts deeper than stated politics—and if you criticize the vigilante justice ending, well, maybe you’ll like She Said.

The Banshees of Inisherin is McDonagh’s follow-up, and it reunites him with In Bruges stars Colin Farrell and Brendan Gleeson. His first feature film set in Ireland, Banshees isn’t a world away from McDonagh’s Missouri or Belgium, but for the first time, we’re not following someone out for blood. Whether it’s the hitmen in Seven Psychopaths or In Bruges, or the criminals, cops, and everyone in between in Three Billboards, so far McDonagh has made films about people with immediate, high stakes tasks and goals. Banshees is his first quiet film, one not without violence but certainly missing the urgency of his previous films. Although perhaps not as entertaining as In Bruges or Three Billboards, there’s no question that Banshees is McDonagh’s best work and the kind of reflective, “adult” movie that everyone always whines about wanting to see (which they never do).

Farrell plays Paddy, a nice man without too many braincells but a big heart; Gleeson plays Colm, a mercurial fiddler. They live on the isle of Inisherin in 1923, with the Irish Civil War raging just miles away. They were the best of friends until the movie starts: Farrell walks up to his friend in the pub and sits down. “Sit somewhere else,” Gleeson barks. More than surprised, Farrell looks wounded and confused. What did I do? What did I say? But once the movie starts, Gleeson has already decided to stop spending time with his former best friend. He’s got 10 years or so left, if he’s lucky, and he’d like to spend them working and preparing for posterity rather than wasting time with a pleasant but dim dolt.

The question that eventually arises is: would you rather be liked or remembered? As with all good films, Colm and Paddy are both right and wrong: there’s more to life than drinking pints and staring at the sea, but at what point does an artist’s work become more important than their own life and behavior? Moreover, where does Colm come off abandoning his best friend out of the blue and then, finally, explaining that he needs to spend his time entirely on his music because he wants to be remembered like Mozart, “from the 17th century.” Siobhán (Kerry Condon) corrects him after Paddy’s left and several minutes have gone by, an error that came in the middle of a torrent of vitriol that the audience probably missed. McDonagh’s film is filled with tennis dialogue, all quick cuts and quips that propel otherwise leaden material meant for the stage.

The Banshees of Inisherin is the rare film that feels derived from a play, isn’t, and couldn’t be improved upon on the stage. McDonagh’s cinematic characteristics—slapstick cutting, graphic violence and gore, harsh dialogue and delivery, few close-ups (there’s one in particular that stuck out, so to speak)—all reinforce a familiar theatrical model that popular audiences in America have usually rejected. The conflict at the heart of Banshees is as high-toned as anything in O’Neill, Sartre, or Mamet. Despite its profusion of “fecks” and negativity, The Banshees of Inisherin is a beautiful, somber film that won’t announce itself immediately. It’s the kind of film that needs time to grow, one that for all its relentless splenetic energy, I keep thinking about wistfully, as if Brendan Gleeson doesn’t cut off all of the fingers on his left hand.